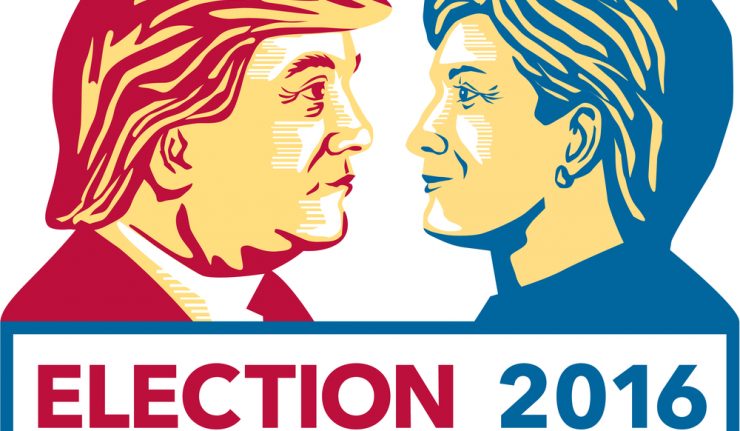 Once upon a time, there was an election widely heralded as the most divisive presidential contest in the history of the republic.

On one side, you had an establishment candidate funded by a cabal of deep-pocketed elites, who represented entrenched political interests, manipulated the media and represented the continuation of the status quo. Their objective? To make sure “their candidate” for the White House was elected. And that candidate was a familiar, vetted and reliable ally who would make sure that the current, increasingly corrupt and crony-driven political machine would continue to roll on.

On the other side were the populists. These unsophisticated rabble-rousers, located far from the power centers of New York and Washington, D.C., felt disenfranchised, exploited and ignored. For them, the rapid technological change of recent decades that had made them seem expendable was both dizzying and confusing.

An unwelcome immigrant influx threatened their values, their way of life and their very livelihood. The perceived oppression by the coastal elites had even led some of them to flirt with the promise of a more egalitarian, positively un-American promise of socialism.

These ordinary Americans found their representative in the unlikeliest of candidates — a quintessential anti-politician who drew massive and passionate crowds. This candidate inspired the frustrated masses with his unconventional rhetoric and message that the game was rigged against them. His iconoclastic, anti-establishment economic policies promised to upend the entire world of the political elites.

The upcoming election was the last chance for ordinary people. The outcome would determine the direction of the United States for decades to come.

The establishment candidate was William McKinley, handpicked by Carnegie, Rockefeller and J.P. Morgan. And the populist firebrand was William Jennings Bryan, who concluded one of the most famous speeches in American history with the words: “you shall not crucify mankind upon a cross of gold.”

Mark Twain purportedly said: “History does not repeat itself — but it does rhyme.”

After spending time studying the Gilded Age and the Progressive Era in U.S. history, which roughly occurred between 1865 and 1920, I have found that the parallels between the social and political climate of that period and today are remarkable.

On the one hand, the Gilded Age — ironically, a phrase also coined by Mark Twain — was a time when an emerging nation torn by Civil War rebuilt itself into the largest and most powerful economy in the world by 1900.

The Gilded Age was the era of the giants of American business — railroads (Vanderbilt), steel (Carnegie), oil (Rockefeller), banking (J.P. Morgan) and electricity (Edison). Evidence of lesser fortunes built during that time still stands today, in the universities named after Johns Hopkins, a prominent Baltimore tea merchant, and Leland Stanford, the California railroad magnate who plunged the Golden spike into the first transcontinental railroad in 1869. By all conventional economic measures, the United States was the “China” of its day.

This period of rapid economic and social upheaval also led to an increase in economic inequality. From 1860 to 1900, the wealthiest 2% of American households owned more than a third of the nation’s wealth, while the top 10% owned roughly three-fourths. Promises of achieving this wealth foretold the rise of Horatio Alger — a fictional character who inspired thousands to rise, if not to “riches,” then at least to “respectability.”

On the other hand, it was also a time of massive labor strife — like the Haymarket riot in 1886 and the Homestead Strike of 1892. This discontent led to the eventual rise of labor unions, and a period where workers even flirted with the promise of Russian-style socialism. In 1919, the United States saw more than 3,600 labor strikes and dozens of anarchist bombings which targeted U.S. Senators and the Attorney General. On May 1, 1919, federal authorities mobilized to suppress what they expected to be the outbreak of a socialist revolution similar to the ones seen in Russia and Hungary.

Large-scale immigration also inspired fear and loathing among Americans. Too many swarthy Italians and Eastern Europeans working in Carnegie’s steel mills threatened to dilute both American blood and culture. It was in 1892 that a Chicago minister penned and popularized the “Pledge of Allegiance.” Eventually, this pledge came to be recited in classrooms every day all across America to help ensure the loyalty and patriotism of the new generation of American immigrant youth.

The parallels to today are clear.

Today’s world is also characterized by technological upheaval which is disrupting previous ways of life and displacing an entire generation of workers. Massive wealth is concentrated in the hands of the rich, such as Jeff Bezos and Warren Buffett. Today, the top 1% of Americans earn nearly a quarter of the country’s income and control an astonishing 40% of its wealth. At the same time, traditional ethnic groups are marginalized by a new demographic tidal wave of immigration. This, even as previously unheard of minorities are noisily asserting their rights.

The One Thing That is Different…

For all the parallels with the election of 1896, there seems to be one thing that looks different 120 years later.

Today, an onslaught of progressive values is dictated by coastal elites at the leading media outlets, universities and political think-tanks who, for all their purported tolerance, are remarkably conformist in their thinking.

As former New York Mayor Michael Bloomberg pointed out in his 2013 commencement speech at Harvard University:

In the 2012 presidential race, according to Federal Election Commission data, 96 percent of all campaign contributions from Ivy League faculty and employees went to Barack Obama. Ninety-six percent. There was more disagreement among the old Soviet Politburo than there is among Ivy League donors. That statistic should give us pause — and I say that as someone who endorsed President Obama for reelection — because let me tell you, neither party has a monopoly on truth or God on its side.

No doubt a survey of leading mainstream media outlets would show a similar trend. Moreover, as a card carrying “Ivy League donor” myself, I find that narrow conformity of what are deemed as “acceptable values” as troubling today as I found it when I was a student there.

History tells us that the passions that flared and the wounds that were opened by the election of 2016 will heal eventually, with time.

Democracy in the United States is noisy, and change is often gut-wrenching. As the election of 1896 confirms, this gut-wrenching is not unique. The republic will survive.

In case you missed it, I encourage you to read my e-letter column from last week about how you can profit if Trump wins the election. 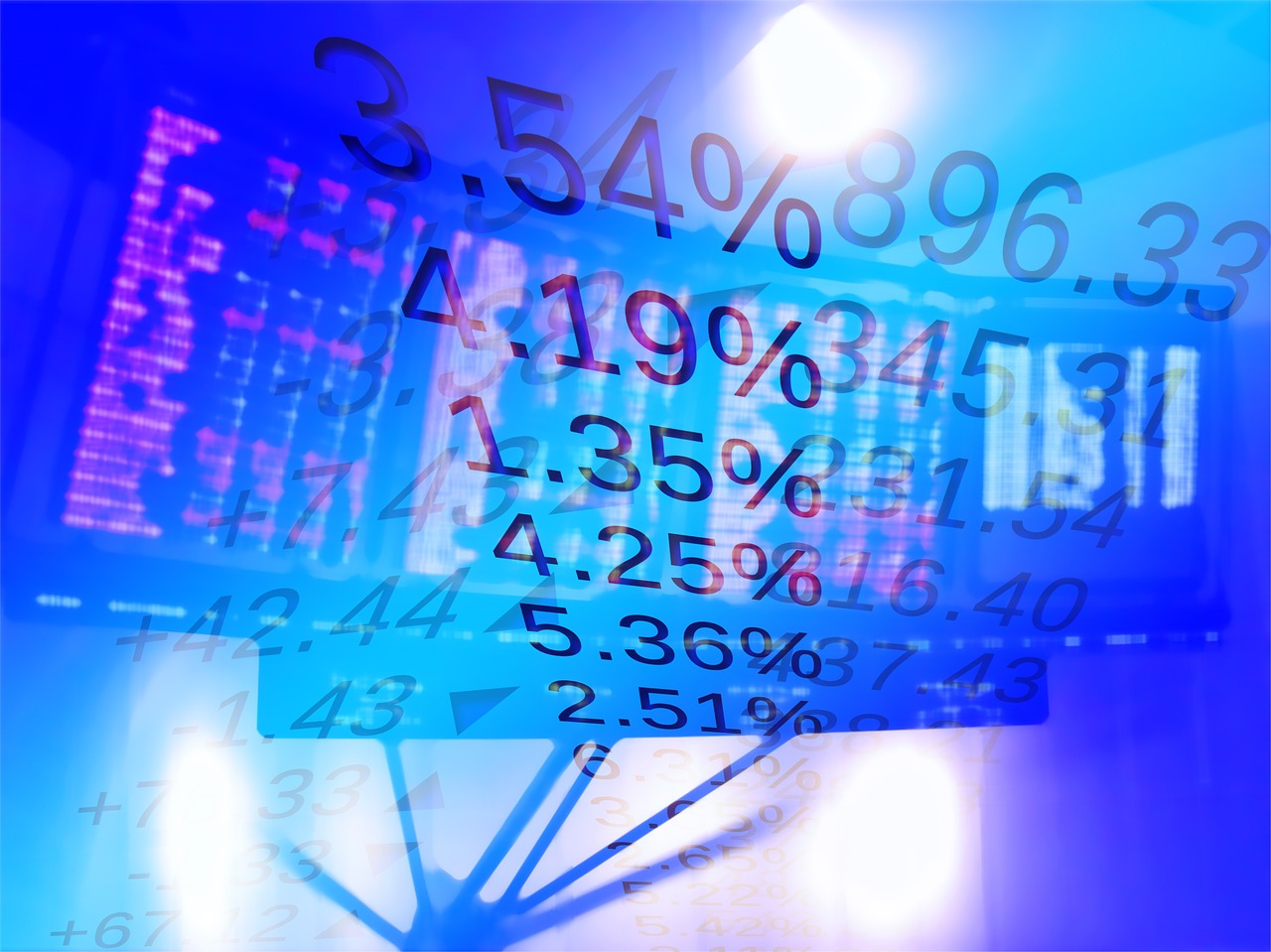 Is Options Spread Trading for You?