What Trump’s Victory Means to America, the World and the Markets 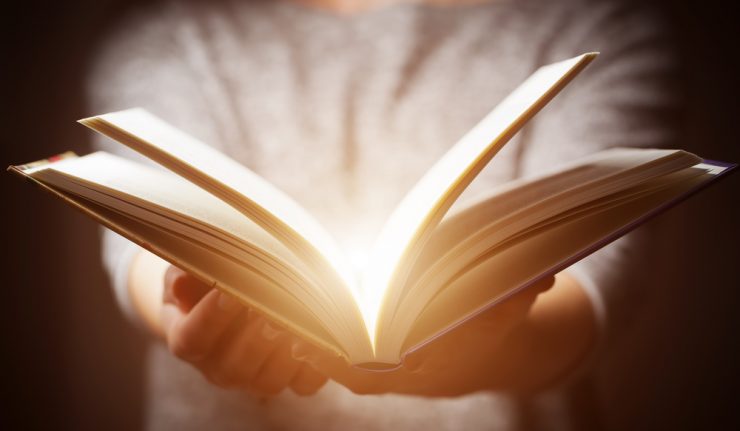 I predicted last week that if Republican presidential nominee Donald Trump was going to win, it would take “an exhausting night,” like it took for the Chicago Cubs to win the World Series for the first time in a century.

Indeed, we didn’t find out who would be the 45th president of the United States until 3 a.m. EST. Did we wake up to a brand-new America?

The American electorate, the silent majority, shocked the world in a Brexit-on-steroids result that lifted a larger-than-life businessman with zero political experience into the highest and most powerful elected office in the world.

Voters were fed up with the economic conditions that have plagued this nation since the 1990s: The list of complaints includes wage stagnation… taxation… onerous small business regulations… Obamacare… trade imbalances… and rising national debt.

Voters likely hope a President Trump just might bring some much-needed economic relief and stimulus to this country. They also probably hope to see reforms in health care and school choice, and to strengthen basic Constitutional rights of free speech, free association and gun ownership through wise judicial appointments.

But “The Donald” is also hardly the ideal libertarian leader. His views on immigration, trade, tariffs and foreign policy alone are the stuff of libertarian nightmares.

And who knows how he’ll handle the pressures of the job in the Oval Office?

Outlook for the Stock Market, the Dollar and Gold under Trump

All of the establishment media, including most of the pollsters and gamblers, got it wrong on Election night. One of the few exceptions was Wayne Allyn Root, the Las Vegas handicapper, author and super Trump supporter, who unwaveringly insisted that the real estate mogul would win. In fact, Root bet accordingly and I now owe him dinner! Although Hillary won the popular vote, so may he owes me dinner!”

Donald Smith, the unconventional money manager in New York who speaks at FreedomFest every year, said that Trump would surprise everyone. Both Root and Smith again will return to FreedomFest to give their latest insights and recommendations (see the announcement below).

Despite warnings that stocks would collapse under last night’s surprise victory by Donald Trump and the Republicans, our portfolio is looking strong. Last week, I wrote in my Forecasts & Strategies hotline, “Most analysts think that if Donald Trump wins, the stock market will shudder, worried about Trump’s anti-trade policies. Actually, Trump’s tax-cut proposals on capital gains and corporate income would be highly beneficial to the bottom line and therefore to stock prices, but in any case, a surprise win for Trump would create a lot of uncertainty in the marketplace.”

Trump faces many challenges. For example, how is he going to spend more money on infrastructure, to fight ISIS and to cut taxes, without incurring higher deficits and more national debt? I suspect we will see higher economic growth AND higher interest rates at the same time, along with higher deficits. Trump appears to be a supply-side Keynesian. He may even support a higher minimum wage, which would not be good for job creation. There is a lot of uncertainty. Overall, I’m still bullish on the stock market and the dollar, but there are no guarantees.

Post-Election: How to Profit Now

I held a phone conference with my paid subscribers on Nov. 9 to discuss what a Donald Trump presidency means to investors.

I typically share my insights in these phone conferences exclusively with my paid subscribers at least four times a year. But given the historic Nov. 8 election and the importance of guiding investors through the resulting uncertainty, my publisher, Roger Michalski, and I decided to make the recording of this call available to everyone.

It is an unprecedented move by my publishing company, Eagle Financial Publications, but the country has never experienced an election like this with such surprising results, disruptive protests in major U.S. cities and looming questions about how investors may be affected by a change in White House leadership.

Click here now to listen to the recording of this important discussion. Learn where you should be investing your money now, what will happen to interest rates and much more.

You’ll also hear in the phone conference about a post-election special for my trading service, Five Star Trader. Click here now to take advantage of this special offer or call 866-482-7689 to speak directly with Charles Campbell, Eagle’s director of portfolio services.

The Trump Campaign Started at FreedomFest:
What Will We do For an Encore?

We made the controversial decision last year to have Donald Trump speak at FreedomFest. We were heavily criticized for this decision by certain people. Although Trump is not a libertarian, we felt it was important to hear what someone running to become the next Republican nominee for president of the United States would say about the burning issues of our time, whether we agreed with his views or not. 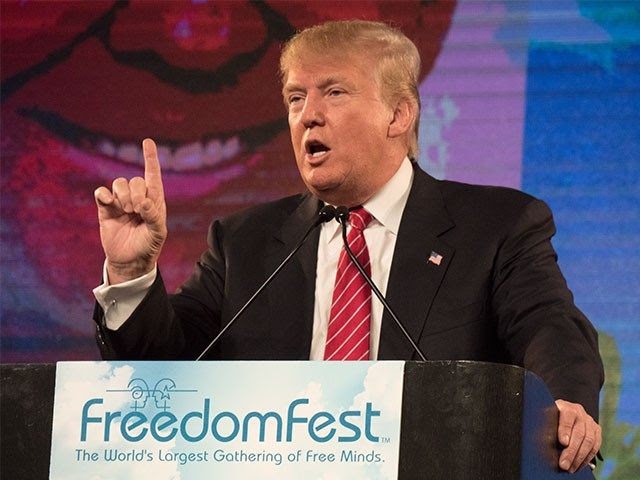 If FreedomFest is anything, it is THE forum where the best and brightest experts come together to find out what’s really going on in the world — and to profit accordingly.

Steve Forbes, our co-ambassador, said it best, “FreedomFest is where the best ideas and future policies are flushed out. That’s why he takes the time out of his schedule to attend all three days.

Trump’s appearance was standing room only and his lucky day (7-11 in Vegas). Our conference was a media frenzy with national TV coverage all day long.

Who predicted Trump’s shocking victory? FreedomFest is famous for speakers who predict the unpredictable, such as Peter Schiff and Bert Dohmen anticipating the 2008 financial crisis. Wayne Allyn Root, who has given the welcome introduction for the past three years at FreedomFest, was unwavering in his prediction that Trump, despite his many defects, would shock the world and win over the “silent majority” of Americans who are fed up with government taxes, regulations, job loss and slow growth. He called it “America’s Trumpxit.”

And it was Donald Smith, the highly successful money manager from New York and a regular speaker and supporter of FreedomFest, who said that Trump had hidden voter appeal, and had the guts to short the market and go long in gold in anticipation of a Trump victory. He, too, was vindicated.

Steve Moore, our resident economic scholar and one of the country’s supply-side experts, is one of Trump’s chief economic advisors. We look forward to his report at next year’s big show.

What can you expect from next year’s big 10th anniversary? See “Upcoming Appearance” below.

You Nailed It! Congratulations to Those Who Predicted the Trump Victory

I want to congratulate “The Capitalist Evangelist” Wayne Allyn Root, money manager Donald Smith and other pundits who predicted that, despite all odds, Donald Trump would be the 45th president of the United States.

Most polls and certainly the vast majority of the oddsmakers had it wrong, both in the polls before the election and even in the exit polls, which showed Hillary Clinton winning. At one point during the voting day, the oddsmakers at https://electionbettingodds.com/ had the likelihood of Clinton winning near 85% and Trump at 15%. The oddsmakers also had the Democrats handily winning the Senate. You would think they would learn from the Brexit vote in the United Kingdom, but they didn’t.

Not all of the pollsters or betters had it wrong. The Los Angeles Times and Investor’s Business Daily polls got it right, showing Trump up nationwide, because their polling took into account the intensity of the voters’ support of their candidate. Actually, Trump and Clinton ended in a virtual tie nationwide, with around 60 million votes each.

O WOW! Forbes Billionaire Ken Fisher and Publisher Rich Karlgaard to address FreedomFest for the first time! Next year will be the 100th anniversary of Forbes magazine, and we’re celebrating. Come join the festivities! B. C. Forbes, Steve Forbes’s grandfather, started the magazine in 1917. We’re going to have a special session on the impact that Forbes had on business and investing with Steve Forbes and these experts: Ken Fisher holds the record for writing a Forbes column for 33 years, and is now a member of the Forbes 400 Richest List. Rich Karlgaard has been the publisher since 1998. It will be their first time at FreedomFest, and you won’t want to miss meeting them.

Oh, and we’ve just added Kennedy from Fox Business, who will be our judge in the mock trial next year on “Police and Criminal Justice System on Trial.” Always the most popular event. For more details, go to www.freedomfest.com. 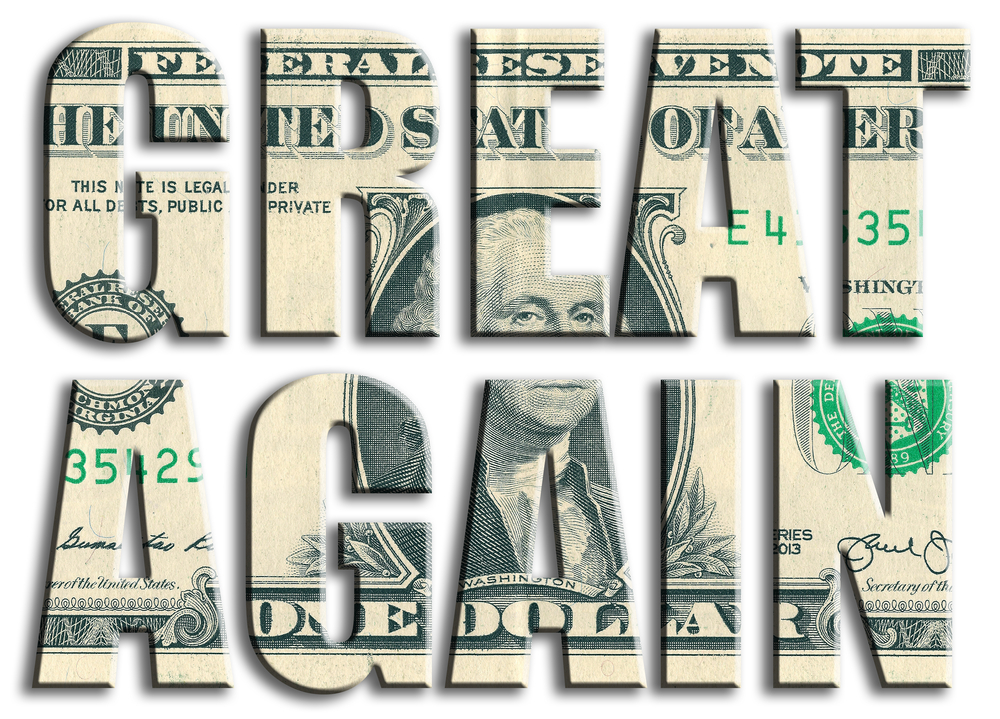 Post-Election: How to Profit Now

Now available to the general public: A subscriber-only teleconference with economist Dr. Mark Skousen. Learn how, post-election he can help you profit.