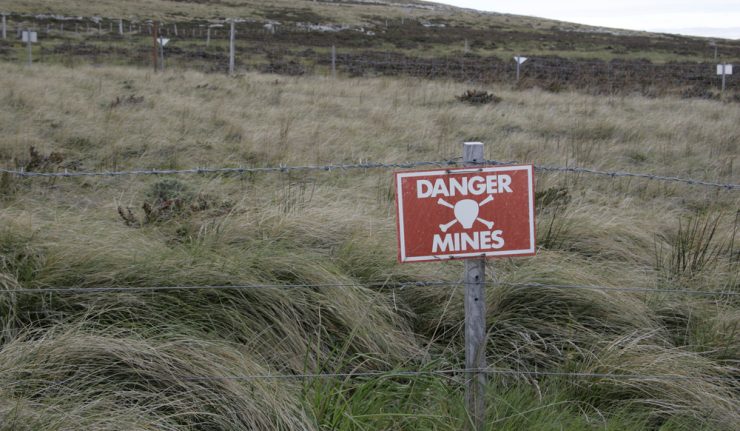 There is a Wall Street term used when a sector or stock gets hammered for both legitimate and irrational reasons. It’s called getting “worked,” and amid the Trump rally, this has seemingly floated boats. And I’m not speaking of the bond market, which is an obvious loser when the yield on the 10-year Treasury Note spikes from 1.75% to 2.45%. Some of the finest blue-chip growth and income stocks have been totally “worked” since Nov. 8 and deserve to have the spotlight shined on them as they are so heavily discounted.

There are more than a handful of world-class blue-chip companies that have a fine history of managing through periods of rising interest rates and a rising dollar, as well as managing the influences of political forces that may present regulatory challenges. Investors should understand that great companies have in place teams of experts that deal with currency fluctuations, gyrations in borrowing costs and lobbying efforts in Washington D.C. to bear down on lawmakers that propose legislation adverse to their businesses.

When looking at what’s been worked of late, namely financials and industrials, it should be noted that The Wall Street Journal reported last Thursday that although “bank and industrial stocks have been among the biggest winners in the post-election stock rally, some are swimming against the tide. Corporate insiders in these industries have been selling into the rally at an unusually strong pace, according to research firm InsiderScore. At first glance, it is easy to view this as bearish. If high-ranking executives are unloading stock, perhaps investors should consider doing the same.”

Financials have surged 18% since the election, making them the S&P 500’s best-performing sector. Right on cue, insiders at U.S.-listed banks, brokerages and financial-services companies are poised to set records for the sheer number of people selling stock and the dollar value of shares sold in the fourth quarter, based on data since 2003. Some insiders could be locking in profits or exercising options that are close to expiration. Many banking executives in particular have held underwater options in the years following the financial crisis. Several bank stocks have rallied back to pre-2007 crash levels. If this post-election rally was the first chance to sell, it is hard to argue against doing so no matter how they feel about the future.

So before going out and dumping all financial stocks, it’s important to know that insiders sell for several reasons and not necessarily on a pure valuation call. The same cannot be said for insider buying. Corporate insiders buy stock because they single-mindedly believe their stock is cheap. So while insider selling is making some headlines in the recent hot sectors, it may just be trimming back because the market presented an opportunity within what may be an extended run that’s still in the early innings.

However, late last week, there was notable buying interest in some heavyweight health care and consumer staples stocks. When I see shares of Johnson & Johnson (JNJ) trading down from $126 to $109 when business at JNJ is hitting on all cylinders and its dividend yield is approaching 3%, it turns my head. Shares of General Mills (GIS) topped out at $73 and now trade at $63 with a growing dividend yield of 3.1%. I see S.J. Smucker (SJM) trading at $125, down from $155, and it makes me wonder whether we stopped buying jellies, jams and peanut butter in the Perry household, but after checking the pantry I’m pleased to report we’re good to go.

Clearly, investors have to respect market sector rotation. Lately, there has been tremendous rotation out of defensive sectors and into cyclical sectors on the genuine hope that the agenda of President-elect Donald Trump will find its way through Congress in or close to its structure as laid out in the many campaign speeches leading up to the election. And while no one wants to jump in front of a train or be caught up in an outgoing tide, it would behoove investors with a time horizon longer than a year to consider dollar-cost averaging into some of these down-but-definitely-not-out blue chip stocks that are part of everyone’s everyday life.

Buy stock in companies that make things that people need: In today’s fast-paced, hyper-focused investment world, it’s advice that can seem rather quaint and antiquated. But it’s advice that some of history’s greatest investors, strategists like Warren Buffett, have used to build incredible track records over the years. And now there’s new, hard data and evidence that supports this common-sense idea.

The data comes from quantitative investment guru James O’Shaughnessy, author of What Works On Wall Street and one of the investing greats. In the new updated version of his book, O’Shaughnessy examines how various stock market sectors have performed over more than four decades. Perhaps his most interesting finding: that the consumer staples sector has produced the best returns over that period — and that it’s done so while being one of the least risky sectors in the market.

From 1968 through 2009, O’Shaughnessy found that consumer staples averaged compound annual returns of 13.6%, beating the next-best sector (financials) by 1.2 percentage points per year. And, the sector had the second-lowest standard deviation out of the market’s 10 sectors; the only one that was less volatile was utilities. So while the hunt for the next Apple or Amazon.com or Google consumes the hearts and minds of millions of investors, taking stock of what occupies the shelves in the kitchen, bathroom, pantry, laundry room and garage is a proven course of building steady, long-term wealth while accumulating a growing stream of dividends.

Trusting in the time-tested approach that has proven truly where the tortoise (staples) does in fact beat the hare (tech) is an integral part of how Warren Buffet amassed billions of dollars of gains for Berkshire Hathaway, and only recently has the consumer staples sector provided a 10% correction, taking the Consumer Staples Select Sector SPDR (XLP) back down to key support at $50 (see chart above). The Trump Trade into financials and industrials, combined with a spike in bond yields, has “worked” the consumer staples hard and Wall Street has fallen out of love with these stocks almost completely.

Sure, the sector could continue to lag for months on out and the long-term chart suggests that, in a major market correction, shares of XLP could easily decline to $45. But as the world population expands, so will the fortunes of this blue-ribbon sector. An ever-growing global population and an ever-widening middle class in emerging markets bode very well for the future of great American brands in a global economy.

My view is that it’s a good time to start picking up some of these world-class stocks that have been hit, some for as much as 20% or more, as a way to have a piece of where time has been on the side of those that buy the dip in this sector. After you pick up a little JNJ, GIS or any other set of consumer staples stocks, or just cast a net over the entire sector with a purchase of some shares in XLP, sit back and enjoy the ride. History says it’s a smooth one.

In case you missed it, I encourage you to read my e-letter column from last week about how the bond market has shifted in the weeks following the U.S. presidential election.