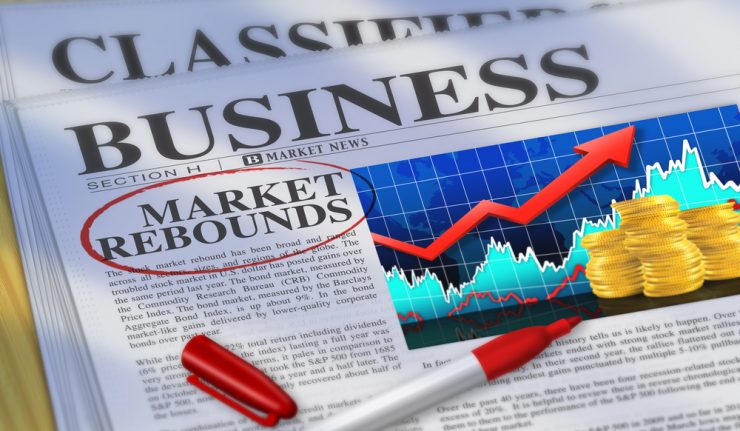 U.S. small-cap stocks are one of my favorite places to invest.

That’s why I have invested 100% of my son’s 529 college fund in a low-cost Vanguard small-cap index fund. Nor am I alone in my penchant for small-cap stocks.

David Swensen, the head of the Yale University endowment, pointed out that between June 1932 and the end of 2006, the value of U.S. small-cap stocks soared 15,900-fold.

That compares with, say, a return of 19 times principal for U.S. government T-bills.

Swensen says that if he did not have to worry about the Yale University trustees and their tolerance for volatility, he would invest the entire endowment in U.S. small-cap stocks.

Financial markets have been in a tizzy since the Nov. 8 election of Donald Trump as the next president of the United States.

Since then, the Mexican peso has plummeted and U.S. interest rates have soared.

Moreover, small-cap stocks have shot out of the Trump starting gate like Secretariat on his way to winning the 1973 Triple Crown and becoming regarded as possibly the greatest horse in the history of thoroughbred racing. Since Nov. 8, the Russell 2000 has soared 16.42%. That is far more than double the 6.01% returns in the S&P 500.

Textbooks tell us that today’s stock prices discount the future. Based on the recent performance of U.S. small caps, as well as the 28 million small businesses in the United States, “the future is so bright, you gotta wear shades.”

It’s about time. After all, small-cap stocks have had a rough time over the past decade. Sentiment never recovered after the financial crisis 10 years ago. So what explains this sea change in sentiment?

First, small caps will now have one of their own at the helm of these United States starting Jan. 20.

Donald Trump’s own company would rank smack dab in the middle of the Russell 2000 in terms of revenues, if it were a listed company.

In contrast, the average tax rate of the Russell 2000 firms is 28%. A drop to a 15% rate, a reduction approaching 50%, would benefit these businesses disproportionately compared to their larger brethren.

Third, the combination of President Obama’s health care plan and ever-growing red tape sucked the entrepreneurial oxygen out of the room. No wonder fewer new businesses opened under President Barack Obama’s watch than any time since the 1970s.

Finally, investors expect that local banks now will be able to lend money to small businesses on a more favorable basis. Onerous and costly regulation impaired this core function as well. These factors are all important.

The most important, however, is the revival the economist John Maynard Keynes described as “animal spirits:”

“a spontaneous urge to action rather than inaction, and not as the outcome of a weighted average of quantitative benefits multiplied by quantitative probabilities.”

It is thanks to a sustained revival in these animal spirits that small caps will genuinely shine.

How to Invest in Small-Cap Stocks

Today, there are dozens of ways to invest in small-cap stocks.

I track 44 small-cap exchange-traded fund (ETF) strategies on a daily basis. Many of these strategies have a track record of outperforming the benchmark small-cap Russell 2000 index substantially. They succeed by making systematic, and disciplined, bets on stocks that diverge significantly from standard market-cap-weighted indexes.

With that, here are the top three best-performing strategies versus the S&P 500 for 2016 year to date:

RZV owes its strong performance to increased investment in microcap stocks. With a nod to its value investing label, the fund invests in stocks with low price-to-book ratios. It currently overweights consumer cyclicals and industrials, while underweighting financials. Overall, this ETF is more volatile than most small-cap funds. However, it rewards you on the upside if you can endure the wilder ride.

The PowerShares Russell 2000 Pure Value ETF tracks an index of U.S. value stocks, ranked by size, from 1,001 to 3,000 by market cap. Stocks are selected and weighted by price-to-book historical sales growth and growth forecast.

PXSV changed indexes in May 2015. It now invests in stocks with stronger value characteristics than traditional Russell value indexes and remains one of the pure value play funds in the small-cap world.

Year to date, the PowerShares Russell 2000 Pure Value ETF (PXSV) has posted a total return (including dividends) of 37.40%.

SMDV tracks an index of U.S. small-cap stocks with a 10-year record of increasing dividends. Stocks are equally weighted.

The idea is that small firms with a proven record of increasing dividends deliver stable growth. With only about 50 names from a 2,000-stock universe, the situation highlights how few companies make the cut. As such, SMDV targets a narrow slice of the small-cap market rather than offering broad coverage of the entire small-cap space.

Year to date, the ProShares Russell 2000 Dividend Growers has posted a total return (including dividends) of 37.02%.

In case you missed it, I encourage you to read my e-letter column from last week about investment strategies which are generating at least a 20% return.

P.S. Small-cap stocks dominate the portfolio in my exclusive trading service Bull Market Alert, in which I’ve managed to lock in eight double-digit percentage gains just over the course of the past few weeks. To find out more, click here.