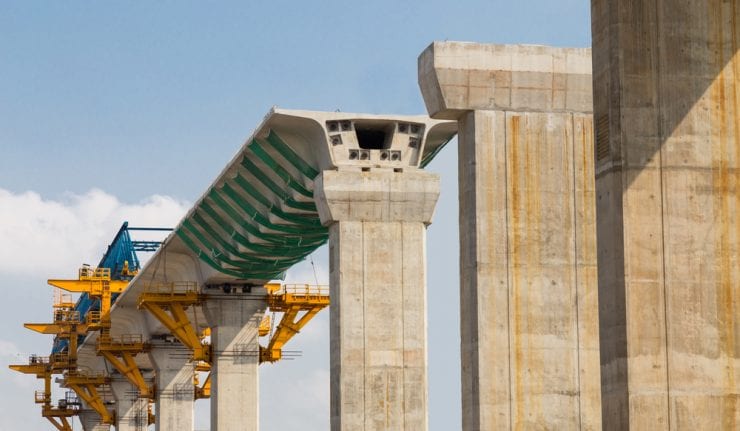 The man-made public health disaster that caused lead-contaminated tap water to flow into homes, schools and businesses in Flint, Michigan, and spurred the U.S. Senate to approve $120 million in funding on Dec. 10, exemplifies how infrastructure spending is expected to produce new opportunities for stock investors.

Public companies that supply pipes to replace the lead-leaching ones in Flint and materials for the repair of crumbling roads and bridges nationwide could do well, along with businesses that could become recipients of infrastructure funding. The opportunity is heightened by the Nov. 8 election of Donald Trump, a real estate mogul who has championed overdue public construction projects as part of his promise to make America “great again.”

Whether investors like Trump or not, they stand to profit by investing in infrastructure companies and exchange-traded funds (ETFs) that will benefit from the expected growth in government spending on such projects under his administration. One fund favored by Bryan Perry, the editor of the Cash Machine investment newsletter, is the Cohen & Steers Infrastructure Fund (UTF). The closed-end fund also pays a quarterly dividend and offers a current yield of more than 8% to allow investors to collect income while they wait for the share price to rise.

Perry also recommends two other infrastructure funds in his Cash Machine portfolio. But UTF is worth singling out because it announced a 222.39% increase in the dividend it declared on Dec. 19, which is payable on Jan. 17, to shareholders who purchase the stock before its ex-dividend date of Dec. 28. The year-end dividend payment will be $0.4320, compared to a previous dividend payment of $0.1340, according to www.dividendinvestor.com.

In what could be one of many infrastructure spending projects approved by Congress in the coming years, the U.S. Senate passed a so-called continuing resolution to fund the U.S. government through April 28, 2017, and national water infrastructure legislation. The two bills combined to include provisions to authorize and pay for funding for Flint and an additional $170 million or more to address concerns about lead in U.S. drinking water.

Legislation passed earlier this month by the U.S. House, with the strong backing of U.S. Rep. Fred Upton, R-St. Joseph, matched the Senate in providing $100 million in grants for any state where an emergency declaration has been issued by the president for lead in the drinking water. Right now, that language only applies to Flint.

Perry, who focuses on income-oriented investments, is optimistic about the outlook for shares of “infrastructure, banking and big pharma and biotech stocks.”

Perry also said he is eyeing a public company that makes construction aggregates, asphalt and ready-mix concrete. That company is forging ahead both fundamentally and technically, he added, and its outlook is brightening as one that could play a key role in Trump’s planned infrastructure spending increases.

However, much of the short-term upside from infrastructure stocks has been priced into shares and now the S&P trades at a stiff premium to its historical valuation, Perry said. With a current price-to-earnings (P/E) ratio of 20.8 against a norm of 16.0, there is room for the market to take pause over the next two to three weeks prior to the start of the next corporate earnings season.

Nothing about a “seismic shift in sentiment” from the election euphoria has changed but a recent rise will need to be digested, Perry said. But it also sets up investors with a window of opportunity when the market may well rise further, he added.

Paul Dykewicz is the editorial director of Eagle Financial Publications, editor of Stockinvestor.com and DividendInvestor.com, a columnist for Townhall and Townhall Finance, a commentator and the author of an inspirational book, “Holy Smokes! Golden Guidance from Notre Dame’s Championship Chaplain,” with a Foreword by legendary football coach Lou Holtz. His next appearance to sign and dedicate copies of his book will take place Dec. 31, at Joyful Spirit Gifts, Arlington, Virginia. Visit Paul’s website at www.holysmokesbook.com and follow him on Twitter @PaulDykewicz.