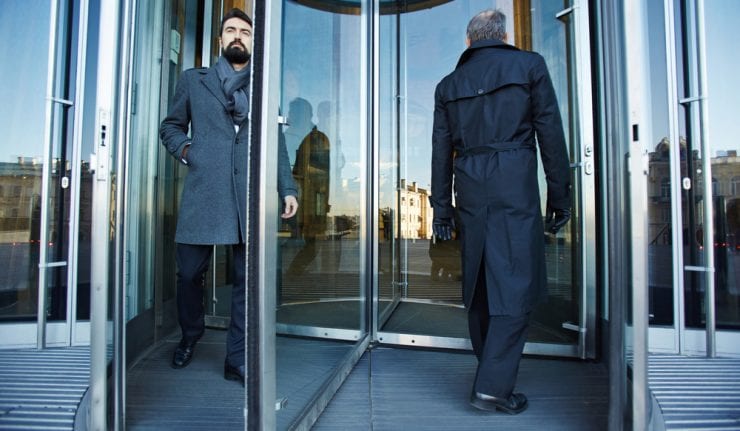 Not only will the New Year bring a new president and new administration, it will also usher in a new Congress and Federal Reserve with some fresh faces.

The next Federal Open Market Committee (FOMC) meeting will take place Jan. 31 – Feb. 1, which is shortly after the inauguration. That meeting will mark a change in the complexion of voting FOMC members as a new set of Fed presidents rotates into a voting position while some old veterans rotate out.

Mr. Evans, who is widely regarded as the most dovish Fed president, has been a voting member of the FOMC before. Mr. Kaplan, Mr. Kashkari and Mr. Harker will be first-timers. The rotation to a new FOMC comes at an interesting time. The economic data on the home front has been improving, evidenced by the 3.2% real gross domestic product (GDP) growth rate for the third quarter and the upward revision from 2.5% to 2.8% for the fourth quarter as reported by the Atlanta Fed on Jan. 13.

Meanwhile, the incoming Trump Administration is aiming to introduce legislation on tax reform, deregulation and infrastructure spending in President Trump’s first 100 days in office. Many market participants, including myself, are expecting those initiatives to lead to stronger economic growth in 2017, which would presumably be accompanied by higher inflation. Accordingly, the market has been working to get its mind around the possibility that the FOMC could be more active in raising the Fed funds rate in 2017 than it has been, certainly over the last seven years. 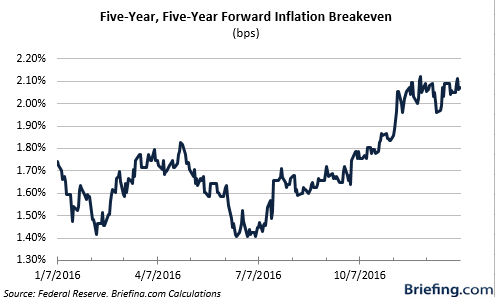 To be sure, it wouldn’t take much for that to be the case. Two rate hikes in a single year would qualify. Time and data will tell, yet the views expressed by the incoming FOMC presidents to this point make it sound like they are open to a rate hike soon but think the pace of policy rate normalization should be gradual. This sounds like a page right out of the Fed’s 2016 playbook, and may be construed as the new Fed being more reactive than proactive, which could incite sharp bouts of market volatility.

Treasury yields declined this past week as investors took advantage of relatively attractive yields to do some bargain hunting at the start of the year. While the gains were not all that large, the move lower in the benchmark 10-year Treasury Note actually was quite dramatic, with the 10-year yield falling by 24 basis points during the past four weeks. The month-long rally in Treasuries came to a halt after the December Employment Situation Report showed average hourly earnings growing 0.4% month over month, sending the bond bulls running for the exits.

Apart from the jobs report, which was mostly as expected except for the acceleration in wage growth, the U.S. data surprises were also positive. The ISM Manufacturing Index jumped to 54.7 (consensus 53.6) and the ISM Non-Manufacturing Index remained at 57.2 (consensus 56.6). Auto sales were very strong in December to cap a record-setting year, but some analysts noted that carmakers used aggressive discounts to drive the volume.

Even as the U.S. economic expansion keeps humming along, the FOMC is virtually assured to stay put on rates at its upcoming Jan. 31 meeting. By the March 15 meeting, the Fed and investors could have some more clarity on the outlines of major fiscal stimulus bills moving through or having already been passed by Congress.

This time last year, the stock market was in a nosedive as the S&P 500 opened trading in 2016 by tumbling 240 points, or 11.7%, lower by the end of January, with the 10-year Treasury plunging to about 1.8% out of widespread fear of a global economic deflationary death spiral. Here we are exactly one year later, and while a flame was lit under the equity market as of Nov. 8, bond investors yelled “fire” in a theater that had only one exit on that same day. The complacency of “buy and hold” long-date securities just endured something akin to plate tectonics. If there was a window to alleviate some of the pain from the seismic shift out of long-dated bonds and other bond equivalents, it was during the past week. It is my view that that window is about to close.

The expectation for five-year, five-year forward inflation rose by two basis points to 2.07%, much higher than its pre-U.S. election level. The upward momentum in inflationary expectations has ebbed in recent weeks and it may take fiscal action from the new Congress and Trump to push expectations significantly higher. Average hourly earnings growth of 2.9% year over year, reported on in the most recent employment data, does indicate that upstream prices are rising, and they should eventually filter down into the prices for goods and services.

Five-year, five-year forward inflation break-even rates have attracted considerable attention from investors, given that they are one of the measures of longer-term inflationary expectations that the Fed tracks. The Fed views this measure of inflationary expectations as less affected by cyclical factors such as energy prices, and the measure thus provides a better indication of how well the market is meeting the central bank’s goal of longer-term price stability. The latest value implies what market participants expect inflation to be in the next five years, on average.

I spent some time on the topic of inflation last week, highlighting how fast it can crop up and the extent of adversity it can cause for holders of bonds and other bond-equivalent asset classes. With this new team of Fed officials taking the field early in 2017, the once-prevalent dovish tone of Fed officials may reveal some not-seen-before talons in the central bank’s forward policy statements. Wage-push inflation appeared in the most recent employment data and now we have a chart showing a big Trump bump in future expectations for overall inflation.

They say on Wall Street that “perception is reality,” and the reason the financial sector vaulted 20% higher after the election wasn’t because the big banks posted decent fourth-quarter earnings last Friday. It occurred because Mr. Market sees an inflationary landscape where higher interest rates are a means to an end: to carry out the sole purpose of achieving price stability and sustainable economic growth.

To not only combat inflationary pressure, but benefit from inflation, income investors should take the necessary steps to position their portfolios accordingly. All three of my investing advisory services, Cash Machine, Quick Income Trader and Instant Income Trader are laser-focused on owning those sectors, asset classes and stocks that stand to have inflation serve as a tailwind instead of a headwind, as will be the case with the majority of conventional income generation strategies. To find out more about how to have your inflationary cake and eat it too, click here and raise your portfolio’s performance for 2017 and beyond.

In case you missed it, I encourage you to read my e-letter from last week about how bond yields are important for all investors.

previous article
Another High Tech Momentum Play — and Celebrating 23.82% Gains
next article
How to Profit from the Disappearing U.S. Stock Market