Today, it is conventional wisdom that Germany is the wealthiest, most successful economy in Europe, and, as such, it has the obligation to bail out it’s ne’er-do-well neighbors like Greece and Portugal on the continent’s periphery.

Yet, it wasn’t that long ago that Germany was considered the “sick man of Europe,” burdened by high labor costs — its industry in the grip of unions.

But what accounts for Germany’s remarkable transformation?

Last week, I had a chance to see economist Arthur Laffer speak here in London. Laffer is best known for the eponymous “Laffer Curve” and one of the intellectual godfathers of modern supply-side economics and the “Reagan revolution.”

The Laffer Curve’s fundamental insight — that lower taxes increase government tax receipts and stimulate economic activity — has been proven correct in economies a wide range of economies, from Hong Kong (15% tax rate) to Russia (13% tax rate). Yet even country club Republicans recoil at the very notion, with George H. W. Bush labeling it “voodoo economics.” And of course, admit that you think the curve holds water and you likely will be shown the door at any top economics department in the world.

When I studied economics in Heidelberg, Germany, in the 1980s, I quickly learned that Germans don’t like Americans very much. Fast forward to 1997, and Chancellor Helmut Kohl reacted in horror when Bill Clinton asked him to wear cowboy boots at a G7 summit in Denver. Even today, “Amerkanische Verhaltnisse” — “American conditions” — is a regular byword in the German press for what Germany desperately wants to avoid at all costs.

Back then, Kohl had to bite his tongue. After all, Germany was the “sick man of Europe,” far from the economic powerhouse it is today. The conventional explanation for Germany’s newfound economic prowess is the “cheap” euro. With the currency deck stacked in its favor, it’s no wonder Germany has left other European economies in the dust, and even helped Germany become a bigger exporter than the United States.

Yet I think there is a side to the  German economic miracle that has yet to be properly told. And that is the story of Germany’s “secret supply side revolution” launched by Germany’s very socialist and very anti-American Chancellor Gerhard Schröder back in 2003. It was these very un-socialist reforms that turned Germany into Europe’s economic powerhouse and model of fiscal probity.

When Gerhard Schröder took office in 1998, Germany’s unemployment rate stood at 11% and its economic growth was zero. Four years later, when Schröder sought re-election in 2002, the country was scarcely better off. But given a second chance by voters, he took the bull by the horns and introduced reforms that would change the course of Germany’s economy.

In a move that would make Arthur Laffer proud, Schröder lowered the top personal income tax rate to 42% from 48.5% and dropped the bottom rate to 15% from 19.9%. The corporate tax rate was cut to 19% from 25%, making Germany instantly competitive with next door neighbor Austria, where many German companies had been decamping. There were also big cuts in subsidies to medical treatments, as well as in jobless benefits for the able-bodied unwilling to accept work. Western Europe hadn’t seen such a major reform since Maggie Thatcher in the 1970s.

The results, both economic and political, were predictable. By May 2007, unemployment dropped to 3.8 million people, a 5½ year low. By the country’s self-proclaimed deadline for “Agenda 2010,” which reformed the nation’s welfare system, Germany had morphed into a bigger exporter than the United States. Today, 80 million Germans export as much as 1.3 billion Chinese.

The political result was equally predictable. The right supported the reforms of Agenda 2010 while Schröder’s own party, the center-left Social Democrats, decried the reforms as “scandalous” and “immoral.” Agenda 2010 eventually cost Schröder his job. Unions revolted and, unlike Gov. Scott Walker in Wisconsin, Schröder lost an early election, and was succeeded by the now familiar (and equally reviled) Angela Merkel.

Yet it is hard to argue with success. Since the reforms took hold, Germany’s unemployment dropped from an average of 10% to 6.8%, marking its lowest rate since the early 1990s. That’s a far lower rate than in the United States.

The contrast with the rest of the euro zone is telling. More people in Europe are out of work than at any time since the introduction of the euro. In Spain, the unemployment rate for people under 25 has reached 50%. In Italy, it has hit 31%, and in France it has climbed to 23%. In Germany, the same number is 8%. And it is Germany’s gross domestic product (GDP) growth that has so far kept the euro zone from falling into another recession this year.

The Irony of Supply Side Reforms in Europe

The “Hero’s Journey” for Germany to rise from economic sick man to export powerhouse is replete with ironies.

First, it took a virulent anti-American German socialist to introduce a “secret” supply-side revolution to save its economy. And he sacrificed his political career for it.

Second, like an Ayn Rand novel’s hero, the Germans today are vilified for their greed and their success — and not doing enough to help countries that will not help themselves. Meanwhile, the Greeks in “dangerous occupations” like hairdressing still want to retire at 50, while Germans, who now retire at 67, pay for it.

Sadly, the rest of old Europe is taking a turn for the worse. With the election of President Francois Hollande, the French are implementing policies opposite to Germany. Hollande has spent his first month in office raising the minimum wage, lowering the pension age back to 60, and taxing high earners at 75%, prompting an exodus abroad of France’s best and the brightest.

Although I am loathe to offer predictions, I’ll make an exception here.

In 2020, we won’t be looking at Hollande as the man who transformed France into Europe’s economic growth engine. Germany will remain on top.

And it will have an anti-American socialist supply sider named Gerhard Schröder to thank for that.

Hedge Against the Euro With This Fund 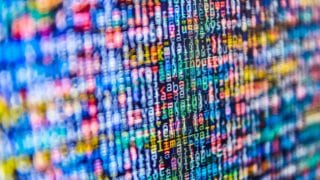 German Housing Bubble on the Horizon