Are Value ETFs the Best Way to Play this Market? 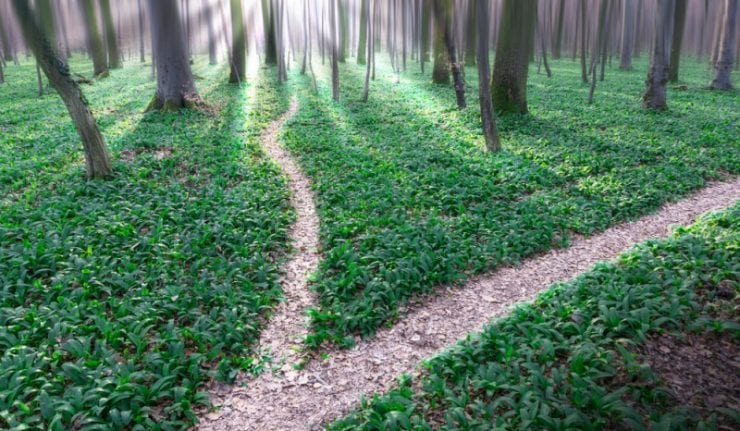 Another week, another string of all-time highs for the domestic markets.

That’s good if you’re long in this market, and we are in my Successful ETF Investing advisory service. Yet despite the bullish mood and the new-high headlines, this rally remains largely dependent on the fate of politics for its sustenance.

The bottom line is that if President Trump and his Republican allies in Congress can execute on the pro-growth proposals such as Obamacare repeal/replace, regulatory rollback of laws such as Dodd-Frank and, most importantly, corporate tax reform, then this market can sustain the record uptrend. It also can justify its relatively high valuation.

Of course, not all types of exchange-traded funds (ETFs) are created equal when it comes to putting money to work in this market. The key to success today is to take advantage of the Trump-induced developments by using a combination of broad-based and sector-specific exchange-traded funds. That’s what we are currently doing in Successful ETF Investing, and it’s what we intend to keep doing.

Right now, the “Trump trade” is one in which cyclical sectors are likely to benefit, including Trump-specific sectors such as aerospace and defense, building materials, financials, etc. However, there are two broader ways to play the Trump trade that are a bit less intuitive, but that could be sound ways to gain exposure that’s not quite as far on the risk curve as sector-specific ETFs.

What both funds have in common is that they are value-oriented. As such, they offer a measure of protection from market pullbacks vs. the more cyclical sectors. These funds offer us a good combination of reasonable valuation and favorable sector make up (sectors I suspect will outperform in 2017 are heavily weighted in these ETFs compared to the S&P 500). Both also have seen strong post-election outperformance. This difference won’t be significant in terms of overall performance, but the over-allocation to health care in IVE gives you that little extra contrarian exposure if you think, as I do, health care has been unfairly battered over the past year.

Finally, both funds offer us exposure to a continued rotation out of defensive sectors and towards higher-beta, more cyclical stocks and sectors… while also not putting us too far out on the risk curve if the Trump pro-growth agenda breaks down.

If you want to find out how, and more importantly, when to buy these and other ETFs running higher due to the Trump trade, then I invite you to check out Successful ETF Investing today!

Even Leftists are Embracing the Trump Trade

Haters are gonna hate, as the kids these days say. But the smart haters are going to hate while also making money.

That’s precisely what leftist icon, and billionaire manipulator of markets, George Soros, has decided to do.

The big money behind so much liberal activism is no fan of President Donald Trump, but when it comes to making money, Soros is a fan of results.

So, when I read Soros’ recent 13F filing with the Securities and Exchange Commission (SEC), which requires a disclosure of holdings of institutional investment managers with over $100 million), it didn’t surprise me that Mr. Soros had embraced the Trump-on trade.

Given the fact that since Election Day, XLF has surged some 22.6%, it’s no wonder a shrewd investor such as Soros would swallow his political pride and embrace the “Trump-On” trade in markets that I’ve been telling you about for weeks.

The moral of the story here is though you may love or hate a certain fact of reality, your money doesn’t care.

Your money, and your investing decisions, should always be objective.

In broader, philosophic terms, this is consistent with the axiom I live by called the “primacy of existence.” All of this really means is that you see the world for what it is, i.e. facts are facts, independent of how we might want them to be.

Right now, the market is trading Trump on. That’s a fact of reality that investors fail to acknowledge at their own financial peril… and even haters like George Soros know that.

Call the Smithsonian, I made a discovery

Loved ones will break your heart, with or without you

Turns out we don’t get to know everything…

Sometimes the most profound thoughts can come via folk rock lyrics. That’s the case here with the song “Smithsonian” from alt-country/folk rockers The Avett Brothers. One important takeaway, among many, from this song is that our knowledge — and our time — is finite. When it comes to investing, we all have limited time frames, and we definitely can’t know everything. We can, however, put our knowledge, experience and intuition to work for us in an effort to make our lives better in the time we have. So, call the Smithsonian, and tell them that’s what you’re doing by reading this publication!

In case you missed it, I encourage you to read my column from last week about a small-cap bank fund.

Last week, U.S. markets broke out to the upside as the Trump rally resumed its steady, upward march. The S&P 500 gained 1.19%, the Dow Jones jumped 0.93% and the Nasdaq soared 1.49%. The MSCI Emerging Markets Index continued its stealth rally, clocking a 1.12% gain. Plus, six of your seven Smart Money Masters' positions rose over the past week. Bill Ackman’s #1 pick, Restaurant Brands International (QSR), continued its strong run by adding another 5.63%. Bets b