The “autocratic” leaders of China deserve credit for steering clear of the kinds of massive debt loads that have befuddled their peers in many western countries, said Keith Fitz-Gerald, a futurist and global investing expert.

Even though the latest reports from China show that its economic growth rate is slowing, the country still is expected to finish up 7.6% in 2012 to rank among the world’s top performers and potentially lure wary investors back to Asian markets, Fitz-Gerald said. On the downside, China’s government exerts hefty clout in deciding what projects warrant funded and that kind of centralized power causes inefficiencies and corruption, a second expert on China rebutted.

Those who express gloom-and-doom forecasts about China as its annual growth slips from 8% or higher err by minimizing the nation’s role in fueling economic gains elsewhere in Asia, Fitz-Gerald said. China’s growth has lifted companies in Japan and other places in the region that operate in mainland China, Fitz-Gerald added.

Indeed, the Chinese stock market has been on the upswing so far this month, ending a downturn that started in May when the market began trending lower. The Shanghai Composite Index rose 1.06% today to continue its recent upward trajectory.

Prognosticators who underestimate China risk ignoring the legitimate prospects for an economic recovery there, Fitz-Gerald said. In contrast, a number of western countries have been hurt by credit rating downgrades that have led to pullbacks in their equity markets.

“The Chinese Dragon is coming to lunch,” Fitz-Gerald said. “We can either be at the table or on the menu.”

Reasons why the prospects for China are favorable, despite the country’s economic slowdown, include a growth rate that is spurring one of the world’s largest gross domestic products (GDP); a currency that is strengthening outside of China; and direct foreign investments, Fitz-Gerald said.

Even though McAlvany conceded that “tremendous” economic reforms occurred in China since 1978, he added that Chinese leaders have failed to implement needed political reforms to sustain the pace of growth. As a result, investors eyeing shares in Chinese companies or exchange-traded funds (ETFs) need to show caution.

To fuel economic growth in China, its leaders need to maintain the rule of law, promote transparency in the financial markets, and protect against corruption, McAlvany said. He estimates that 17% of China’s GDP is tied to corruption, he added.

The corruption problem might be the most important issue to confront in China, McAlvany said. Roughly 80% of the management of state-owned enterprises is appointed by the Chinese Communist Party, with the unspoken expectation that those appointees will siphon off money from the companies that they are supposed to serve, he added.

“This creates a situation of patronage, with the leaders of the critical economic industries supportive of current Chinese Communist Party leadership,” McAlvany said. “There has to be political reform to continue the nation’s economic growth. That, to me, is what is unlikely.”

State-owned businesses account for a big share of the country’s GDP. Such patronage arrangements reduce the potential return to investors.

“In China, 50-60% of GDP is related to state-funded investment,” McAlvany said in an interview. “That investment includes development and infrastructure projects, including many that are not necessary. The huge commodities boom is related to a build-out of roads, buildings and infrastructure that are of no use today but are being put in place in anticipation of a continued migration from agricultural areas to major cities. The problem is that all the people who are supposed to migrate need to have jobs. By contrast, other countries will have 6%-8% of their GDP related to state-funded investment.”

Chinese leaders are encouraging a shift toward internal consumption, McAlvany said. On the plus side, wages are rising and letting the currency appreciate, which aids household consumption, he added.

But the economy has an unhealthy dependence on infrastructure spending, McAlvany said.

Another problem in China is concern among its people about their financial security, particularly if they move, McAlvany said.

China’s savings rate of 49%-51% is an indication of “social insecurity” and reflects a need for an improved safety net, McAlvany said. A safety net exists but it is not transferable from agricultural areas to urban areas, he explained.

“It is a glitch in the system and Chinese government officials have to change it,” McAlvany said.

In contrast, the savings rate in the United States is 5%-6%, McAlvany said. But it marks an improvement from two or three years when it was zero, he added.

On its face, last Friday's better-than-expected July Employment Report issued by the Bureau of Labor Statistics (BLS) catapulted the market higher, wiping out losses earlier in the week. The S&P 500 rose 1.9% alone on Friday, far more than the 1.5% fall it experienced following the lack of new news midweek from the Federal Reserve and European Central Bank. By comparison, the Dow Jones Industrial Average climbed 217 points, or 1.69%, on Friday. The BLS' employment report indicated 163,000 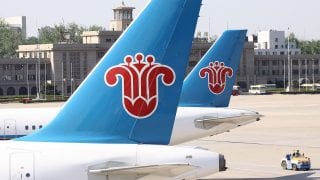 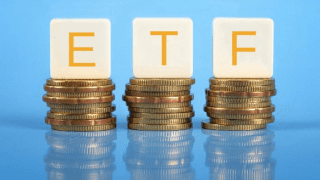