Is the Stock Market Trumped up? 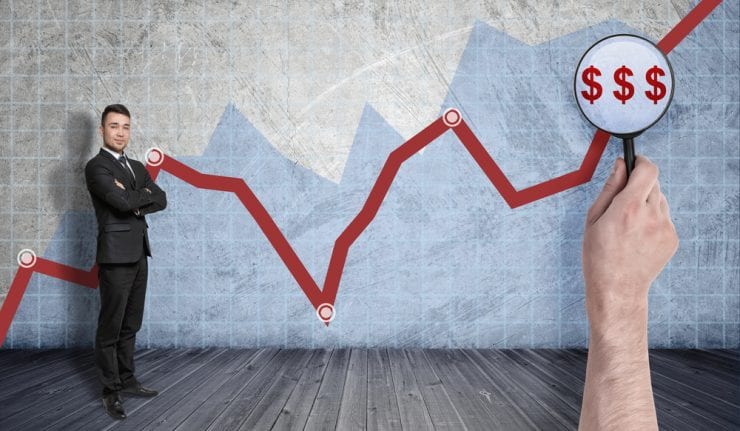 In his first “state of the union” address, President Donald Trump hit a home run with investors, as the Dow Jones Industrial Average skyrocketed above 21,000 the next day.

The new president promised tax cuts for corporations and the middle class, less regulation in business and medicine and lots of new jobs. So far Trump has been all talk and little action, but he only took office on Jan. 20.

Now comes the hard part — getting his agenda through Congress. As long as some Democrats cooperate, most of his policies will pass. But it won’t be easy, since Republicans barely hold a majority in the Senate. Fortunately, his anti-trade policies are sufficiently unpopular that a border tax adjustment won’t pass.

I still find it amazing that Trump has rejected all his potential supply-side economic advisors — Larry Kudlow, Steve Moore and Anthony Scaramucci. Trump has yet to find an economist to head up the Council of Economic Advisors.

It must be tough finding a Ph. D. economist to support his anti-trade views. Even Andy Puzder (his choice for Labor Secretary) had to withdraw his nomination. I talked to a top supply-side economist (who wished to remain anonymous) who said that the problem is Gary Cohn, who left Goldman Sachs to head up the White House economic team. He apparently wants to control all things economic at the Trump White House.

In general, I see Trump as a big-spending supply-sider. He has promised historic spending hikes for defense, veterans, infrastructure, border security and child care, while refusing to cut Social Security and Medicare costs. Consequently, the deficits and national debt are likely to balloon under Trump.

Exclusive  A Smaller Fund that Focuses on the U.S. Floating-Rate Bond Market

My Forecasts & Strategies subscribers are taking full advantage by being 100% invested in stocks, with no position in bonds (which have topped out) and only a small position in a gold royalty company that actually pays dividends. And we’re beating the market.

I feel badly for those who have been suckered by the merchants of doom into getting out of stocks, and missed out on the Trump rally that has boosted the market more than 15% since Election Day. As the old Maxim of Wall Street says, “Bears make headlines, bulls make money.”

My newest trading service, the 1600 Alert, is already delivering gains on the back of new presidential policies… like the 7-day, 168% winner on an infrastructure trade we recently recommended. To learn how my 1600 Alert service works, please follow this link.

P.S. Thanks to all of you who have taken our survey of “The Top 50 Most Influential Libertarians.” You can still take it anonymously without giving your email address here: https://www.surveymonkey.com/r/FFNewsmax50Lib.

My Next Investment Conference

You Blew It! The Dangers of the ‘America First’ Doctrine

“They weren’t even asking for change,” Trump said, after mentioning the executives discussing overseas taxes. “But I am.”

Last week, before his address to Congress, President Trump visited with Harley-Davidson motorcycle executives, who admitted they were outsourcing their technology abroad. They also pointed out that their motorcycles are often subject to large tariffs, as much as 100%, in foreign countries where they compete with other manufacturers.

Nevertheless, the stock is doing well since the financial crisis of 2008. Trump’s solution is to impose heavy duties on foreign products coming into the United States. But a smarter solution would be to threaten foreign countries with retaliatory duties unless they reduce their tariffs.

Even if they don’t reduce their tariffs, the U. S. consumer is better off with cheap foreign products. The United States has set the standard and, as a result, we’ve become the wealthiest nation in the world.

Yes, we’ve lost a lot of manufacturing jobs as a result of free trade. But a better solution is to cut taxes and regulations on business so that they can better compete with foreigners.

Trade is a major part of the economy, bigger than President Trump realizes. Exports plus imports represent 30% of our gross domestic product (GDP), and 60% of the world’s GDP. In Panama, the figure is 120%, due to the Panama Canal and its free trade zone. If Trump disrupts this pattern, expect trade wars and lower economic growth.

This week’s Alpha Algorithm recommendation, Johnson & Johnson (JNJ), revisits a previous pick with big momentum. As of this morning, JNJ is the single most popular position among the Alpha Algorithm strategies. Founded in 1885 and based in New Brunswick, New Jersey, Johnson & Johnson manufactures and sells various products in the health care field worldwide. Its consumer product portfolio includes household names like Listerine, Tylenol and Sudafed.