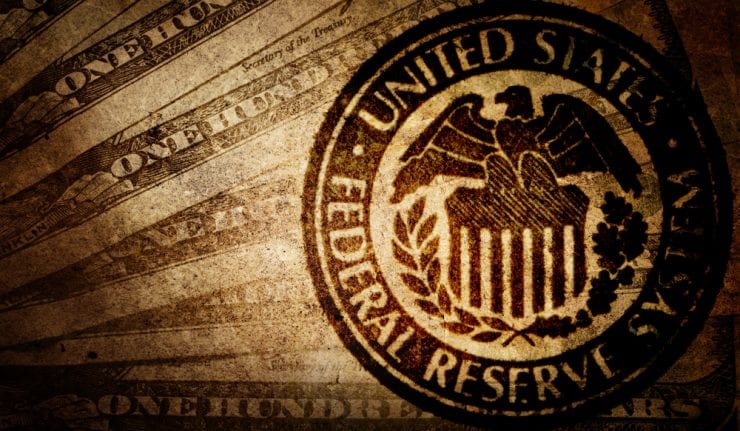 The writing was on the wall and the Fed did not disappoint last Wednesday, March 15, when the Federal Open Market Committee (FOMC) stayed true to its preemptive rhetoric by bumping up its target range for the fed funds rate by 25 basis points from 0.75% to 1.00%.

The decision, as outlined in the Fed’s post-meeting policy statement, contained some upgraded views, as it certainly should have considering that the policy rate was increased. In particular, the Fed noted that business fixed investment has firmed somewhat and that inflation will stabilize around 2% over the medium term.

More importantly, the Fed stated that monetary policy should support some further strengthening in labor market conditions and a sustained return to 2% inflation. In addition, the committee expressed expectations that economic conditions will evolve in a manner that will warrant gradual increases in the federal funds rate. The thrust of the directive is that the committee sees economic conditions improving and that it is more confident in inflation returning to, and being sustained at, the longer-run target of 2%.

At the same time, the Fed was careful in maintaining its median projections for the change in real gross domestic product (GDP), the unemployment rate and personal consumption expenditure (PCE) inflation. That supports the view that the committee is not speculating on the impact of fiscal stimulus from Trump initiatives without knowing any details and the timing of passing a fiscal stimulus package. The Fed has cried wolf once too often and is wise not to speculate on future stimulus in the form of tax reform, repatriation of capital, budget cuts and deregulation.

Separately, Fed Chair Yellen emphasized that the fed funds rate target is the committee’s key policy tool. That statement creates an impression for market participants that the Fed isn’t in a hurry to reduce its balance sheet. That single impression sparked a surprisingly significant rally in the long end of the curve following the FOMC announcement. The 10-year bond saw its yield drop by 10 basis points to 2.50% in reaction as short-covering activity is probably aiding the move. That drop in the long end of the yield curve, as well as profit taking in the dollar, appeared to fuel equity markets to the upside as investors liked what they heard.

The major takeaway of this Fed meeting is that the market largely got its Goldilocks outcome in the form of a rate hike that acknowledges the improvement toward the Fed’s objectives, a dot-plot sticking with a projection for only three rate hikes this year and a reiteration that the committee still thinks a gradual path of normalization in the fed funds rate will be warranted for the right economic reasons. The understanding that the Fed doesn’t seem to be in a hurry to reduce its balance sheet was a cherry on the sundae.

Even better, the stock market acted in a more grown-up manner than in times past, when good news crossed the tape to spur a 300-point rally for the Dow only to see a hangover sell-off that followed the next few days thereafter. Yes, the major averages lifted higher, but the move was constructive and not euphoric. After all, the cost of money just went up and rising interest rates even off of such low levels can prove to be a headwind, if just nominal. But all in all, the Fed is exhibiting a kind of confidence not seen before.

So with the Fed good to go, energy prices at multi-month lows and most economic data points indicating a strengthening first quarter, investors may well want to get in front of the next earnings reporting season. I suggest putting to work a smart strategy that allows one to control a basket of market-leading blue-chip stocks that trade above $100 per share for a fraction of the price, while collecting monthly premiums in the form of immediate cash. It involves a long-dated option strategy called a bull-call spread that utilizes buying Long Term Equity Anticipation Securities (LEAPS) call options with expirations that average a year out, while also selling out-of-the-money call options that expire in the next month or two.

These trades are designed to capture returns of 20-30% from a 3-5% move in the underlying stock inside two months. Imagine making 28% from Apple if the shares appreciate only 3.5% in six weeks. But that’s the kind of trade that affords a typical investor who doesn’t want to tie up $70,000 to own 500 shares of Apple to take full advantage of owning shares in the market’s favorite name and banking eight times the profit from a small 3.5% rally (5 points) in the stock at a fraction of the cost.

It is an exciting trading strategy that concentrates on no more than 10 positions at any given time and is the core purpose of my trading advisory service called Instant Income Trader. More information on how this strategy can be a part of one’s portfolio can be found by clicking here. All one needs to do is take 10 minutes and a cup of coffee and follow my trading instructions once per week. That’s it. It is simple to understand. It is easy to manage and it is making traders a lot of money in one of the lowest-risk option strategies available that utilizes only the biggest and best stocks.

In case you missed it, I encourage you to read my e-letter from last week about what higher wages and a border tax can do for the U.S. economy.

previous article
Another Technology Play Pops up Among Momentum Stocks

With the tech-heavy Nasdaq up 11.42% over the past three months, technology stocks keep popping up as leading momentum plays in the Momentum Trader Alert system. This week’s Momentum Trader Alert recommendation, Lam Research Corporation (LRCX), designs, manufactures, markets and services semiconductor processing equipment used in the fabrication of integrated circuits. Lam also is a leading supplier of front-end wafer processing equipment to the worldwide se