Technology always has attracted dreamers, innovators, and venture capitalists. For that reason, it also appeals to retail investors hoping to latch onto a high-flying technology stock and sell it for a huge profit. But recent technology initial public offerings (IPOs) have left retail investors wondering where the profits are for them.

Massive profits often are limited to corporate pioneers and their venture-capital backers. They took the biggest risks and made headlines when their critical, early-stage support created a fast-rising corporate success story. Just look at Peter Thiel, one of the initial investors in Facebook (FB). With his $500,000 investment, Thiel was able to cash out more than $1 billion this week. While not all investments in technology play out this way (most don’t), stories like Thiel’s capture the investors imagination.

Apple (AAPL), which became the most valuable company in the world yesterday, in terms of market capitalization, and the success of Google (GOOG), have created an environment where venture-capitalists and retail investors alike are looking for the next great opportunity in the technology sector.

Investors, without access to the primary market, don’t want to be left on the sidelines as winning technology stocks grow quickly and make their founders and venture capitalists enormously rich. But with stock prices of companies such as AAPL and GOOG now so high, it is a difficult decision for retail investors to buy a stock trading at $650 per share without putting themselves at risk of becoming a late-to-the-party backers who help others cash out when the company they own may be reaching its peak.

As cautionary tales, much hype has accompanied the latest round of technology and web- based IPOs for companies such as Facebook (FB), Zynga (ZNGA) and Groupon (GRPN). These IPOs on the surface may have seemed like the chance for mom-and-pop investors to scoop up puffed-up stocks for themselves. All three of these companies came to market with great promise, millions of users and customers, and seemingly unlimited potential. Employees and venture capitalists became millionaires and billionaires overnight through these IPOs. The media devoured the success stories and unfathomable paydays, but only wondered about their viability going forward until the stocks fell flat, not before. Not much opportunity was left for retail investors looking to buy 50 shares in hopes of paying for the college educations of their children a number of years down the road.

So, what constitutes a successful IPO, and for whom? For those who purchased stock in Facebook, Groupon or Zynga, they are wondering the same question. The takeaway here is that as retail investors, not venture capitalists, we need to be as critical of these technology darlings’ business and business models as we are of the petrochemical companies, grocery operators or shipping companies. We cannot afford to get lost in the venture-capital hype as these companies come to market. 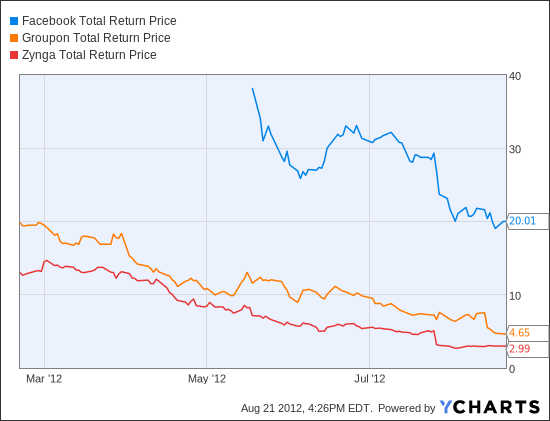 Questions exist about the future profitability of Facebook, growing competition in the online coupon market for Groupon and Zynga’s over-reliance on the Facebook platform. These major issues have crushed the stocks of these companies. Since their IPOs, Zynga is down 70%, Facebook has fallen 50% and Groupon plunged a staggering 81%.

Venture capital and the technology sector have been attached at the hip since the beginning of Silicon Valley’s growth in the 1980s. Technology is one of the few sectors with hardly any entry barriers for new companies that find a niche of unmet need. Billions of investment dollars are available for a compelling idea and business plan. This framework is what drives venture capital and media interest in these start-up technology companies. A profitable business with strong fundamentals is often an afterthought.

While we all might not be tech innovators, investors large and small want to invest in these types of promising businesses. We all have seen the millions and billions of dollars that they’ve made, and we understandably want a slice of the pie.

Meteoric growth and viral popularity in today’s era of social media characterize the most successful technology ventures from Silicon Valley and elsewhere. Visionaries have a penchant for coming up with ideas and tools for our everyday lives that we never realized we needed, but then seemingly cannot live without. As investors, we want to get behind these companies and products, in search of wealth, but retail stock investors also need to be cautious about buying shares belatedly just as early investors are heading for the exit with their profits. 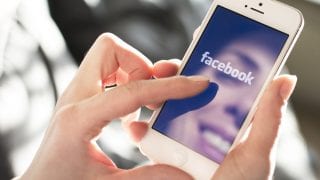