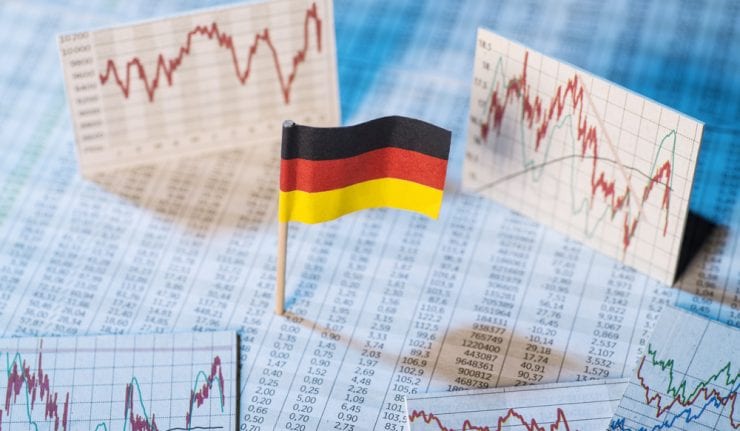 Just as there are multiple ways to play domestic markets, there also are many funds focused on international equities. Today’s featured exchange-traded fund (ETF), the iShares MSCI Germany ETF (EWG), is the largest one in Europe devoted to particular country.

For investors who are interested in the German stock market, this fund is one of the most liquid options available. It invests primarily in large-cap German companies, but also includes some mid-cap stocks.

Even though EWG is the largest ETF available that targets a specific European country, that fact does not mean that its country of focus, Germany, has the highest total capitalization among European stock markets. In fact, that honor belongs to the United Kingdom. This fund simply has the most assets among similar single-country funds. A key reason is that there are multiple ETF options for most developed countries’ markets.

EWG has performed quite well during the last 12 months, which makes sense as the euro zone has, in general, been experiencing a liberal monetary policy and a reduction in headwinds, EWG’s performance has been especially strong since December 2016, along with that of other global markets. But this does not mean that the road higher is devoid of bumps. The fund is up 20.7% during the last 12 months, has an expense ratio of 0.48% and pays out roughly a 2.25% dividend. 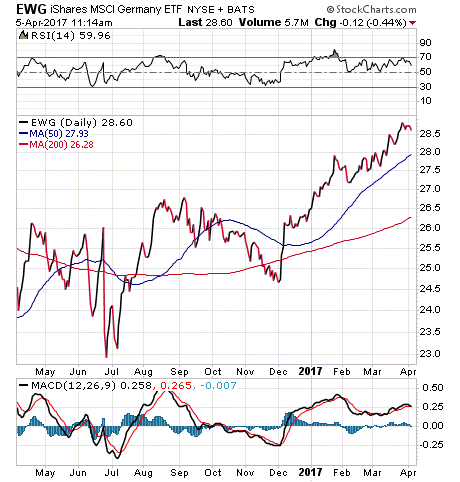 EWG currently holds 60 stocks, a number that makes the fund somewhat diverse as a single-country investment vehicle. In terms of sector allocations, the ones most strongly represented are Consumer Discretionary, 18.63%; Materials, 14.53%; and Financials, 14.17%.

If you are looking for a simple, no-frills way to gain exposure to the German market, the iShares MSCI Germany ETF (EWG) is worth including in your search to decide if it is a good investment for you.

U.S. stock markets spent the past week locked in a narrow trading range. The Dow Jones closed with a slight loss of 0.05% for the week. The S&P 500 eked out a gain of 0.05% and the Nasdaq recovered 0.66%. The MSCI Emerging Markets Index pulled back a relatively modest 0.46%. Overall, your Smart Money Masters‘ holdings fared much better than the indices. Navigator Holdings (NVGS) soared yet another 8.18%. Liberty Broadband (LBRDK) also gained 3.3

share on:
Exclusive  An ETF that Bets on a Recovery in China