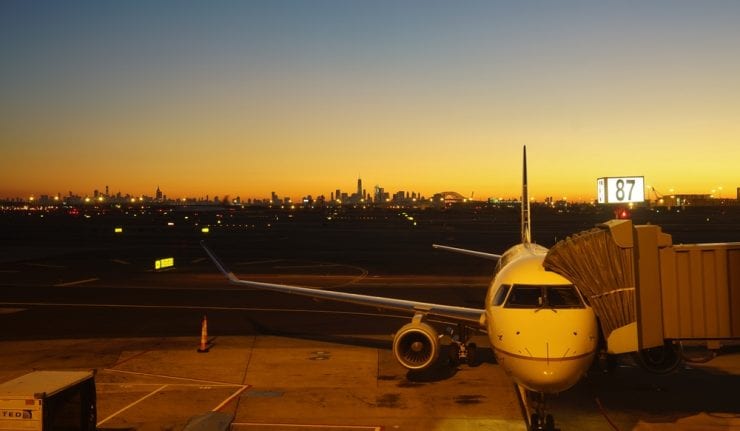 The April 9 incident of a physician “bumped” off a United Airlines’ (NYSE: UAL) flight has hurt the company’s share price and, depending on an investor’s point of view, either presents an opportunity to buy UAL shares at a discount or a concrete reason to stay away from the company.

In the last few days, the video showing a paid and seated passenger being forcibly removed by Chicago aviation police from the United flight on April 9 has gone viral on the internet. The initial backlash against United on social media was further intensified when the company’s CEO Oscar Munoz gave an initial response about the incident that sounded more like support for his airline’s actions than a true apology.

The public backlash is coming at a crucial time for the major airline carrier and could have repercussions down the line. After being ranked near the bottom among U.S. airline companies in 2015, United was endeavoring to improve last year. The company beat expected earnings forecasts by an average 4.1% for all quarters in 2016 and also managed to rank in the middle of the field on several lists for the best and worst U.S. airlines.

According to Airfarewatchdog, a brand of TripAdvisor Media Group, United ranked as follows against eight other competing airline companies last year:

With UAL set to report earnings next week, investors won’t know for a few months how much this public relations fiasco will impact the company’s numbers. But United’s efforts at attaining an improved public image just ran into a seemingly immovable obstacle.

Exclusive  An Aerospace Giant Emerges in the Alpha Algorithm

As shown below, United’s stock price initially was unaffected in trading on Monday, April 10, even after the video appeared online. However, early trading on Tuesday saw the stock sell off close to 5% before stabilizing later in the day. Stocks of competing airlines such as Spirit (SAVE) and Southwest (LUV) also saw losses during part of the day on Tuesday. It appears United not only dragged a customer off a flight but pierced the short-term market valuations of its industry peers, too. 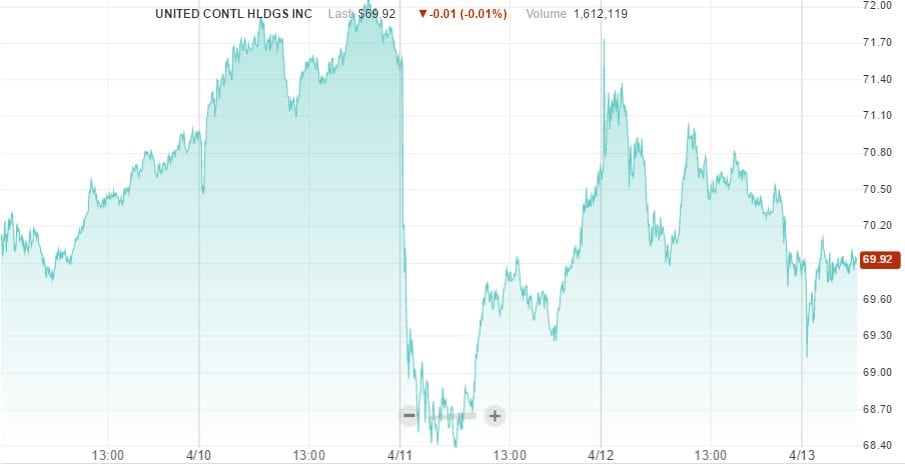 Now that several days have passed and United’s stock seems to have stabilized about 2% below Monday’s closing, it seems safe to say United did not suffer any huge, immediate sell-off in its share price. Investors apparently react much more strongly to a disappointing earnings report, which frequently drops a company’s stock price 10% or more in one day, than they do a situation like this.

Emotions need to cool and the situation needs to be rationally analyzed before the real effects of the public relations backlash on United’s business can be seen.

Additionally, some investors are sure to see this price drop as a decent entry point into the major airline carrier. This will provide a degree of balance against any emotions-based selling of UAL shares.

On the flip side, some investors may be worried about the long-term prospects of United Airlines, and justifiably so. United already lost close to $1 billion in market value since the damaging video went viral, and media reports show public sentiment is decidedly against United right now. These issues could plague the company for the foreseeable future.

According to a chart from StockTwits, 81% of sentiment on United Airlines is currently bearish. 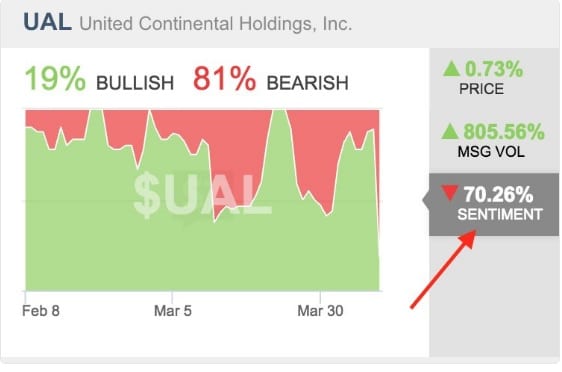 The bottom line is that investors seeking to profit might be better off looking elsewhere than United, or even avoiding the entire airline industry for the time being, as the other airline companies seem to be trading somewhat in tandem with United.

Tim Johnston writes for StockInvestor.com, among other Eagle Financial Publications’ websites. He also has written for CNS News, MRCTV and RightlyWired.com. Tim graduated from Christendom College in 2014 with a B.A. in Political Science and Economics and a minor in History. When not discussing politics or analyzing financial markets, Tim enjoys studying and practicing Historical European Martial Arts. 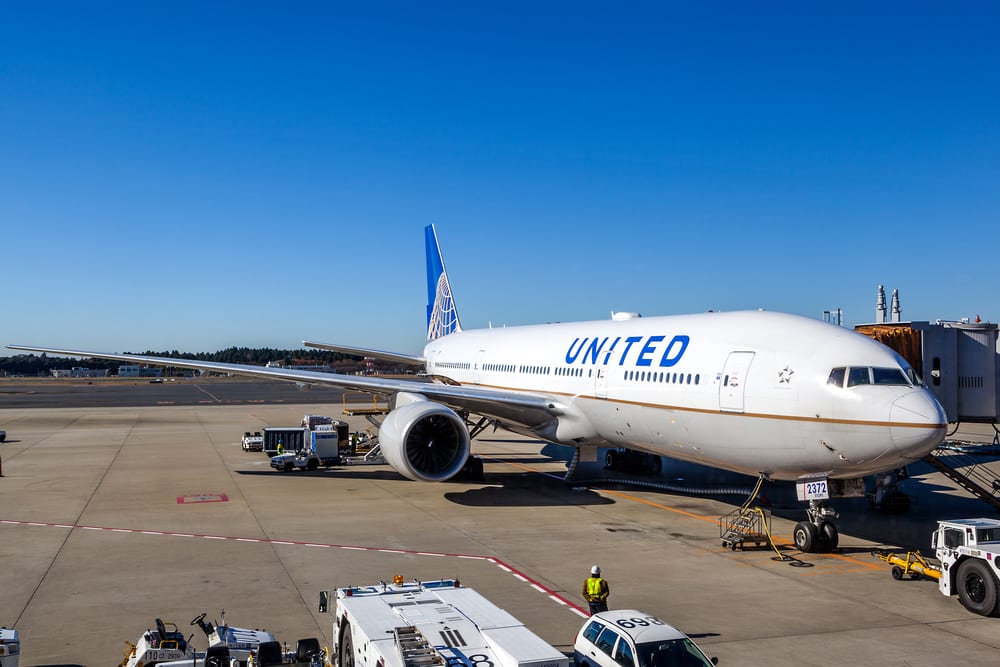 Exclusive  How To Assassinate a Stock