What’s the Favorite Book of the World’s Top Traders? 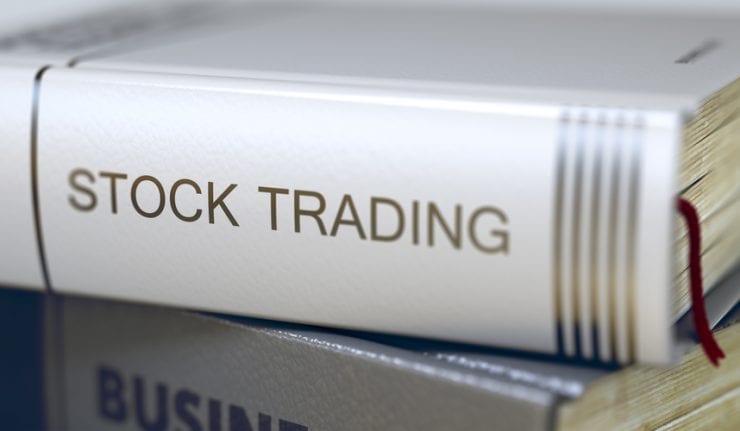 Ask the world’s top investors which book on investing influenced them the most, and they will likely mention “Securities Analysis” by Graham and Dodd.

Published in 1934 and widely considered the bible of value investing, “Securities Analysis” is the safest “politically correct” choice. After all, value investing is the investment equivalent of living on a diet of broccoli and mineral water.

It is a diet that is likely very good for your investment health. At the same time, it’s tough to stick with value investing’s Draconian tenets. Even worse, most investors find value investing boring.

Ply a top trader with a few glasses of Chateau Lafite Rothchild, and he will likely concede that the single-most important book he’s read is Jack Schwager’s “Market Wizards: Interviews with Top Traders.”

Published in 1990, “Market Wizards” was the first of a genre of books that delved into the minds of the world’s top financial traders. For many investors of a certain age, it was Schwager’s book that turned them on to the world of capital markets in the first place.

That was certainly the case with me.

I first read “Market Wizards” when I was a junior lawyer at a major Wall Street law firm. The book compelled me to chuck a very expensive legal education out the window to enter the financial markets.

My parents were appalled.

Back then, I must have read “Market Wizards” at least 50 times. I was riveted by the remarkable success stories of these financial titans no one had ever heard of:

Paul Tudor Jones boasted triple-digit-percentage gains on tens of millions of dollars for five years in a row.

The cryptic and enigmatic Ed Seykota realized 250,000% returns on his accounts over 16 years.

First, Schwager’s interviews depicted the very human travails of a pioneering generation of traders who were both mysterious and brilliant. The astonishing financial returns of these world-class financial athletes offered hope to anyone who thought himself smart enough to unlock the secrets of financial markets.

Second, “Market Wizards” is chock full of timeless market wisdom. Even as I flip through my dog-eared copy of “Market Wizards” today, I am awed by the profound insights on every page of the book. Just yesterday, I was listening to a podcast interview of a leading U.S. investor. I counted no fewer than five examples of market wisdom he cited that came straight from interviews in “Market Wizards.”

Sure, “Securities Analysis” by Graham and Dodd is an important text. Every professional investor should read it.

But here’s a reality check.

The analytical skills “Securities Analysis” teaches are fungible in today’s world. Unlike in Graham’s day, a lot of people can read financial statements.

With today’s computer screening programs, you can access information about a company’s fundamentals at the click of a mouse.

There is no poring over company balance sheets and income statements with green eye shades needed.

Benjamin Graham himself conceded that he couldn’t get an edge in the markets by using fundamental analysis. The market had become too efficient.

The key to becoming a successful investor has nothing to do with analyzing financial statements better than a rival analyst in another Wall Street skyscraper across the way.

Instead, the “secret” is the right psychology.

That applies to you whether you are a day trader… or a die-hard value investor who sits on the same position for years.

Warren Buffett says that the single-most important thing he learned from Ben Graham was about “Mr. Market’s Moodswings” — taking advantage of irrational market fluctuations to buy a stock.

So Buffett’s “edge” is pure psychology.

Nor is the world’s greatest long-term investor alone.

No matter how they skin the investment cat, all of the world’s top traders understand that psychology is the key to their investment success.

George Soros attributes his success to his grand-sounding “Theory of Reflexivity.” Yet, his son Robert describes his father’s trading as purely instinctual, driven by the pain in the elder Soros’ back.

Ray Dalio, the founder of Bridgewater, the world’s biggest hedge fund, credits his firm’s success to the mental clarity that practicing yoga gives him.

After reading “Market Wizards,” I became a big believer in the importance of psychology.

And the only time I have gone to see a psychologist, aside from the one I married, was Dr. Van Tharp, a trading psychologist profiled in “Market Wizards.”

Although that was 20 years ago, I’ve always felt it was some of the best money I ever spent.

When “Markets Wizards” appeared in 1990, it was a different world.

The so-called “Market Wizards” were the brainy chess masters who generated their astonishing returns before computers took over the world’s financial markets.

Today, over 70% of the trading in the U.S. stock market is driven by algorithms. And algorithms don’t need trading psychologists.

That’s why the Market Wizards depicted in Schwager’s books would never get hired at a major hedge fund today.

Instead, 20-something computer programmers who know the C++ programming language that is used to program financial algorithms have replaced Market Wizards who traded based on their gut.

By way of contrast, George Soros, the greatest speculator in history, could not even pass his first Chartered Financial Analyst (CFA) examination.

Here’s the uncomfortable truth. Whether due to size, onerous regulations or more efficient markets, the original Market Wizards still active in the financial markets have stumbled badly over the past decade or so.

Paul Tudor Jones, Bruce Kovner and even George Soros have rarely generated more than low single-digit-percentage returns since the financial crisis of 2008.

Somehow the brave new world of algorithmic trading has thrown the Market Wizards for a loop.

The original Market Wizards are the equivalent of the chess master Garry Kasparov, the former Russian World Champion who IBM’s Big Blue computer defeated in 1997.

Unsurprisingly, only the “rocket scientist” algorithmic traders like Jim Simons, founder of Renaissance Technologies, have continued to thrive in recent decades.

Perhaps, the original Market Wizards were, as George Soros once self-deprecatingly described himself, merely “one-eyed kings among the blind.”

But what fascinating one-eyed kings they were.

In case you missed it, I encourage you to read my e-letter from last week that contains the details on three funds that outperformed the S&P 500.