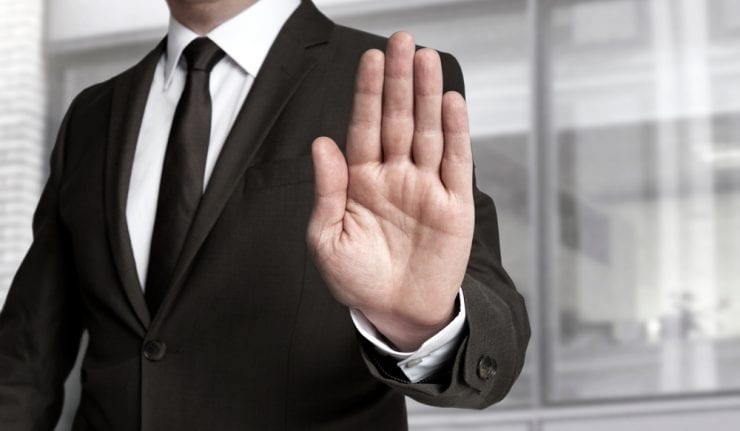 In the investment business, advisors, pundits and brokers like to tell you about the stocks, sectors and exchange-traded funds (ETFs) lighting up the scoreboard with big gains.

Hey, I understand that. After all, it’s fun to read about the big winners and to speculate as to whether those winners can keep delivering outsized performance.

The India fund will be familiar to my Successful ETF Investing subscribers, as we just closed this position for a realized gain of more than 39%.

And while it feels good to read about and to hit home runs in your portfolio, from a practical standpoint it is perhaps more important to avoid the big losers.

With broad-based indices such as the S&P 500 trading at all-time highs after rising 7.4% so far in 2017, it’s easy to forget that so many market sectors are in the poor house. 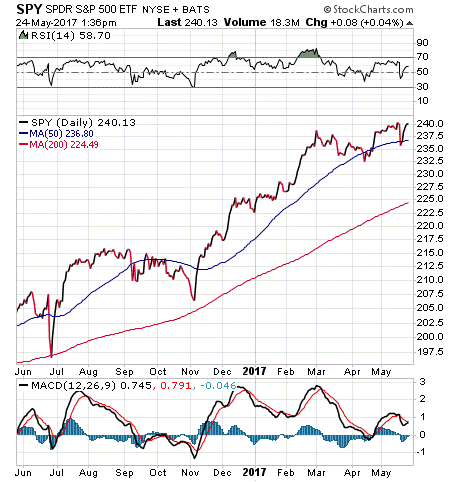 So, which market sectors and, specifically, which ETFs have been the cellar dwellers to avoid so far in 2017?

One of the worst bets investors could have made this year is for volatility. The CBOE Volatility Index, or VIX, has been at its lowest level in years. That’s done a lot of damage to long VIX ETFs such as the ProShares VIX Short-Term Futures ETF (VIXY), which is down some 45.4% in 2017, and the iPath S&P 500 VIX Mid-Term Futures ETN (VXZ), which has fallen 29.2% year to date.

Oil prices also have tumbled in 2017, as the OPEC cartel’s production cuts have been offset by growing U.S. crude oil production. That’s pressured oil sector ETFs such as the SPDR S&P Oil & Gas Equipment & Services ETF (XES), which has tumbled nearly 21% year to date. Natural gas also has been an energy sector under pressure, as shown by the near-20% decline so far in 2017 by the United States Natural Gas Fund (UNG).

Rounding out these five cellar dwellers to avoid like the proverbial plague is the PowerShares DB Agriculture Long ETF (AGF). This agricultural commodities fund has fallen 19.4% year to date as a testament to the weakness in this specific sector and commodities in general.

Identifying these ETFs is good, as it allows us to know what funds we should avoid. Yet recognizing these funds also serves as an education, as the lack of volatility in equity markets, along with a plunge in commodities, is somewhat telling.

Ask yourself this: How can this stock market rally, which is largely been built on the prospects of economic reflation, continue if the prices of commodities such as oil, natural gas and agriculture are plunging?

Something’s got to give, as the old saying goes, and that something might just be the gains in this market.

If you want to find out how to continue riding this bull market, yet you also want to know when it’s time to head for the exits, then I invite you to put the power of a proven “safety switch” to work for you.

That safety switch is the plan we’ve relied on in the Successful ETF Investing newsletter to help generate market-beating returns for most of the past four decades. Do yourself a favor and check it out, right now.

HYG is one of the biggest corporate bond funds available, with more than $18 billion in assets under management. The fund invests in bonds from a variety of sectors but the biggest holding consists of communications companies’ bonds, which comprise about 25% of the portfolio.

The bond durations are no longer than 10 years, distributed somewhat evenly across the sub-10-year spectrum, with an average duration of around four years.

While HYG’s bond holdings are a little riskier than some, the upside is that they tend to pay a little higher yield than many other bond funds. At a time when bond yields are on the low side, this could make HYG more appealing to some investors.

The fund owns bonds of companies that are seen as riskier in the U.S. domestic space, but are not necessarily small-cap companies. One example of a riskier issue is scandal-plagued Valeant Pharmaceuticals International (VRX).

HYG currently yields more than 5% and has an expense ratio of 0.32%. As the chart below shows, the fund has performed well over the last 12 months as its share price rose more than 10%, while also paying a nice dividend. 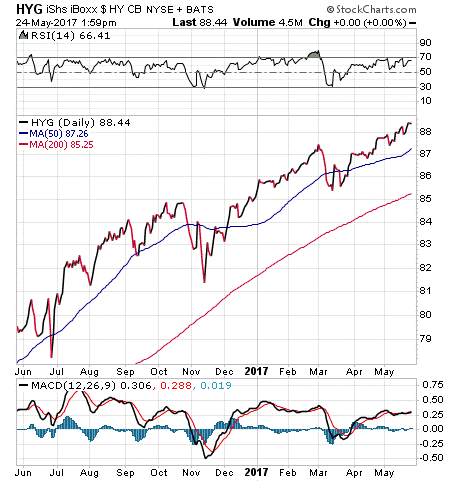 There are many options for investing in the bond market, but high-yield U.S. domestic corporate bond investors may like the iShares iBoxx $ High-Yield Corporate Bond ETF (HYG). It offers a market cap of almost $20 billion and ranks as a popular choice for investors.

On Markets and Self-Made, Manufactured Crises

It is said that man is a being of self-made wealth and self-made soul.

By “soul,” I mean a man’s conscious contents (and by “man” I mean human beings). So, when I see what looks to me to be a set of consistent self-made, self-inflicted wounds by the president of the United States, well, I begin to get worried on not just a political level, but on also a much deeper level.

Practically speaking, as a market watcher and purveyor of investing advice, I’m also starting to become concerned about the effect this has on our money. That concern has risen mightily over the past couple of weeks due to the manufactured crises we’ve seen emanating from the White House.

First, it was the inelegant firing of FBI Director James Comey. It is one thing to fire someone (which was the president’s right), but it’s another thing to have that person learn about their dismissal on TV, and not directly from his boss. Perhaps I’m just “old school” here, but if you have to deliver someone bad news, have enough guts to look into their eyes and deliver that news right to his face.

Then there were the most-recent revelations of perhaps why Mr. Comey was fired, which is extremely troubling. If you believe the latest news reports (and that is a big “if”) Comey allegedly was asked to back off the Trump-Russia probe. When he didn’t agree, the president terminated him.

I’m not an attorney, but that does sound like the genesis of a possible obstruction of justice claim to me. Given this situation, is it any wonder why markets reacted with a knee-jerk sell-off last Wednesday?

Then there was the recent revelation that President Trump may have divulged Top Secret intelligence gathered by a friendly foreign government (Israel) to the Russians.

This revelation is disturbing from a citizen’s point of view; but from a market observer’s point of view it’s one more manufactured crisis capable of destroying any hopes of progress on the one thing that’s really driven markets higher since November — the passage of the pro-growth Trump agenda.

Speaking of that agenda, things appear to be somewhat perilous.

Remember that the president took office with hopes of enacting a $1 trillion infrastructure build out. While that number was mostly wishful thinking, the idea of an infrastructure spending plan that could get bipartisan support was one that looked promising.

Yet the reality is there hasn’t been any progress on this front. Moreover, the current political turmoil isn’t likely to get members of Congress to the table to deliver a win for President Trump anytime soon.

Then there was the pro-growth notion of deregulation, and particularly the repeal and replacement of Obamacare. Well, after an initial failure to even bring the Trump plan to the House for a vote, we did see a reorganized plan narrowly pass.

Exclusive  Everything You Need to Know About Sector ETFs

While this was the president’s first, albeit modest, legislative win, there seems to be little chance of any bill passing the Senate. And even if there is passage of a health care reform bill in the Senate, it isn’t likely to bear much resemblance to the House plan.

Yet the biggest pro-growth Trump agenda elephant in the room remains tax cuts.

At the beginning of the year, markets expected an agreement (at least in principle) on a tax cut proposal by the August Congressional recess. What we all (i.e. market professionals) wanted to see was a reduction in the corporate tax rate down to 15%, or at most 20%. We also wanted to see a general agreement on a one-time repatriation tax holiday for foreign profits.

Here, again, there really has been little to no progress.

Right now, there are major roadblocks on this issue within the Republican ranks, with some in Congress insisting on so-called “revenue neutral” provisions such as border adjustments and removing interest deductibility for corporations.

The most interesting thing about the tax cut issue is that stocks have continued to climb in 2017, despite the lack of actual progress on the tax front. I think this is because there still is a broad expectation that some kind of tax cut deal will be implemented by early next year.

Before the president’s self-inflicted wounds of the past several weeks, I would have said that a tax cut of some sort passing Congress by the end of the year is very likely. Now, however, I’m not nearly as certain.

That’s unfortunate for investors, for citizens at large… and for America.

Where nothing is owed, deserved or expected
And your life doesn’t change by the man that’s elected
If you’re loved by someone, you’re never rejected
Decide what to be, and go be it…

— The Avett Brothers, “Head Full of Doubt/Road Full of Promise”

Life doesn’t owe you anything, and you don’t deserve anything. Yet if you are fortunate to find comfort in another, and you take the necessary action in pursuit of your own happiness, you might be lucky enough to live a fantastic life. So, go for it. 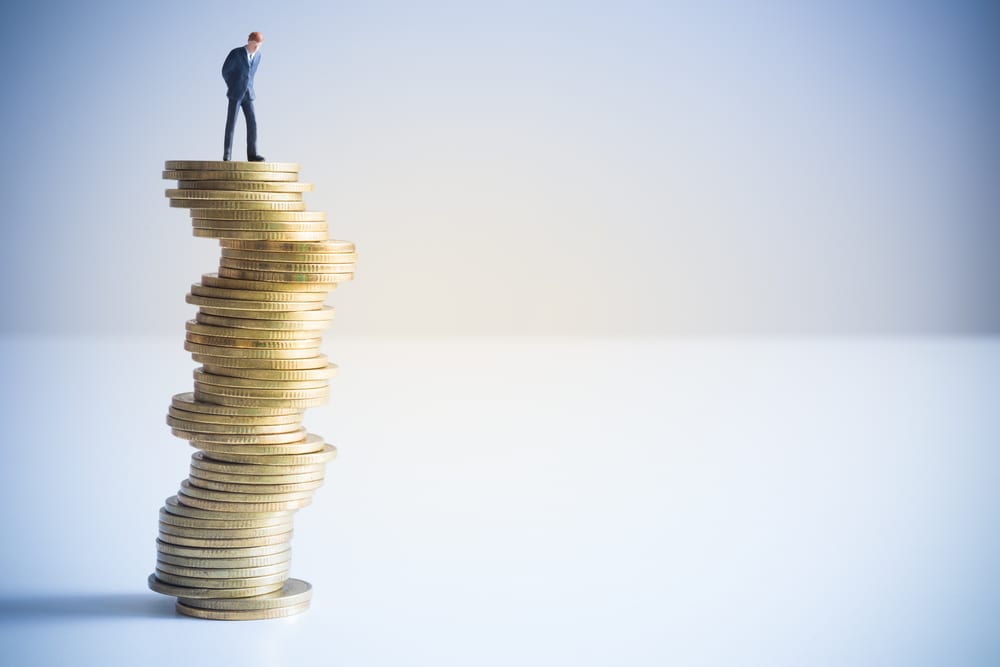 share on:
Exclusive  A Bullish Breakout For Small Caps Is Underway