How to Play the Global Income Game 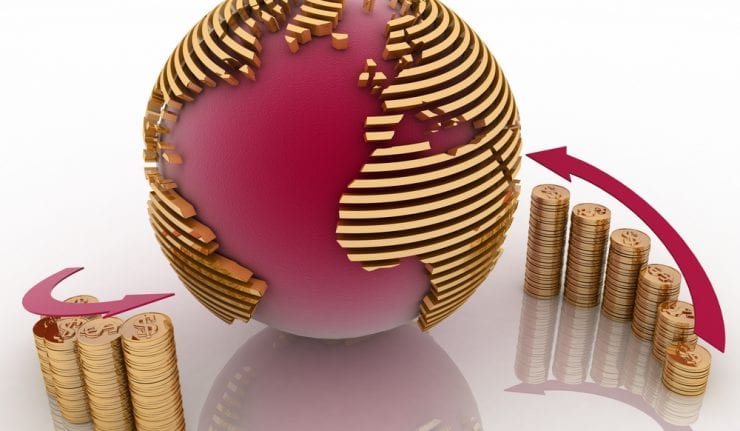 With large mainstream U.S. income funds like Vanguard Total Bond Market ETF (BND) yielding just 2.43%, it has been a tough environment for retirees and other income investors.

That means that each $1 million in your retirement portfolio yields a paltry $2,025 per month. That’s hardly a king’s ransom.

That’s why U.S. retirees and income investors have been diversifying into other income-generating vehicles with higher yields.

The Biggest and Most Ignored Investment on the Planet

Alternatives to U.S. bonds include everything from Real Estate Investment Trusts (REITs) to Business Development Companies (BDCs) to Master Limited Partnerships (MLPs) and beyond.

A diversified portfolio consisting of 10 income investments that I track on a daily basis offers a terrific balance of risk and return. It boasts a solid yield of 4.52% — almost twice that of traditional income funds — with many investments paying out dividends on a monthly basis.

Among this portfolio of income investments is one asset class U.S. investors have all but ignored: foreign debt.

Just as U.S. investors have a “home country” bias by investing the bulk of their equity investments in U.S. stocks, they are also reluctant to invest the income portion of their portfolio in foreign bonds.

That’s ironic because foreign debt — when you take both sovereign and corporate debt together — is the single-largest asset class in the world.

Say, you invest your portfolio along the lines of a traditional 60% stock and 40% bond portfolio.

Weighting your portfolio purely according to market capitalization, you should have roughly 50% of your stock allocation in foreign stocks.

Exclusive  U.S. Markets are Flat and a Technical Set Up for Biotech Stocks

And you should also have 30% of your bond allocation in foreign income investments.

Yet, the average U.S. investor has approximately 0% invested in international bonds.

What about Currency Risk?

But currency risk cuts both ways.

Here’s why it is less of a worry than you think.

First, currency valuation is a relative game. You can think of income denominated in foreign currency as a hedge against a decline in the value of the dollar.

With the U.S. dollar trading near record highs, any income generated in foreign currencies will get a boost as the value of the U.S. dollar returns to more normal levels.

Second, there are ways to invest in foreign income investments without exposing yourself to currency risks.

Some international bond ETFs, especially those targeting emerging markets, hold foreign debt securities denominated in U.S. dollars. These offer some of the highest yields you can earn and come with no currency risk attached.

This ETF tracks the Solactive Global SuperDividend Index, an equally-weighted index consisting of 100 equally-weighted companies that rank among the highest-dividend-yielding equity securities in the world.

Now, remember that “global” doesn’t mean international. SDIV has about one-half of its investments in U.S. stocks. As U.S. dollar-based investments, you are not taking in any currency risk in this section of the portfolio. The remainder is invested in high-dividend-yielding companies in Europe, Australia, Asia, Canada and Latin America.

In terms of sectors, it’s no surprise that SDIV focuses on financial services and consumer cyclicals, which together make up about 60% of its portfolio.

SDIV yields an impressive 6.77%, pays dividends monthly and charges a fee of 0.58% annually.

SDIV has generated a total return of 5.61% year to date.

This ETF invests in U.S. dollar-denominated emerging markets bonds. As such, it does not have any direct foreign currency exposure. Emerging markets’ sovereign bonds do carry credit risk, whereas U.S. Treasuries are “risk-free.”

Most importantly, EMB holds USD-denominated rather than local-currency debt. This eliminates currency risk for U.S. investors.

EMB was one of the first emerging-market debt ETFs. As a result, the ETF has terrific liquidity, making it a top choice for many investors.

P.S. Global investing is all about momentum. So is my new trading service, Momentum Trader Alert. With 36 of the 47 global stock markets I track up by at least double-digit percentages so far this year, you can be sure that you’ll see a lot of global stock picks in the service in the months ahead. To find out more, please click here.

Smart Beta Bond ETFs Could Be the Next Frontier

Why It’s So Hard to Admit You Are Wrong

How a Trading Algorithm Actually Works

What I’m Listening to

In case you missed it, I encourage you to read my e-letter from last week about the improving prospects of emerging markets.

You have lots of activity in this week’s Momentum Trader Alert. This week, I am recommending that you sell an option to lock in a triple-digit-percentage gain and to raise your stops in four stock positions to lock in 20% and 10% gains. I also am making a new options recommendation in one of your existing holdings. Make sure you review the details in the Portfolio Update section below. This week’s Momentum Trader Alert recommendation bets on a familiar name to