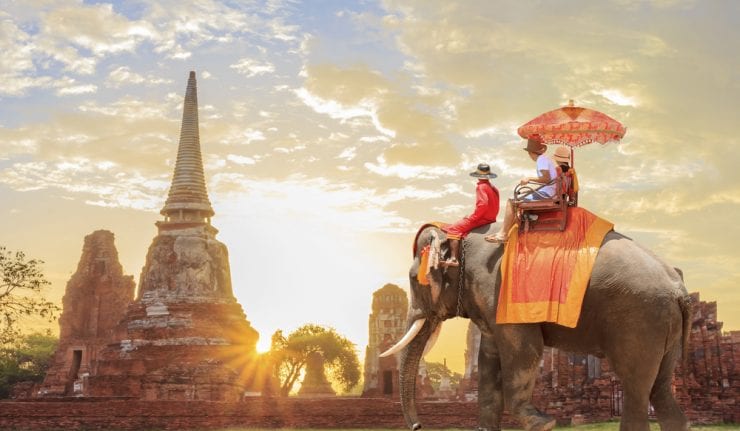 Last week, I attended the exclusive Lalcap India conference held in the ornate Guildhall in the City of London, an annual event organized by the polished and articulate Deepak Lalwani.

For over 17 years, Lalwani has authored the influential “India Report,” a must-read for key decision makers including investment managers, businessmen, Chambers of Commerce, United Kingdom MPs, members of The House of Lords in the United Kingdom and the media.

Having attended the Lalcap conference in the past, I know that it attracts the great and the good of the United Kingdom’s Indian business community. It is also a terrific way to get an insider’s view of India.

Because the meeting was held under Chatham House Rules, I can’t attribute specific views to individuals.

Some of the views expressed by the CEOs and diplomats who chaired the meeting were eye opening — whether on “Brexit” or the impact of British colonialism on India.

A Primer on India

For most U.S. investors, India is a far off and mysterious place.

If you do come across Indians in the United States, it likely could be in a university classroom or as a colleague at a Silicon Valley tech firm.

The verdict on India itself, however, is mixed.

Arthur Koestler, in his 1960 book, “The Lotus and the Robot,” unflatteringly described his experience of arriving in Bombay (Mumbai) as “the sensation that a wet, smelly diaper was being wrapped around my head by some abominable joker.”

Having been to Mumbai myself, I can confirm that India is an olfactory challenge.

In many ways, India has been Asia’s most disappointing long-term growth story.

Thirty years ago, India’s per capita gross domestic product (GDP) was equal to that of China. As recently as 2005, India boasted close to a 10% annual growth rate, boosted by high investment and a highly educated cadre of internationally oriented entrepreneurs.

But then something went wrong. Today, India’s GDP still stands just above Italy’s — itself a country of just 60 million, compared to India’s 1.3 trillion. The majority of India’s manufacturing workers work in factories without electricity. India’s infrastructure is decades behind China’s. Only 3% of Indians pay income tax.

Say the word “India” to any businessman in Asia, and he thinks “bureaucracy, incompetence and corruption.”

The Lalcap conference did remind me how far India had come.

India gained its independence from the British in 1947.

It only took seven years for India’s economy to double to $2 trillion by 2015.

It will take only five years for its economy to hit $3 trillion by 2020.

India will then rank as the 5th-largest economy in the world behind the United States, China, Japan and Germany.

By 2030, India will overtake Japan as the world’s 3rd-largest economy.

By 2024, India’s population will overtake China’s, reinforcing its position as the world’s largest democracy.

All of this occurred in the blink of an historical eye.

India’s newfound momentum in the past three years is thanks to its charismatic Prime Minister Narendra Modi. Hailed as the Ronald Reagan of India when he was elected, Modi’s mantra has always been “less government, more governance.”

Modi’s vision is for a strong India focused on economic development. He promised to raise economic growth rates, to improve infrastructure and to slash bureaucracy as part of his goal of creating 250 million jobs in 10 years. Hundreds of millions voted for Modi three years ago, hoping he could replicate his native Gujarat’s success across all of India.

The verdict on Modi is mixed.

On the one hand, observers now take India’s macroeconomic stability for granted. Double-digit inflation rates and ballooning current-account deficits are a thing of the past. Meanwhile, India has grown faster than all other big emerging economies (yes, that includes China) until just recently. The Indian stock market has boomed.

On the other, Modi’s reforms have been controversial and the results unclear.

The surprise “demonetization” of large-value banknotes in November shocked many Indians. A national Goods and Services Tax (GST) comes into force on July 1 and is expected to add 1% to GDP growth. A nationwide biometric scheme known as Aadhaar has linked digital identities to mobile phones. The system is a game changer in reducing corruption and oiling the machinery of business.

And therein is Modi’s biggest challenge: changing the chaotic and corrupt culture of business in India.

A Stanford University classmate of mine ran an operation of 200 programmers in Bangalore for a major Silicon Valley company. He described his experience as follows: “Imagine the worst corruption you possibly can. And then multiply it by 10 fold.”

Corruption under Modi has abated. Still, India places 130th out of 189 in the World Bank’s ease-of-doing-business ranking.

Global investor Jim Rogers refuses to invest in India, describing it as “a wonderful country, but a terrible investment.”

Could he be missing out?

In 2017, India is one of the best-performing stock markets in the world among the 47 global stock markets I monitor. It ranks 9th on this list with WisdomTree India Earnings ETF (EPI) up 23.36% year to date.

According to Lalwani, the Indian stock market trades at a price-to-earnings (P/E) ratio of 19 versus a historical average of 18.3. Its long-term cyclically adjusted price-earnings (CAPE) ratio stands at 20.3. The market isn’t cheap. But with earnings growth hitting 18%, it’s not that expensive either. Over the past 36 years, the Indian stock market has been down only nine years. In my view, 2017 is unlikely to be the tenth.

So what’s the verdict on India? India is destined to stand in the shadow of China in terms of flashy skyscrapers and mind-bending infrastructure projects. That’s due to a combination of India’s culture and its political system.

Despite the challenges of implementing economic reforms in the world’s largest democracy, India is making substantial progress.

And maintaining a democracy is a price that all the attendees of the Lalcap conference are ready to have India pay.

P.S. Profitable investing is all about momentum. So is my new trading service, Momentum Trader Alert. With 46 of the 47 global stock markets I track up by at least double-digit percentages so far this year, you can be sure that you’ll see a lot of momentum opportunities in the service in the months ahead. Click here to learn more about the driving force behind some of the biggest wins we’ve ever put in front of our readers.

In case you missed it, I encourage you to read my e-letter from last week about the uncertainties surrounding the U.S. markets today.