How the U.S. Can Learn from Canada’s Bi-Partisan Problem Solving 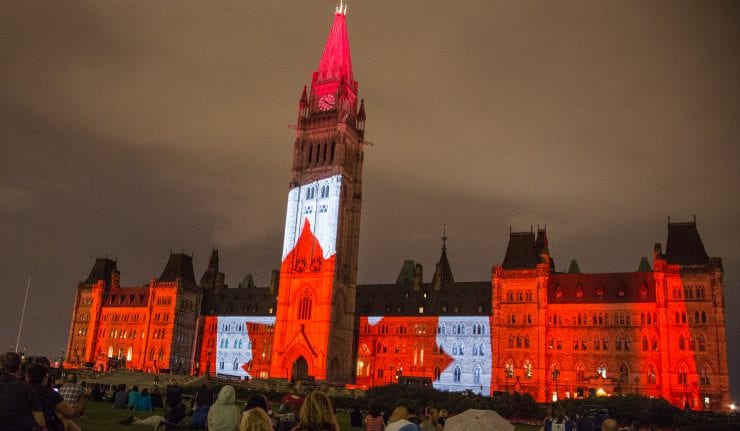 Over the years, I’ve visited Canada many times, mainly to speak at investment conferences. I’ve been to Vancouver, Toronto, Ottawa and Montreal.

Last year, my wife and I, along with Newt Gingrich, his wife Callista and subscribers of my Forecasts & Strategies investment newsletter, took a cruise to Eastern Canada. It personally was a gratifying trip for me because my father was born in Raymond, Alberta, Canada.

In many ways, Canada has changed for the better. There was a time in the early 1990s when America’s northern neighbor envied us — the Canadian dollar was weak, the welfare state was bloated and its national debt was exploding. John Fund wrote a famous Wall Street Journal op-ed about the “Canadian Peso.”

That all changed in the mid-1990s when the Liberal Party of Canada and the Conservative Party got together to solve their problems: They cut the deficit and the size of government through austerity measures, then engaged in a series of business and individual tax cuts. The corporate tax rate is now 15%, compared to the 35% rate in the United States. Canadian banks survived the financial crisis of 2008 intact and, at one point, the Canadian dollar was back on par with the American buck.

A recent study reported in the New York Times on June 28, 2017, (p. A27) found, “Immigrants to Canada work harder, create more businesses and typically use fewer welfare dollars than do their native-born compatriots… Canadian immigrants are almost 20% more likely to own their own homes and 7% less likely to live in poverty than their American equivalents.”

The Fraser Institute’s Economic Freedom Index shows Canada moving up to #5 in the world, while the United States has declined to #16.  Visit www.fraserinstitute.org for more.

However, this is  not to say Canada is without its problems. Its universal health care system is antiquated and forces millions of its people to come to America for surgery. Also, Canada’s real estate market is facing a crisis from overbuilding during the oil boom period.

In case you missed it, I encourage you to read my e-letter from last week about Amazon.com’s takeover of Whole Foods.

How do cable news television networks decide what topics to headline?

It is all a game of ratings. For example, CNN is getting high ratings by focusing on Russian interference with last November’s elections.

But as a recent secret recording of a CNN producer demonstrated, there is really no evidence that Donald Trump and his campaign colluded with the Russians to get him elected. Yet, CNN continues to run that story because of its good ratings.

Good news! O’Keefe is coming to FreedomFest for the first time this July. His topic: “Circumventing the Mainstream Media: How to Use Guerilla Communications Techniques, the Internet, Social Media and Other Tools.” Don’t miss it!

But it’s not just CNN which engages in fake news. Why have some prime time Fox News programs suddenly fallen silent on several hot issues, such as the disastrous Republican health care bill, tax reform, or the ongoing tragedy in Venezuela, where 32 million citizens live in what once was the wealthiest country in Latin America before it collapsed into a communist dictatorship?

We will ask that very question to Greg Gutfeld, co-host of “The Five” and the irreverent host of “The Greg Gutfeld Show,” who will be speaking at FreedomFest’s opening ceremonies (Wednesday, July 19) on the topic, “The Shake-up in Washington and the Media.” In a role reversal, the newsman Gutfeld will be interviewed by ReasonTV’s Nick Gillespie.

The best defense against fake news may be to expose it publicly for what it is and what it is not.

Last week, we posted the full schedule of 300 speakers, panels, debates and the film festival at www.freedomfest.com/agenda. Just scroll down and check it out! You’ll be amazed. Or click on your favorite speakers’ names and find out their schedules so you don’t miss a thing.

Also, we just extended the hotel room block for one more week. It ends this Friday, so now is the time to sign up. Go to www.freedomfest.com/register-now, or call toll-free 1-855-850-3733, ext 202. Then go to “hotel” and make your reservations. Don’t miss out on our big 10th anniversary celebration, Steve Forbes 70th birthday party at our gala Saturday night banquet, and the historic photograph of the top libertarians, including John Stossel, Kennedy and Steve Moore, followed by our keynote speaker, William Shatner. (The private reception with Mr. Shatner is almost sold out — sign up today at www.freedomfest.com/register-now).

previous article
Taking a Third Bite of This Tech Giant

This week’s Alpha Algorithm has selected yet another familiar tech name: Apple, Inc (AAPL). Recall that you sold out of Apple on June 9 at $149.00 for a 25.33% gain. Although the stock has been stuck in a narrow trading range of around $145, Apple has crept back up to become the #1 stock among the Alpha Algorithm strategies. Apple, Inc. (AAPL), of Cupertino, California, designs, manufactures and markets mobile communication and media device