A Fund that Grows with the Economy 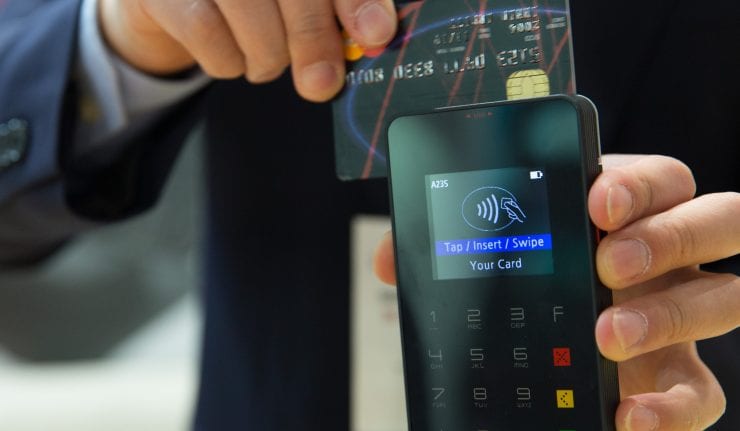 The Financial Select Sector SPDR Fund (XLF) seeks to provide its investors with opportunities to take tactical and targeted positions rather than pursue broad-market investing.

XLF has holdings in a diverse array of financial companies, ranging from banks such as JPMorgan Chase & Co. (JPM) and Wells Fargo & Company (WFC), to insurers like Berkshire Hathaway Inc. Class B (BRK.B). Financial companies play a large role in the proper functioning of the global economy, so they are important to have in a successful long-term portfolio.

Due to the campaign promises and early actions of President Donald Trump, it appears that regulations for the financial sector will continue to be reduced. This is good news for XLF and its holdings, since reduced regulations should open up more capital for investment.

Created on December 16, 1998, XLF has grown somewhat slowly to rise roughly 3.76% since its inception. XLF’s holdings were slammed by the 2008 financial crisis and the fund fell. But XLF has been on the ascent since early 2009. The fund specifically has grown by almost 7% year to date and by more than 35% in the past year alone, as the following chart shows. In addition, XLF is expected to grow roughly 11% in the next several years. 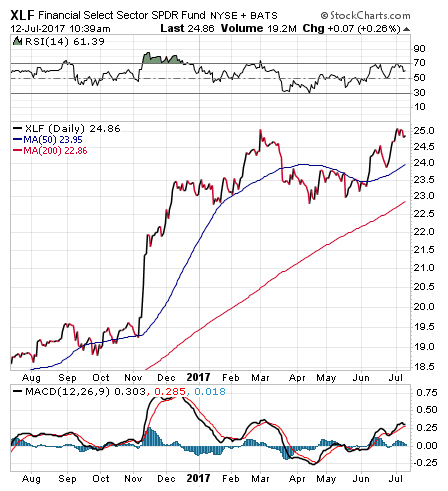 The fund currently holds 68 positions and is approximately 45% in banks, 20% in capital markets, 19% in insurance, 11% in diversified financial services and 5% in consumer finance.

If you want a stable investment in the financial sector with potential for long-term growth, then the Financial Select Sector SPDR Fund (XLF) may be a good choice.

I. Conservative Recommendation The Boeing Company (BA) Boeing, a holding in the Alpha Algorithm portfolio, is set to announce its second-quarter earnings for 2017 on July 26. This past week, analysts from Baird reiterated an "outperform" rating on Boeing's stock, raising its price target by over 15% to $240. That new price target represents a significant upside of about 19% from current levels. The stock is already up 30