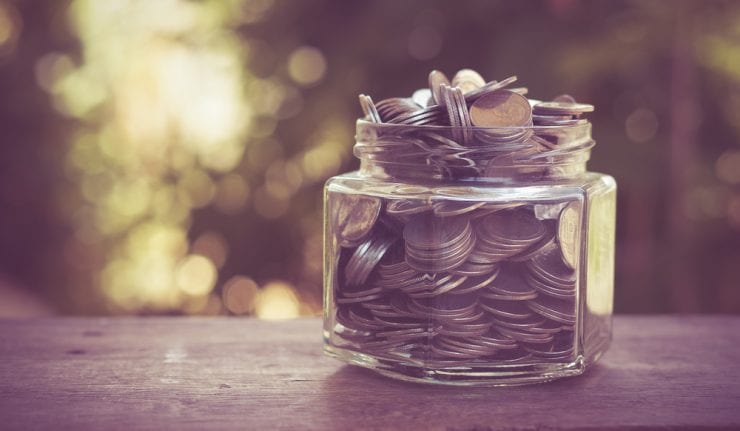 I recently was asked by a subscriber if I could provide him a “short-hand” characterization of what happened in markets during the first half of the year. After thinking about it for a few minutes, I responded with the following: “A low-volatility grind higher based on hope.”

The low volatility part is rather obvious, as the CBOE Volatility Index ($VIX) has stayed in a very tight range throughout most of the first half of the year. In fact, there have only been a few times where we’ve seen the VIX spike this year, and each time it did, it has come back down swiftly.

The measure of volatility or “fear” in the market now is near historic lows. The following chart shows the low volatility. Meanwhile, the Dow Industrials, S&P 500 and NASDAQ Composite now trade at or near all-time highs. Interestingly, those new highs have come on a steady ascent that’s largely followed along with the 50-day moving average. That’s the “grind higher” part. The “hope” part of my short-hand characterization is largely based on the idea that President Trump and the Republican Congress can implement a pro-growth agenda that includes regulatory reform, health care reform, infrastructure spending and, most importantly, corporate tax reform.

Unfortunately, we have yet to get material progress on health care reform, infrastructure or tax reform, and that’s a big concern to me as we enter the second half of 2017.

Yet on both of these fronts, things will come to head very soon. Health care should be resolved, one way or the other, by the time the Senate goes on its August recess. On Tuesday, Senate Majority Leader Mitch McConnell cancelled much of the Senate’s summer holiday by delaying the start of August recess until Aug. 14.

The reason given for the delayed recess is so the Senate can work on the health care bill, and if there is a deal on this front, markets will likely smile. If there is no resolution, then markets also may smile, as a killing of the bill will allow Congress to pivot to what the markets really want… tax reform.

As for taxes, the Trump administration has said it would have a specific tax plan to Congress by the time members return from the August recess on Sept. 5. If there isn’t concrete progress by then, the idea of tax reform being accomplished in early 2018 (which is what the market expects) will become difficult to achieve.

The reality here is that markets still expect corporate tax cuts, and in the first quarter 2018. If Congress and the Trump administration fail to deliver on the hope of tax reform, then investors likely will re-assess owning stocks at current valuations… and that could mean the first big market correction in years.

Of course, if we do get progress on this issue, it will be bullish for stocks. Today’s levels in the broad market may be looked upon nostalgically as a time when stocks were “much lower.”

So, what else am I watching in the second half?

As I told subscribers to my Successful ETF Investing advisory service last week, I will be watching second-quarter earnings season with a microscope beginning this Friday. That’s when we get results from financial bellwethers such as Citigroup (C), JPMorgan Chase & Co. (JPM) and Wells Fargo & Company (WFC).

The following week, the real earnings action begins, as we start to see a flood of high-profile Q2 reports. I think it’s essential that we see strong Q2 earnings growth on the whole, as that will go a long way toward justifying the very high multiples on stocks.

If we do get strong earnings along with material progress on the Trump pro-growth agenda, then we are looking at a banner year in 2017.

If we don’t, well, then it’s a good thing we employ a trend-following investment philosophy that gets us out of the market when the wider trend is bearish.

Are you registered yet for my colleague Mark Skousen’s annual FreedomFest, July 19-22, 2017, at the Paris Resort, Las Vegas? If not, why not? This is the event the Washington Post has called the “greatest libertarian show on earth.”

I’ll be there moderating a debate between two of the most colorful investors in the business, Peter Schiff and Jim Rogers. I’ll also be participating in a panel discussion titled, “Can You Beat the Market?” If you’re at FreedomFest, be sure to come up to me and introduce yourself. I love the face time with readers.

The Financial Select Sector SPDR Fund (XLF) seeks to provide its investors with opportunities to take tactical and targeted positions rather than pursue broad-market investing.

XLF has holdings in a diverse array of financial companies, ranging from banks such as JPMorgan Chase & Co. (JPM) and Wells Fargo & Company (WFC), to insurers like Berkshire Hathaway Inc. Class B (BRK.B). Financial companies play a large role in the proper functioning of the global economy, so they are important to have in a successful long-term portfolio.

Due to the campaign promises and early actions of President Donald Trump, it appears that regulations for the financial sector will continue to be reduced. This is good news for XLF and its holdings, since reduced regulations should open up more capital for investment.

Created on December 16, 1998, XLF has grown somewhat slowly to rise roughly 3.76% since its inception. XLF’s holdings were slammed by the 2008 financial crisis and the fund fell. But XLF has been on the ascent since early 2009. The fund specifically has grown by almost 7% year to date and by more than 35% in the past year alone, as the following chart shows. In addition, XLF is expected to grow roughly 11% in the next several years. The fund currently holds 68 positions and is approximately 45% in banks, 20% in capital markets, 19% in insurance, 11% in diversified financial services and 5% in consumer finance.

If you want a stable investment in the financial sector with potential for long-term growth, then the Financial Select Sector SPDR Fund (XLF) may be a good choice.

Ladies and gentlemen, halftime is over. I hope you enjoyed your Fourth of July respite, because now it’s time to get back on the field and start playing the second half of 2017.

Yet before we jump headlong into the fight and attempt to determine where this market is going for the rest of the year, it’s probably a good idea to look back and see where we’ve been.

That’s certainly the philosophy of one of my favorite Founding Fathers, Patrick Henry, who once famously said, “I know of no way of judging the future but by the past.” I agree with this, both when it comes to life at large… and when it comes to markets.

Exclusive  Invest on the Cutting Edge with This Biotech Fund

With that notion in mind, we need to ask ourselves where the big winners were in the first half, and also where the big losers were. Doing so will allow us to take the pulse of this current market… and that’s the first step to determining where this market is likely headed going forward.

A recent piece at MarketWatch, “The 10 best-performing ETFs so far in 2017 — and the 10 biggest losers,” made my research efforts relatively easy, as the piece provided that first-half ETF scorecard for us.

Per MarketWatch, here are the top 10, non-leveraged ETF gainers through the first half of 2017:

The data here shows that if you bet against volatility, bet on technology, emerging markets, China, Poland and India, you are doing quite well.

Subscribers to my Successful ETF Investing advisory service are currently enjoying gains in technology and emerging market ETFs. And, in the first half of the year, we banked a 39% win in India via the VanEck Vectors India Small-Cap Index ETF (SCIF).

This is the power of the trend-following strategy at the heart of my service, and it’s worked exceedingly well in the first half.

It’s also worked to allow us to avoid the big losers in the first half.

Here’s a list of the ignominious cellar dwellers so far in 2017:

Not surprisingly, a bet in favor of volatility was a big loser. Then there was energy, led by natural gas, which saw its price collapse in the first half.

The Greatest Jefferson Idea Ever

“Question with boldness even the existence of a God; because, if there be one, he must more approve of the homage of reason, than that of blind-folded fear.”

This is one of the greatest thoughts ever, because it gets to the heart of what a human being is, and what the role of reason should be in a human life. You see, it’s only by questioning our assumptions that we can be sure about what we know, and confident about our relationship to the world. No matter what you do, question it with boldness, and never act out of blind-folded fear.

previous article
The Alpha Algorithm Ups Its Bet on Tech

With the tech sell-off in U.S. stocks abating, this week the Alpha Algorithm takes you back into Microsoft Corporation (MSFT), which you stopped out of on June 8 at $71.50 for a 10.12% gain. Microsoft remains the second favorite holding among all of the Alpha Algorithm strategies. Founded in 1975 and based in Redmond, Washington, Microsoft Corporation develops, licenses and supports software products, services and devices worldwide. The company licenses the W

Exclusive  Invest in Global Health Care with This ETF