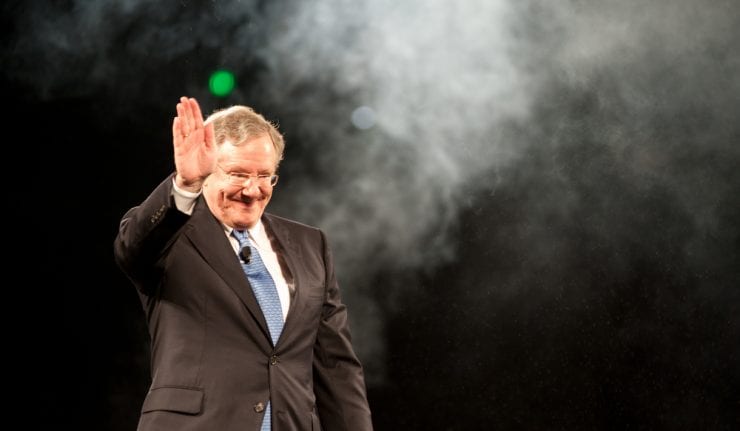 One of the day’s highlights was the entertaining “Pitch Tank” competition, won by Revive Solutions for its presentation on how they’re turning everyday phones… into life savers.

(More on the competition and its winner in a moment…)

First, we heard from Media mogul Steve Forbes, who told attendees about the need to innovate to avoid faltering in business.

He shared a personal story about how his grandfather, B.C. Forbes, turned down tens of millions of dollars to sell the publication in 1927, and that he nearly lost the company three years later in the Great Depression.

Rather than succumb to bankruptcy, Forbes’ grandfather enacted pay cuts and helped lead the company to survive and ultimately culminate this year with its 100th anniversary.

When asked to give a prediction of what Forbes Media might be like 100 years from now, Steve Forbes said he expected it would be following the spirit of B.C. Forbes and still reporting about the “spirit of capitalism.”

Fellow speaker William Baldwin, a former editor at Forbes, also spoke about the 100th anniversary of the magazine by saying, “Forbes outlived the Bolsheviks.”

When the topic of free markets and communism came up, Mark commented that communism remains alive despite its failures. He added that MIT Press recently published a book called Communism for Kids.

Forbes also was among the judges in a “Pitch Tank” competition won by Revive Solutions.

Revive features an AED medical device powered by smart phones. The medical device is more portable, lightweight, affordable and user friendly than any other AEDs currently available, its leaders said.

During a public presentation of the company’s top managers before the “Pitch Tank” judges, Sameer Jafri, its co-founder, president and chief operating officer, unapologetically announced their vision: “Go Big.”

After all, the market is immense, with sudden cardiac arrest the leading cause of death for adults over 40.

The second-place finisher, Vidbox Mexico, was the runner-up for the second straight year.

It intends to become the premier supplier in the DVD movie rental market in Mexico by locking up key locations to replicate the business model of RedBox in the United States.

In other sessions, Eagle Financial’s own Nicholas Vardy, editor of Smart Money Masters and the Global Guru, moderated a panel session called “Asia and the Rise of State Capitalism.”

When Nicholas asked the panel about the situation in North Korea, Jim Rogers spoke up and expressed a remarkably unexpected optimism.

That is, Jim expects the north and south to actually reunite, possibly in the “foreseeable future.”

Who knows? However, Jim has lived in Singapore with his family for more than a decade, and has deep insights into Asia’s economics.

One thing we DO know for sure is this… Stephen Moore’s presentation, “Trump’s Washington: Off-the-Record Insider Revelations,” blew away those in attendance.

I’ll get into the specifics tomorrow, but I can say this… I’ll never view a decision coming out of 1600 Pennsylvania Ave. the same again.

So what’s on tap for tomorrow at FreedomFest?

Senator Mike Lee will be sitting on a panel “defending liberty in the era of Trump.”

“The Lessons of Financial History: What I Would Do Differently” will be paneled by Successful ETF Investing editor Jim Woods, billionaire Donald Smith, and Research & Affiliates Chairman Rob Arnott.

Last, but not least, we get to hear FreedomFest’s keynote address…

Actor, entrepreneur, and philanthropist William Shatner is in the house to deliver it.

Look for tomorrow’s recap and highlights from Day 3 at FreedomFest.

P.S. One of the things we’re learning about at Freedom Fest is how real business gets done in Washington. Fortunately, readers of Mark Skousen’s 1600 Alert service have been able to parlay these D.C. insider insights into a series of big-money wins. Keep reading to learn how Mark’s newest strategy works. 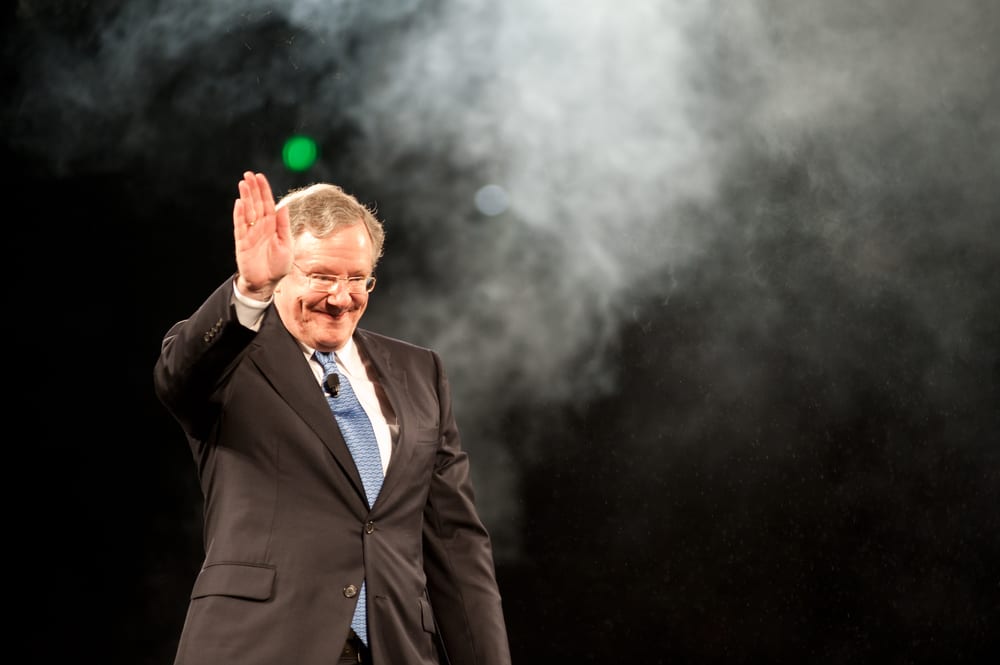 Paul Dykewicz brings you the details on Steve Forbes from this year's FreedomFest. 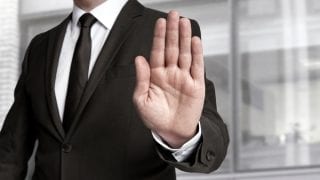