The Big Debate at FreedomFest: Is Success Due to Luck or Skill? 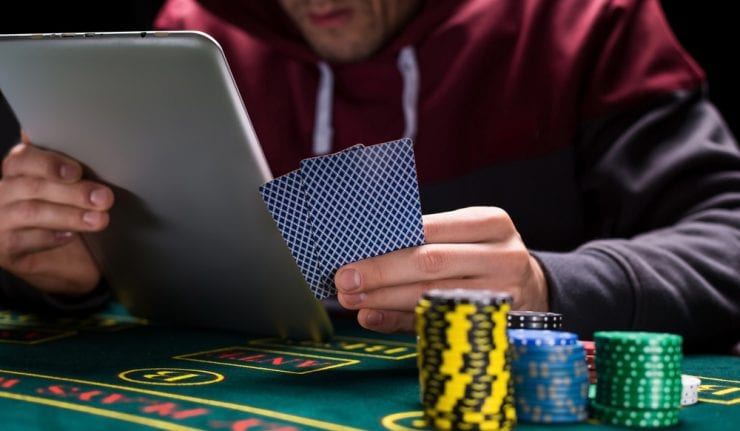 This past week I moderated a panel “Is Success Due to Luck or Skill” at the annual gathering of Libertarians at FreedomFest.

The panel was inspired by professor Robert Frank of Cornell University and his book “Success and Luck: Good Fortune and the Myth of Meritocracy,” which I had picked up last summer while wandering through a bookstore at George Soros’ Central European University in Budapest, Hungary.

Although Frank initially agreed to be part of the panel, he pulled out and was replaced by Skeptic magazine editor Michael Shermer.

The Role of Lady Luck in Our Lives

Frank points out that your view of luck is linked closely to your political beliefs.

If you are Republican (or Libertarian), you probably don’t believe in luck. You attribute your success to your talent and hard work.

If you are a Democrat, you believe in luck and that your success and that of others is more due to good fortune than you think.

The Democrats’ belief in luck was reflected best in President Obama’s famous comment in the 2012 election campaign: “You didn’t build that!”

A poll of our predominantly Libertarian audience at FreedomFest confirmed this deep division. Before the debate, only three out of roughly 150 attendees at the panel discussion I moderated believed that luck played a role in their success.

After the debate, the numbers remained unchanged.

Frank’s book moves quickly from an abstract discussion of luck to the inevitable policy prescription for progressive taxation. After all, what could be more morally justifiable than to tax those who don’t deserve their success?

In my view, “luck” is a philosophical concept whose implications transcend the ephemera of today’s politics.

The Culture of Success in the United States and Elsewhere

Traditional American values are all about the virtues of hard work and rugged individualism. The flip side of Jefferson’s famous phrase “life, liberty, and the pursuit of happiness” is “personal responsibility.”

On our FreedomFest panel, Salem Media radio host Larry Elder’s inspirational speech highlighted his own life path as an example of the results of hard work and the unique opportunities in the United States.

The Oxford Club’s Alex Green concluded with a discussion of Thomas Stanley’s work, The Millionaire Next Door, which also reflected this uniquely American optimism.

As much as I appreciate these American values, the notion that the United States is unique in its focus on the virtues of hard work strikes me as solipsistic.

Americans hardly have a monopoly on hard work and talent.

Asian students are so hardworking that they are discriminated against at top U.S. colleges much like Jewish students were in the 1920s.

Germans are both hardworking and astonishingly efficient. Today, 82 million Germans generate almost the same value of exports in U.S. dollar terms as 323 million Americans do. And they do this working an average of 35 hours a week and taking 24 vacation days a year.

As a friend of mine who runs a private equity firm in Europe likes to say, there is an invisible line that bisects Europe.

In the North, you have the Dutch, Germans, Scandinavians, Poles and even Estonians. These folks are who are hardworking, sober and very Midwestern in their values.

In the South, you have the Portuguese Spaniards, Italians and Greeks. These folks tend to live it up, live for today and rack up debts they are often unable to pay.

Note how the Southern countries (except Ireland) make up the “PIIGS countries” which precipitated the European crisis. Also, note that it was the (Northern) Irish who recovered the soonest.

You can read more about this politically incorrect view on the importance of culture in a book by Larry Elder’s mentor, Thomas Sowell, in Migrations and Cultures.

Domains of Luck: ‘Extremistan’ versus ‘Mediorcristan’

Here’s what neither the Libertarian audience nor Robert Frank get.

Hard work and talent make a big difference in the world of doctors, lawyers and engineers.

But hard work and talent alone fall short in the world of blockbuster movies, best-selling authors, or Wall Street.

In his bestseller, “The Black Swan,” Nassim Nicholas Taleb refers to these two worlds as “Mediocristan” and “Extremistan.”

“Mediocristan” is the world of lawyers and dentists. Learn your craft, and you will make a good living. But there are only so many hours you can bill, and only so many cavities you can fill. You can become “comfortable.” — but you’ll never be “rich” like Bill Gates or Jerry Seinfeld.

“Extremistan” is the world of internet entrepreneurs, hedge fund managers and politics.

In business, an internet entrepreneur like Mark Cuban can make more money selling broadcast.com to Yahoo than a thousand partners at Wall Street law firms make in a lifetime.

In politics, an affable but obscure state lawmaker like Barack Obama earning $60,000 a year, and $32,000 as a lowly instructor at the University of Chicago Law School in 2003, can become President of the United States five years later.

No matter how talented you are and no matter how hard you work, you need a massive dose of luck to become Oprah or Barrack Obama.

As a historian of America’s Gilded Age, Edward T. O’Donnell, pointed out, Horatio Alger was not about rags to riches (Extremistan).

It was about rags to respectability (Mediocristan).

A Model for Luck

On our panel, skeptic Michael Shermer discussed the concept of “luck” and its relationship to “randomness.”

Shermer acknowledged the importance of “randomness” in life and rejected any purported hidden order to the universe. In the end, he prescribed a typically stoic acceptance of life’s random outcomes.

In his book, Frank developed a more formal model on randomness using Monte Carlo simulations that allow you to think about luck rigorously.

Frank ran the model where he assumed that 40% of success is explained by ability, 40% by effort and 20% by mere luck — say, “being at the right place at the right time” at the start of your career.

Frank’s model concluded that even if you accept that 80% of your success is due to talent and hard work, it’s the remaining 20% of luck that determines whether you come out on top.

You see the same divergence of outcomes when you apply a similar Monte Carlo process to your investment portfolio.

Think of the 60% stock position as “hard work” and the 40% bond position as “talent” and the analogy with your life path is clear.

Identical portfolios generated significantly different results, depending on how each asset class performed each year, and in what order those results came.

The returns to the 75th percentile were over twice that of the 25th percentile returns — again, with the same portfolio. “Randomness” or “luck” accounted for 100% of the difference in returns.

Note that 25th and 75th percentiles aren’t even extremes. The difference between the top 1% to the bottom 1% of returns would probably be at least ten-fold.

And this model does not even consider massive “Black Swan” outliers like the success stories of Barrack Obama and Bill Gates.

The weight of the evidence is clear.

Whether you call it “luck” or “randomness,” factors out of your control play a massive role in the outcome of your life path.

Hard work and talent are necessary. But they are not sufficient for the greatest success.

As Ed Seykota, the most successful trader on the planet you’ve never heard of, says:

Some people are born smart.

Some people are born lucky.

Some people are smart enough to be born lucky.

In case you missed it, I encourage you to read my e-letter from last week on whether investors can still profit from the huge cobalt rally over the last year.

P.S. I’ll be speaking at the Asset Strategies International’s Vienna Investment and Diversification Summit held Nov. 27-Dec. 3. The Vienna investment summit offers access to global experts who will share with you advice usually reserved for the world’s financial elite. Space is limited to just 50 people, so act NOW before its too late! Please call 800-638-7640 ext, 113, to make your reservation. For more information, click here.