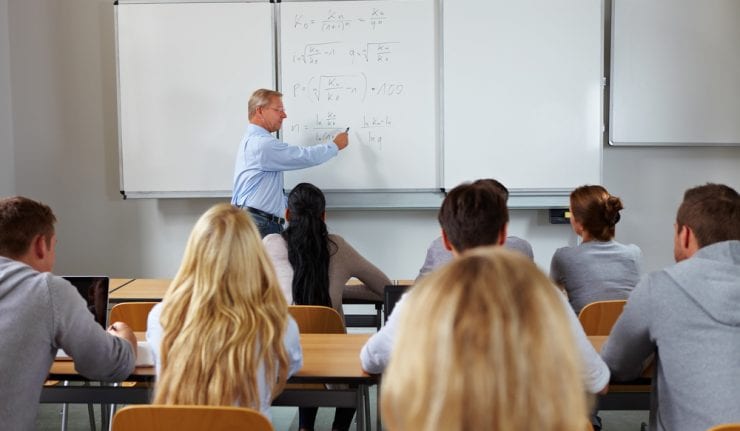 Robert Cialdini is one of the most influential social psychologists in the world.

His book, “Influence: The Psychology of Persuasion,” has sold over 3 million copies since its publication in 1984. I rank it among the top 20 most influential books I’ve ever read.

Unlike most “Ivory Tower” academics who conduct research on college students 18-22 years of age, Cialdini based his work on experiments in the real world.

Today, the results of Cialdini’s research have been incorporated into almost every sales pitch you ever come across.

So what do Cialdini’s insights on Influence have to do with investing?

Well, quite a bit, as it turns out…

Charlie Munger incorporated many psychological insights from Cialdini’s book in a widely cited speech at Harvard back in 1995.

Overcoming your psychological biases is easier said than done.

But understanding that these biases exist is a good first step to improving your investment decision-making.

Cialdini’s Six Weapons of Influence as Applied to Investing

If you perceive an item as scarce, you will suddenly want more of it. That’s the thinking behind offers available for a “limited time only.”

You will see this sense of urgency in the world of investing when an initial public offering (IPO) of stock leads to the offering becoming oversubscribed. For example, say you subscribed to buy 1,000 shares of Snapchat (SNAP) stock in March. In the end, you were allocated only 500 shares.

If you can’t invest as much as you wanted, you feel shortchanged, causing you to overvalue the stock.

That feeling encourages you to buy more once the stock is listed, even if at a higher price. Investment bankers know this. That’s why they intentionally price the IPO so that there will be “support” for the stock after it is listed. That didn’t quite work for Snapchat as its price has headed down ever since.

Understand that your feeling about the stock has nothing to do with the stock’s actual merit as an investment. Instead, it has everything to do the way in which the investment bankers priced the offering.

If you commit to an idea orally or in writing, you are more likely to honor that commitment. That’s because that idea now becomes congruent with your self-image.

People will tend to follow their previous commitment even if the original incentive or motivation has disappeared.

This commitment explains why you will stick with an investment longer if you have told your friends about it. Your public commitment to buying the stock — as well as holding onto the stock even if it goes against you — makes this much more likely.

Analysts at top investment firms suffer from the same bias. Having put their reputations on the line by recommending a stock, they will stick with it longer than they should.

Don’t “marry a stock.” Look at your investment portfolio every day with “fresh eyes.” If there is a position you wouldn’t buy today, you should sell it, even if it is at a loss.

Cialdini’s studies showed that people were more likely to buy if they liked the person selling it to them. That’s why salesmen work to establish rapport and try to be your new best friend.

In his book, Cialdini cites the marketing of Tupperware. If you make a friend at a Tupperware party, you are much more likely to buy the products.

This bias also extends to physical attractiveness. The more attractive you find someone, the more likely you are to buy from him/her.

Be careful of overly friendly sales associates selling you financial products. Unless they are fiduciaries, and therefore must put your investment interests above theirs, they are earning their money by commissions. Don’t part with your hard-earned money just because both you and the salesperson are Chicago Cubs fans.

If someone gives you something, you feel obligated to return the favor.

The most famous example is Hare Krishnas giving you flowers at airports in the 1970s. Simply the act of accepting an unsolicited gift makes you more compliant and more likely to donate. That’s why financial salespeople overwhelm you with mousepads, golf balls and tickets to sporting events.

When I was a fund manager, brokers regularly took us to different high-profile events. It’s how I first went to a Wimbledon tennis match. It’s how I first saw a Cirque du Soleil show. Consciously or unconsciously, I developed an obligation to place my trades through these brokers.

Understand that you will feel that same sense of obligation if your broker takes you golfing. My parents’ financial advisor picks them up at the airport after arriving from a long trip overseas. The chances of my parents taking their money elsewhere are essentially zero.

You always look to see what other people are doing to confirm your decisions.

Investors are always looking at what other investors are doing. Novice investors often invest on the basis of what’s on the cover of a magazine. Most recently, Amazon and the “death of retail” have been in the news and promoted and prompted Mom n’ Pop investors to buy Amazon.com (AMZN) stock.

Novice investors buy companies on the cover of Fortune magazine. Don’t do that.

We tend to obey authority figures, even when their order makes no sense or is objectionable.

Cialdini cites incidents such as the famous experiments by Stanley Milgram in the early 1960s. Most of Milgram’s subjects were persuaded to give electric shocks to confederates because an authority in a white lab coat told them to do so.

Investors will often justify buying a stock by citing Goldman Sachs’ or Citibank’s buy recommendation. Advice from a recognized authority like a large brokerage makes it more credible.

Professional investors are hardly immune from this deference to authority. Buying what big brokerages recommend helps them keep their jobs. That’s why they stick to investing in large household names. After all, “no one ever got fired for buying IBM.”

Don’t buy a stock just because a large, recognizable financial institution recommends it.

What is to be Done?

At first glance, none of Cialdini’s “weapons of influence” have anything to do with investing

Yet, the psychology behind each will impact your investment decisions in more ways than you can imagine.

So how does Cialdini address his own psychological biases given his own insights into influence?

Cialdini is a decades-long investor in Berkshire Hathaway (BRK-B).

That means Cialdini entrusts the management of his portfolio to two investors — Warren Buffett and Charlie Munger — who he knows have read and understood the lessons of his book.

If you want to improve your investment skills, I highly recommend that you internalize the lessons of “Influence: The Psychology of Persuasion” as well.

P.S. In my monthly investment service, Smart Money Masters, I make recommendations based on the latest and best “smart money” picks. The current Smart Money Masters portfolio includes both Warren Buffett’s and hedge fund maven Bill Ackman’s top investment bets. What’s more, another one of my top recommendations is beating Buffett at his own game! You can read more on this fast-rising play here.

In case you missed it, I encourage you to read my e-letter from last week on the role that luck and skill each play in your success.