How My GO Statistic Predicted a Rebound 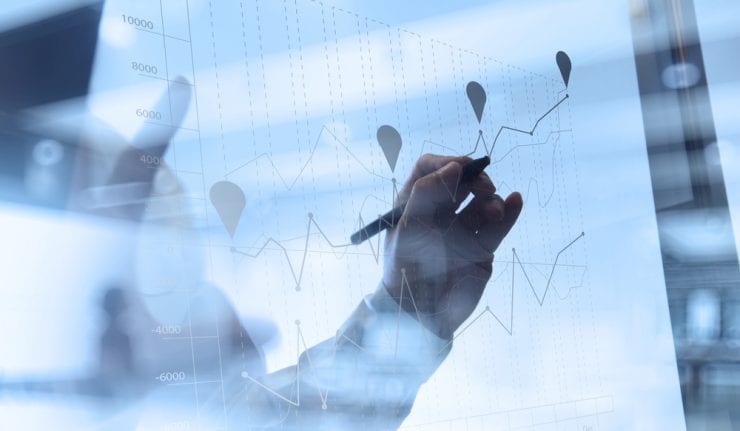 I appeared today on CNBC with Rick Santelli to talk about the economy and the stock market. Watch it here.

One of the reasons I’ve been bullish on the stock market and the economy is because my gross output (GO) statistic, the top line of national income accounting that measures spending at all stages of production, has been picking up speed. In the two most recent quarters reported by the federal government’s Bureau of Economic Analysis (BEA), GO has been growing much faster than gross domestic product (GDP). That’s a good sign of a robust economy.

I wrote about this in my latest press release on GO, entitled “Rapid Growth in First Quarter Shows Economy is Not Slowing Down.” Read it here: http://mskousen.com/2017/07/rapid-growth-in-1st-quarter-go-economy-is-not-slowing-down/.

GDP, on the other hand, was weak, growing at only 1.4% in the first quarter in real terms. GO was growing almost twice as fast (2.5%), and my B2B (business-to-business) Index even faster (3.1%). GDP, as you may recall, measures only the final stage of production — finished goods and services only.  It leaves out all the B2B transactions in the supply chain, which is bigger than GDP itself.

Given that GO is growing at a faster clip than GDP, I was not surprised that the second-quarter GDP, released this week, came out at a faster rate, 2.6%, on an annualized basis.

Note: I see that the mainstream media still is enamored with consumer spending, based on a misreading of GDP data.

For example, MarketWatch reported: “The economy got a big boost from a rebound in consumer spending, the largest source of the nation’s economic growth. Spending rose 2.8% in the second quarter as Americans bought more groceries and clothes and paid more for health care. They spent less on new cars and trucks, however. A smaller lift came from business. Firms increased fixed investment just 2.2% in the spring after an 8.1% gain in the first quarter, when enthusiasm for the new pro-business Trump administration may have triggered a jump in corporate spending.”

The writer bemoaned the fact that government spending has slowed significantly. If only the feds would spend more!

What’s the source of this myth that consumer spending is the big elephant in the economy? The mainstream media still reports that GDP is “the” measure of the economy. But GDP only measures final spending and leaves out the entire supply chain. GO is the proper measure of total spending in the economy, and consumption is only about a third of total economic activity (GO).

For more information, go to http://mskousen.com/2017/07/rapid-growth-in-1st-quarter-go-economy-is-not-slowing-down/.

Until the media recognizes GO as the best measure of total spending and economic activity in the country, this consumer spending myth will continue.

You Nailed It! Delivering Medical Services Cheaper and Better, Despite Obamacare

The #1 most popular session at this year’s FreedomFest was entitled, “Escaping the Political Medical System: How to Gain your Healthcare Freedom Today — No Lines, No Waiting, and Much Less Expense,” hosted by four medical doctors.

For example, while doctors typically charge $1,500 or more for an MRI, the cost is actually only $250 over the life of an MRI machine. The cause is that most medical services in the United States now go through third party payers — insurance companies or the government.

Individual customers don’t pay for medical services directly. When they do, such as eyeglasses or cosmetic surgery, prices are falling dramatically.

Ralph Weber started www.medibid.com, an online medical marketplace where you can bid on medical procedures. Through this service, you can save 30-70% on the price of medical services.

Dr. Judson Anglin, founder of MedRetreat, talked about “medical tourism” — letting people get surgery at much cheaper prices outside of the United States. He gave the example of back surgery done in Asia costing only $25,000, compared to $125,000 in the United States.

Dr. John Hunt, in addition to being a pediatrician and an author, is chief medical officer of Liberty Healthshare, a place where Christians can join together to reduce the costs of medical plans. For more information, go to www.libertydirect.com.

What makes FreedomFest unique is that we offer real solutions to problems rather than relying on our government officials in Washington to solve them. We don’t need to wait for Obamacare to be repealed — there are real-world private market solutions. This is why people come to FreedomFest — they can gain control of their own lives and feel optimistic about life.

We also had a popular session on John Mackey’s book, “The Whole Foods Diet: Discover Your Potential for Health, Beauty, Vitality and Longevity,” with Matthew Lederman and Alona Pulde, both MDs and co-authors of Mackey’s book.

You can get the audio recording of these special sessions on healthy living and all of the other sessions at this year’s FreedomFest by ordering the CDs or MP3 recordings. Each session is only $5 to download, or only $325 for the entire program on a thumb drive (MP3). If you want the CDs, the cost is $495. Call Harold at Ensign Publishing at 1-866-254-2057, or go to www.miracleofamerica.com.

Next year’s www.freedomfest.com is July 11-14, 2018, at Paris Resort, Las Vegas. Mark your calendar now. Just think 7/11 in Vegas! Steve Forbes attends the entire conference: “FreedomFest is the gold standard of all conferences. It’s where the best ideas and strategies are found.”

This week’s Alpha Algorithm recommendation -- Comcast Corporation (CMCSA) --  signals a renewed interest in the cable sector among the top strategies in the U.S. market. Comcast is among the world’s leading communication companies, providing basic cable, digital cable and high-speed internet services. In response to challenges faced by all cable providers, Comcast is in the process of deploying digital video applications and high-speed internet access service to