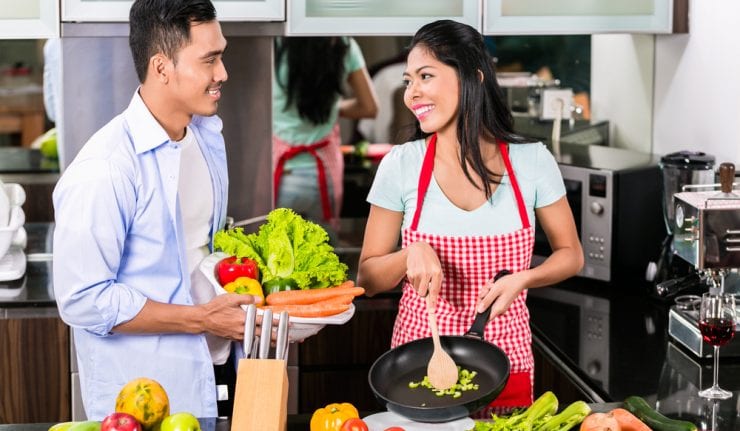 While Amazon may have the size, assets and operational smarts to shoulder aside sector competitors, can a smaller company such as Blue Apron survive and still be a worthwhile investment? Currently, the meal kit delivery sector is incredibly crowded, with around 150 companies offering their own take on do-it-yourself meals.

According to a report from Packaged Facts, meal kit delivery services generated roughly $1.5 billion in sales in 2016 and a multi-billion dollar industry is expected to emerge within a few years. Despite the fact that the industry is growing, its ultimate appeal for investors is uncertain.

Analysts aren’t sure how profitable meal kit companies will be and how much demand they ultimately will generate. Also, many Americans are hesitant to try such services because of their high price point.

Blue Apron has emerged as one of the most popular meal kit providers in operation, but it has had a real struggle financially. Amazon’s entry into the sector is only the latest in a series of financial blows to Blue Apron.

Additional pain has come just in the last month or so. In late June, Blue Apron became the first meal kit delivery company to go public as it completed a $10 per share initial public offering (IPO). However, this IPO failed to impress investors, as the per-share price on the IPO was slashed from the previously planned range of $15-$17 to close the first day of trading right where it started.

Since then, Blue Apron shares have plummeted nearly 40% off of their high of $11, in part because of Amazon’s incursion into the territory and its planned purchase of Whole Foods. While Blue Apron’s share price has stabilized in the last week, APRN still has experienced price swings close to 10%. 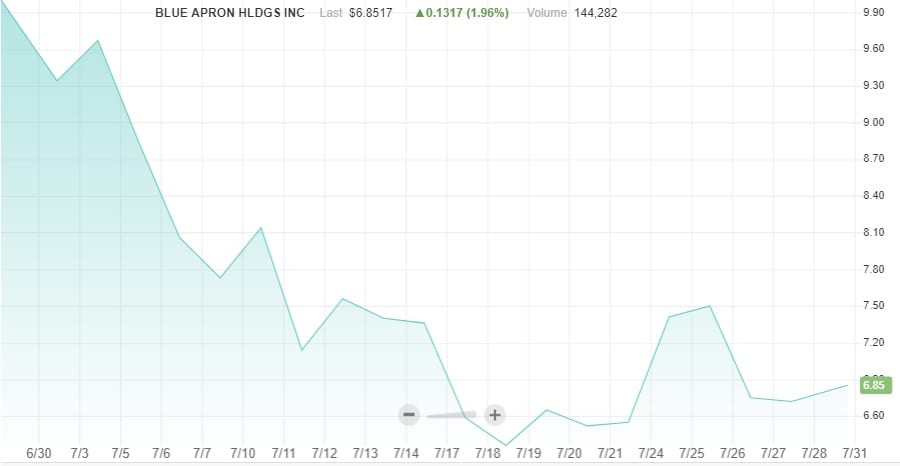 Blue Apron may be an industry leader, but its $1.2 billion in assets pales in comparison to Amazon’s near $500 billion value. When the giant online retailer decided to enter the meal space, there was very little that Blue Apron could do.

Amazon.com has become a master of making successful new ventures and attracting new investors. Financially, the company’s share price has more than tripled in the last 2 ½ years (shown below). Net sales for Blue Apron in 1Q 2017 increased 23% to $15.7 billion, compared with a year earlier. Amazon actually just surpassed Walmart as the retail industry leader by market capitalization ($250 billion). 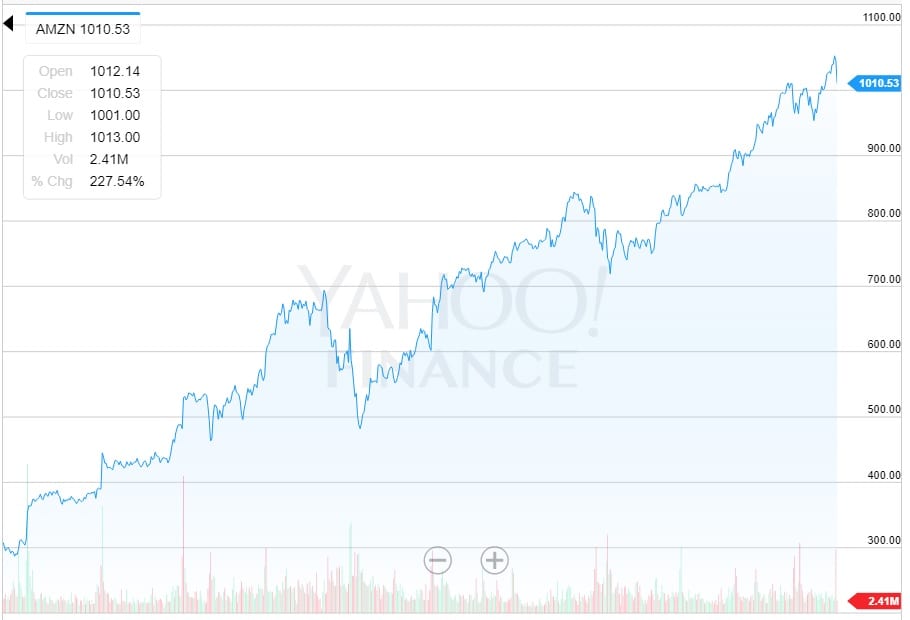 If one compares Amazon’s takeover of Whole Foods Market (Nasdaq: WFM) to its entry into meal kit delivery, there are some remarkable differences. When Amazon bought out Whole Foods for $13 billion, the move was not calculated to remove a major player in the food industry, but rather to put more cards in Amazon’s deck and to provide a substantial stream of new income. Many analysts have argued that both companies will benefit from this merger.

On the other hand, the move against companies like Blue Apron was a lot more aggressive. Amazon plunged into an already crowded sector with its meal kits ready to go, clearly intent on using its size to shoulder aside competition and flourish. Should meal kits prove to be a financial bust, companies like Blue Apron could go under, but Amazon likely will survive because it has so many other streams of revenue, and has become so good at initiating successful new ventures.

At a quick glance, there isn’t much of a case to be made for investing in Blue Apron right now. The company has almost no history to run a technical analysis on. Its share price also is down almost 40% in its first month of public trading. However, there are two points that could make APRN a potential investment choice for those who aren’t risk averse.

First, APRN has not been completely abandoned by analysts. Citigroup just initiated coverage on Blue Apron with a “Buy” and “high-risk” rating, as well as a $10 price target. Citigroup technology analyst Mark May predicted that the current crowded condition of the meal kit sector, along with Amazon’s presence, may well drive a lot of competing meal kit companies out of business. A few years from now, he predicts that only one or two strong companies will be left. As a sector favorite, APRN is currently in a good position should May’s prediction prove accurate.

Second, as APRN’s stock is still struggling to find a normal trading range, its options currently carry a high premium. Investors stand to make a nice profit if they can correctly predict where APRN’s price will ultimately settle and buy/sell the appropriate options.

The bottom line? Cautious investors should stick with market-darlings such as Amazon, but those with some risk-tolerance may find investing in Blue Apron to be an intriguing proposition.

Tim Johnston writes for StockInvestor.com, among other Eagle Financial Publications’ websites. His work also has appeared on media outlets such as CNS News and MRCTV.

Tim graduated from Christendom College in 2014 with a B.A. in Political Science and Economics and a minor in History. When not discussing politics or analyzing financial markets, Tim enjoys studying and practicing Historical European Martial Arts.

previous article
How My GO Statistic Predicted a Rebound
next article
Ara Parseghian’s Risk-Taking Payoffs Offer Lessons for Investors
share on:
Exclusive  My Five Favorite Quotes to Live By