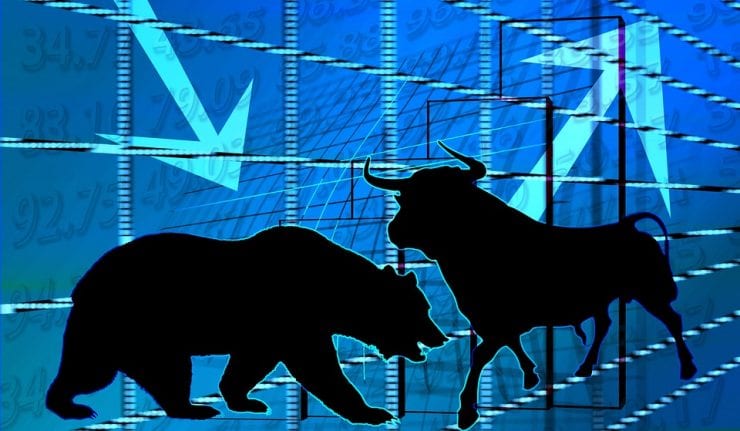 German philosopher Friedrich Nietzsche famously wrote, “That which does not kill us, makes us stronger.” I’ve always lived by those words, and I think it’s important for us to always be pushing our boundaries. This is true physically, mentally and even emotionally.

I think this is especially true during times when personal reflection just comes more naturally than at other times, as in important anniversary dates… and especially birthdays.

Just yesterday, I turned the page on another year on this beautiful planet. So, I got to thinking deeply about ways I could push the limits a bit more in a variety of ways.

For you, the Weekly ETF Report reader, that means I plan to push the boundaries by adding even more personal, even more in-depth and even more interesting content to this publication.

Hey, it’s my view that no matter how good things currently are, I always can try to make them better. And, that’s my promise to you going forward. I not only value your time, I value your trust. Anything that can help foster that trust and make our bond stronger, that’s what I will do.

This week, I have a special content feature for you from my friend and uber-smart market analyst Tom Essaye of the Sevens Report.

This feature is all about something you may have heard of late, or that you likely will hear about soon. It is called the Phillips curve. It specifically is a thesis that factors in Federal Reserve policy decisions heavily.

Unfortunately, the Phillips curve thesis may be breaking down.

Here is how Tom explains it:

The Phillips curve is a term you’re likely seeing and hearing more recently than at any time previously in your career (regardless of how long it is). The reason the Phillips curve is being discussed so much is simple: There is a growing school of thought that thinks the Phillips curve is broken. If that’s the case, then the Fed and other central banks may be largely powerless to spur inflation (which is a potential negative for the broad markets).

From a common-sense standpoint, it is logical. Less available workers and robust business activity (so low supply and high demand for workers) will cause salaries (the “price” of a worker) to rise, and that in turn will flow through to the entire economy.

So, the Phillips curve says low unemployment will spur inflation. And, this idea has been the cornerstone of Fed policy for decades.

But, there’s a small problem: It doesn’t appear to be working in today’s economy, as historically low unemployment is failing to spur inflation.

Now, this may seem like a theoretical, academic conversation, but it has real, near-term market consequences. For instance, the entire mid-July rally in stocks came because the Fed began to note low inflation more than low unemployment. That caused the decline in Treasury yields and exacerbated the drop in the dollar.

However, that may have changed with Friday’s jobs report. The unemployment rate hit 4.3%, a fresh low for this expansion and a multi-year low. So, while there is a debate about the Phillips curve still being accurate, the bottom line is that the Fed still follows it. At some point, if unemployment continues to drop, the Fed will have to continue with its rate increases.

So, the 4.3% unemployment rate was the reason the jobs report didn’t spur a rally in stocks. And, going forward, whether unemployment continues to decline will have an important impact on returns, regardless of inflation.

If unemployment grinds towards 4% or below, the Fed will have to get hawkish or either 1) Abandon decades of monetary policy that has largely worked, or 2) Risk a significant rise in inflation down the road (according to the Phillips curve) that would require a sharp, painful increase in interest rates — a move that almost certainly would put the U.S. economy into recession.

The next data point in this saga comes Friday via CPI. At some point, low unemployment will cause inflation, and if inflation shows more signs of stabilizing (like it did in the jobs report), expect bank stocks to potentially break out.

Thank you, Tom, for that outstanding analysis. I know I will be watching the Phillips curve much closer from here on.

“Only if you have been in the deepest valley can you ever know how magnificent it is to be on the highest mountain.”

Forty-three years ago today, President Nixon said these words in his farewell resignation address. The words are indeed profound, and they probably were among the most profound the disgraced chief executive ever uttered in public. If you remember that day, as I do (though I was just a child), you remember a time when the world was in flux, and stocks were rocky. Today, the world also is in flux, yet stocks are riding high. Yet it behooves us to always remember that circumstances can change in an instant, both at the highest levels of political office and the highest levels of the equity markets.