Does Solar Energy have a Bright Future? 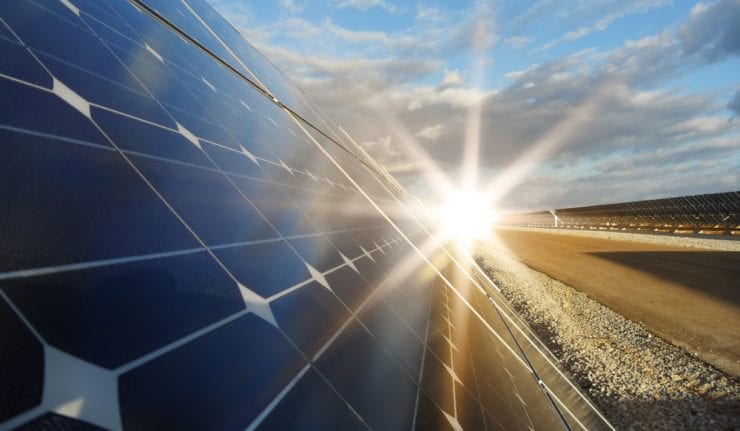 There has been a growing trend in recent years to move away from traditional energy sources, such as coal and petroleum, and toward new “clean” sources, including solar power.

The use of solar energy has been growing fast but the stocks of many such companies have lagged for more than a year and some do not seem ready to take off the way investors might like. Solar energy is attractive because it involves harnessing the light and heat of the sun as an environmentally friendly power source.

Unfortunately, there are clear limitations to solar energy, namely that one cannot generate it at night or in inclement weather due to the lack of sunlight. Due to these limitations, the efficiency and speed with which solar energy is generated take heightened importance.

There is potential for widened variation in the quality of solar energy products offered by companies in that sector, compared to traditional energy organizations. Therefore, a quality product is critical to the success of a solar energy company.

In the past, federal tax credits and other incentives allowed many lesser quality solar companies to be successful. As these tax credits have mostly expired, only companies that continue to innovate and improve their products are likely to succeed.

The expiration of these tax credits, along with China relying more on their solar energy industry rather than American companies, have led to the ongoing slump in solar stocks.

However, there is hope for the future of solar industry. In 2016, almost 40% of new U.S. energy-generating capacity came from solar suppliers. There are over 250,000 workers in the solar industry, increasing by more than 50,000 in 2016 alone — nearly tripling the number of employees since 2010. More people now are employed in the solar industry than in either natural gas or coal energy production.

If you want to add solar stocks to your portfolio, there are several worth considering.

First Solar, Inc. (NYSE: FSLR) is showing good progress so far this year. It had second-quarter revenue of $623 million, which is much better than analysts’ estimates of $556 million. The stock began the year at around $33 a share, but it is almost up to $50 a share. This is much lower than its all-time high of $292 a share, but is well on its way to hitting its 12-month price target of $52.

First Solar spent the last year upgrading its manufacturing equipment to focus on its Series 6 solar module. This expense contributed greatly to its loss in 2016, but the move should further establish it as one of the premier solar companies and position it well in the years ahead.

NextEra Energy Inc. (NYSE: NEE) is a more diverse company than pure-play solar stocks, since it also provides wind and nuclear energy. NEE is the largest owner and operator of wind turbines in the United States with 16% of the nation’s totals. Additionally, the company owns 11% of the U.S. production capacity for non-private solar power and owns eight nuclear reactors.

The company’s share price has, for the most part, steadily increased throughout its history. In the past five years, the stock has more than doubled, from roughly $70 a share to its current value of almost $150 a share. NEE does not show any signs of slowing down, especially with its commitment to growing and improving the solar side of its business.

SunPower Corporation (NYSE: SPWR) lost more than a third of its total value over the past year. While this may alarm some investors, SPWR is majority owned by Total S.A. (NYSE:TOT), a large petroleum company, which should prevent bankruptcy from occurring. Similarly to First Solar, SunPower is pumping cash into developing new technology to boost the efficiency of its solar panels.

SPWR is already only 10% away from its 12-month price target with a current price of around $9.50 a share. It beat analysts’ expectations last quarter with a revenue of $342 million, but it still has a long way before it fully recovers from its struggles in 2016.

Alternative energy usage looks to only grow in the future. While solar stocks have struggled in recent years, their future could brighten significantly.

previous article
The Alpha Algorithm Goes Back Into Biotech

This week’s Alpha Algorithm recommendation returns you to a sector that has been out of favor over the past 12 months with biotech giant Gilead Sciences Inc. (GILD). Founded in 1987 and headquartered in Foster City, California, Gilead Sciences, Inc. is an independent biotech company that has a broad-based focus on developing and marketing drugs to treat patients with infectious diseases, including viral infections, fungal infections and bacterial infections. The comp