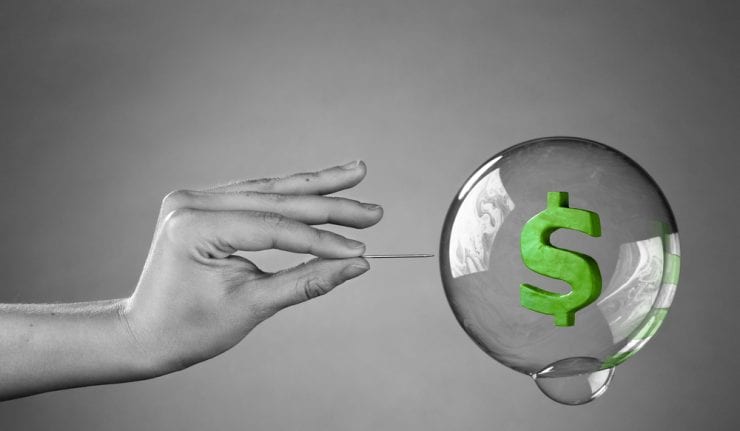 “The golden age of investing is over.” — Robert Shiller, Yale University

Is the stock market overvalued? Many pundits, including Robert Shiller and Mark Hulbert, think so, based on traditional measures such as the price-earnings (P/E) ratio, dividend yield, price/book, price/sales, CAPE and the q-ratio.

CAPE is Yale Professor Robert Shiller’s favorite index that measures the price-earnings ratio of the U.S. stock market over a 10-year period. It shows stocks almost as expensive as the late 1990s and 2007. In both cases, stocks collapsed.

The q-ratio compares the market capitalization of stocks (such as the S&P 500) with corporate earnings. The interpretation is not unlike the CAPE Index — stocks are expensive.

Yet, as Professor Gary Smith points out, Shiller and other Wall Street bears fail to take into account historically low interest rates. See the chart below that compares earnings for stocks and long-term interest rates. When you do look at this chart, you easily can conclude that stock prices are not overvalued, and could move higher. 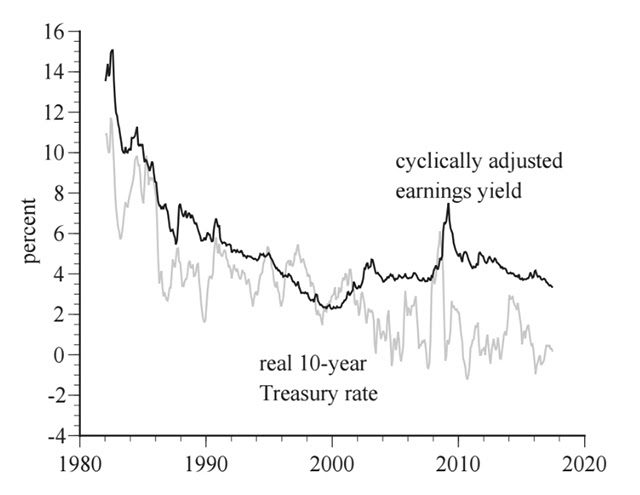 That’s why I remain 100% fully invested. Of course, there are bound to be corrections along the way. In case I’m wrong, I do recommend using stop orders around 20% below the current prices.

Dallas MoneyShow, Oct. 5-6: I’m delighted to be back in Dallas to moderate a main stage panel, “Washington Policy: How It Affects Your Portfolio,” with Steve Forbes, Steve Moore, Peter Schiff and Edward Yardeni. I’ll also be doing an encore of the “great debate” with Mike Turner on “The Economics Professor vs. the Mathematician: Buy-and-Hold vs. Market Timing.” Finally, I’m on a panel to pick the next big winners with Bart DiLiddo, John Dobosz, Cody Willard, and Kelley Wright. To sign up for your complimentary tickets, go to Skousen.DallasMoneyShow.com.

In case you missed it, I encourage you to read my e-letter from last week for more details on why I’m still 100% invested in the markets.

This Senator is no Flake

“The conservative movement is lost… But you must never give up on America.” — Sen. Jeff Flake (R-Arizona)

I’ve never met Sen. Jeff Flake from Arizona, but we have much in common. He’s a committed Christian who is on a mission to make a contribution to the world. He was president of the Goldwater Institute in the 1990s, and then became a congressman and now is a senator.

As a teenager, I was a conservative Republican who supported Barry Goldwater for President in 1964. I met Goldwater only once at a meeting in Phoenix back in the late 1980s but will never forget his infectious smile and enthusiasm, as if it were a reunion of lifelong friends. Later in life, he became more libertarian on social issues.

Now Sen. Flake has written an important sequel to Goldwater’s classic political track, “The Conscience of a Conservative.” You can buy a copy here at Amazon. Sen. Flake’s book is largely a rejection of President Donald Trump‘s populist message, although the lawmaker does not mention Trump by name. However, Sen. Flake’s attacks are relentless. He castigates Trump for being anti-trade, anti-immigration and ignoring an inevitable entitlement crisis. The Arizonan also criticizes positions that vilify religious and ethnic minorities, undermine fair democratic elections, use conspiracy theories and other faulty logic that is part of an extensive list on pages 56-58.

Most of the book is about his efforts to impose fiscal discipline on a wayward Congress. He talks a lot about his efforts to turn back big government and waste. He says he spearheaded efforts to repeal earmarks, particularly special interest pork barrel projects sought by legislators for projects such as bridges to nowhere. Most of Sen. Flake’s votes were in vain. One included his opposition to President George W. Bush’s Medicare Part D prescription drug benefit bill.

But unlike Mitt Romney, a fellow Mormon, Sen. Flake does have regrets — he wished he had voted for the Troubled Asset Relief Program (TARP) in October, 2008, instead of playing politics. Sen. Flake called it “an abdication of my responsibility” in a moment of national and global crisis.

His chapter on hiring and protecting Mexican migrant workers (many illegal immigrants) was refreshingly honest. He worked as a foreman on his father’s F-Bar Ranch in Snowflake, Arizona. He demonstrates how the North American Free Trade Agreement (NAFTA) and other free trade agreements are so vital to our nation’s interests.

“In the complex supply chain between the United States and Mexico, some of the auto parts that we manufacture jointly with Mexico cross the U.S.-Mexico border eight times during the manufacturing process,” Sen. Flake said. “Eight times. And 40 percent of all Mexican ‘exports’ are made up of American content. 40 percent.” (p. 87)

So, a border tax on Mexico would be devastating to U.S. interests. (Congress thankfully has decided against the Trump border tax.)

I recommend both the first and second versions (by Flake) of “The Conscience of a Conservative.” 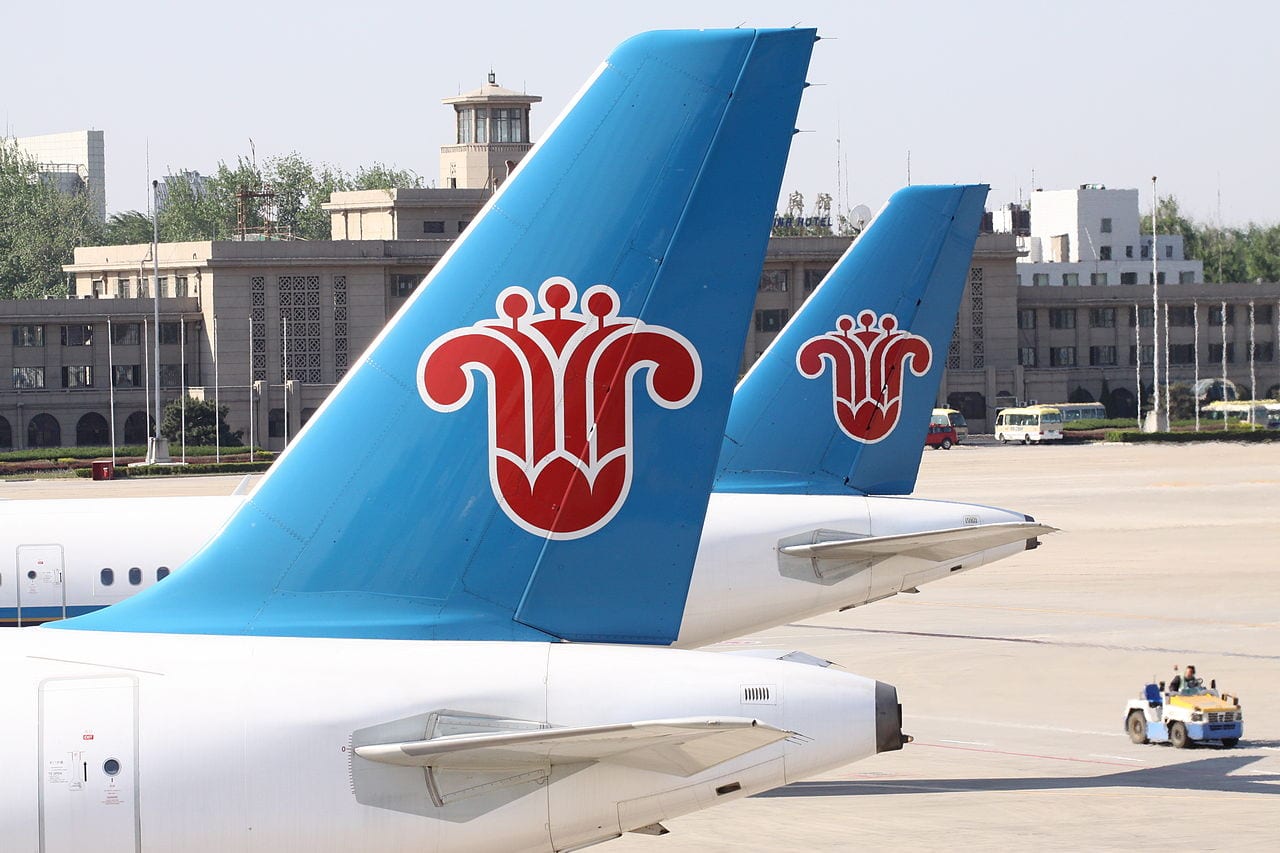