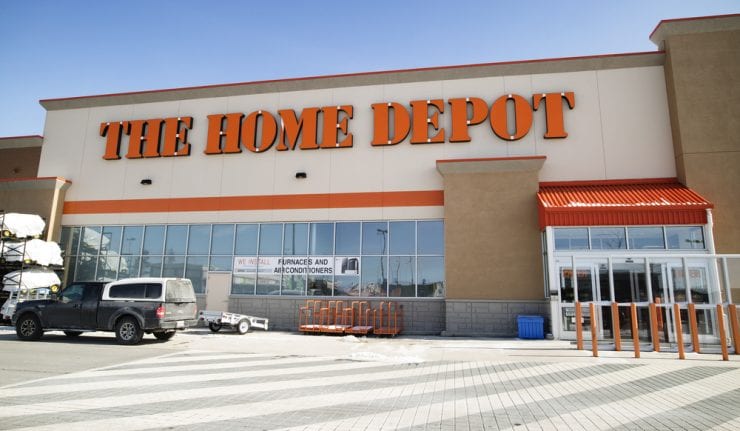 Home Depot (NYSE:HD) should produce stronger-than-projected sales in the wake of Hurricane Harvey, especially after the company’s management reported in a recent earnings call that its financial performance in the first half of 2017 had topped expectations.

While the hearts and prayers of people far and wide go out to all of those affected by the storm, it is likely that this catastrophic weather will boost the financial performance of both Home Depot and Lowe’s (NYSE:LOW) in the second half of this year as affected residences and businesses are repaired in the weeks and months ahead. Even though Lowe’s shares fell nearly 3.1% to an intraday low of $70.76 on Aug. 23 after the company posted weaker-than-forecasted second-quarter fiscal 2017 results, it rebounded to top $74.50 on Aug. 31 after the storm.

Ironically, the management of Lowe’s (NYSE:LOW) said during its recent earnings call that the first half of the year was not as good as expected. That report caused Lowe’s management to reduce the number of stores it planned to open during the year from 35 to 25 and cut its own full year financial guidance.

Despite what both Home Depot and Lowe’s management teams thought just a few weeks ago, their full year predictions and forecasts now will need to be adjusted to factor in the effects of Hurricane Harvey. For example, as early as Sunday, Aug. 27, both brands had locations in Houston open and selling large volumes of small ticket items such as bottled water, tarps and straps, as well as larger ticket items such as fans, blowers, air conditioning units and, of course, generators.

Those sales will be followed by additional spending when the flood waters are gone and the mud is cleaned. However, some parts of Houston received more than 50-inches of rain, which caused massive flooding. Then the reservoirs around the city began to overfill and led to even more flooding. One report from Fannie Mae indicted that 36,000 single-family homes sat in the immediate area affected by the storm.

In the Houston area, only 17% of the homeowners in the eight counties most affected have flood insurance. That means the bulk of homeowners will need financial assistance from the Federal Emergency Management Agency (FEMA) or will be forced to pay money out of their own pockets, if they have the available cash, to fix and rebuild their homes. Since most of those rehabs will not covered by insurance, it’s safe to assume a large portion of the work will be done by individual homeowners, or “Do It Yourselfer’s,” which is a core customer base of Home Depot and Lowe’s.

One Washington Post reporter interviewed a lawyer in Houston on Tuesday and learned she already had started tearing drywall out of her house to help prevent mold. On a large scale, early estimates of the damage to homeowners is expected to approach roughly $30 billion.

If Home Depot and Lowe’s split about half of that business, each company would gain a 2% to 5% revenue increase companywide due to the increased demand for their products and services in Texas. This means that if locations around the rest of the country can continue to add a few percentage points of growth, results over the next few quarters could be much better than management at each company expected at the end of the second quarter.

Home Depot and Lowe’s have a huge opportunity ahead of them and investors who have the foresight to see it and buy shares in the companies strategically may collect some nice gains.

At the time of this writing, Matt Thalman owned shares of Home Depot. Follow him on Twitter at @mthalman5513.

previous article
‘Harvey,’ Heroes and Market Bravery
next article
This Bull Market Can Sure Take a Punch