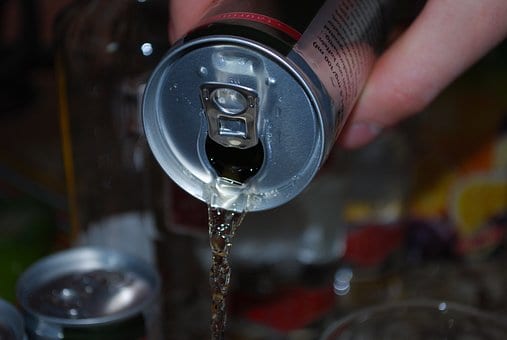 Even though this stock has a strong rating, its trajectory is moving in the wrong direction.

This is not an indication to short Coca-Cola European Partners plc (NYSE: CCE), but merely a recommendation to take profits if you hold the position and wait for a better time to own it again.

Now, granted, CCE is at the very top of its Transition Zone (indicated by the yellow area in the chart below) and could certainly reverse direction, so there are no guarantees here. However, the trend for CCE is to the downside and the risk of owning this stock has gotten high. Consider selling now and looking to put the cash to work in better alternatives.

Look at the chart below for CCE, courtesy of TurnerTrends Tools, and you can see the sell-off in the stock has dropped it into the Neutral Zone and it hit its stop loss. Therefore, it seems high time to sell the stock, regardless of the strength of the historical data. 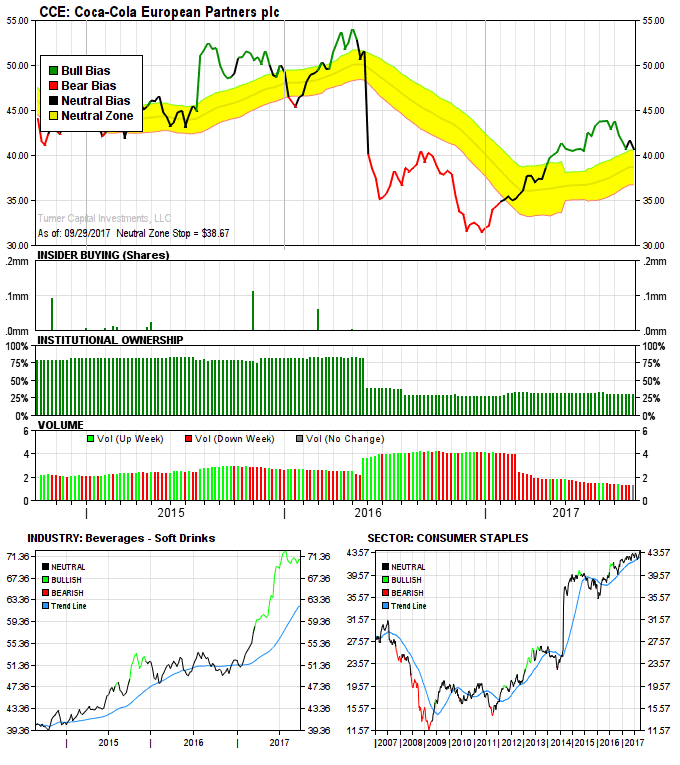 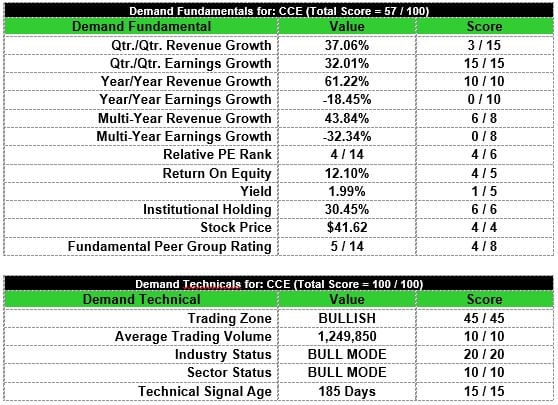 To find the stocks that are better to own right now than CCE, sign up for a risk-free trial to my TurnerTrends Tools. Each week my software ranks more than 6,000 stocks and exchange-traded funds (ETFs) based on 12 fundamental and five technical ratings.

The information found above on CCE can be monitored on more than 6,000 stocks and ETFs. This is the most powerful stock tool you’ll find on the market. Click here to learn more about the Tools.

Mike Turner is editor of both Signal Investor and Quick Hit Trader, and founder of TurnerTrends Tools, his proprietary stock trading system His proprietary market-timing programs provide him and his subscribers with trade-sensitive analysis about when to be in the market and when to be in cash. In his book, 10: The Essential Rules for Beating the Market, Mike describes his rules-based methodology for picking the right stocks at the right time, holding those positions as long as they make money and timing exactly when to sell to maximize net total return.

This week’s Momentum Trader Alert takes you back into the realm of one of the hottest sectors of 2017 in the U.S. stock market: technology. Founded in 1932 and headquartered in Wallingford, Connecticut, Amphenol Corporation (APH) is one of the world's largest designers, manufacturers and marketers of electrical, electronic and fiber optic connectors, interconnect systems and coaxial and flat-ribbon cable. Amphenol recently raised its earlier revenue and earnings guid