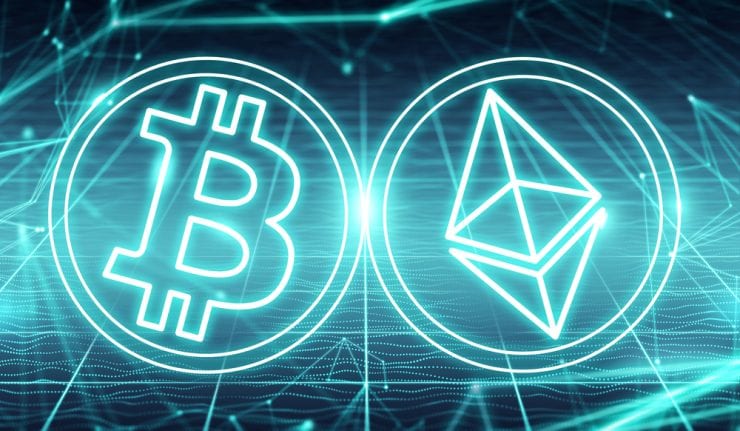 I bet you’ve seen a lot in the financial press lately about “blockchain,” “bitcoin” and “cryptocurrencies.”

If you’re like most investors, chances are you have little idea what these concepts mean. Don’t feel bad.

Even the words themselves are new. The Microsoft Word program on which I am writing this does not even include them in the spellcheck function.

Recently, I decided to educate myself on the blockchain and bitcoin phenomena.

So last week, I attended the Harvard Business School Angels of London event titled: “Understanding the Opportunity of Blockchain & Cryptocurrency.”

It was one heavy-hitting panel.

The group’s moderator was Nicolas Cary, the co-founder and president of Blockchain (www.blockchain.com). Even Cary said it was the most impressive collection of experts on blockchain assembled in one place he had ever seen.

Panelists included the chairman of bitcoin exchange-traded funds (www.xbtprovider.com); the CEO of the leading online platform for transactions in digital currencies (www.coinbase.com); a blockchain-based infrastructure provider for global payments (www.ripple.com); the chief executive officer of a new Swiss cyberbank (www.swissborg.com) and the CEO of a blockchain-focused investment fund.

The panelists represented different aspects of the blockchain space. Yet they all agreed that blockchain technology would change the world even more than the internet did.

Blockchain technology is a technology that has the potential to alter the nature of every transaction in the world. It does so by eliminating the middleman in many business relationships.

Cary asked each of the panelists to describe blockchain as they would explain it to their mother. The seven panelists gave seven different answers.

Let’s go with the one given by the founder of blockchain himself.

Nicolas Cary described blockchain as a live spreadsheet available for all the world to see. This “distributed ledger” includes all the information on the transactions related to whatever you are buying or selling.

In doing so, blockchain offers full transparency. Using unhackable cryptography, blockchain ensures that all records are accurate and unalterable. This transparency and security allow individuals and companies to transact directly with each other in an environment of 100% trust.

One panelist brought up the example of how blockchain could fundamentally change the process of buying a house.

If real estate transactions moved to using blockchain, the buyer and seller could complete the transaction on their own. No middlemen would be needed. Real estate agents, property lawyers and title companies might all go out of business. Using blockchain would also save most of the 8% to 11% round-trip transaction costs of buying and selling real estate.

Chances are, you’ve heard of bitcoin because its price has risen from three cents to as high as $5,000.

But what exactly is bitcoin?

Bitcoin is blockchain’s first killer app — a form of digital cash. Another name for “digital cash” is “cryptocurrency.” There are dozens of other currencies besides bitcoin, and their numbers are growing by the day.

Bitcoin, and other digital cash rivals such as Etherium, are revolutionary for several reasons.

Digital currencies democratize finance. No central authority, such as a government or central bank, issues bitcoin or any of the other cryptocurrencies. You can transfer bitcoin across borders in an instant. Only a limited number of bitcoins ever can be issued. The price of bitcoins is based purely on what people expect it to be worth.

Bitcoin upends all conventional definitions of money while wresting authority from governments and financial institutions.

Needless to say, “legacy finance” is not taking well to bitcoin.

Critics argue that bitcoin is both a fraud and a Ponzi scheme.

Both assertions are incorrect.

Bitcoin is not a fraud. Blockchain keeps track of each user. Blockchain technology ensures that bitcoins cannot be counterfeited.

Nor is bitcoin a Ponzi scheme. Each bitcoin is worth the same as another, whether you were the first owner of bitcoin or the last.

Bitcoin’s only “crime” is the excessive speculation surrounding it.

The Blockchain and Bitcoin Mania

Blockchain technology has given rise to a range of speculative instruments. Bitcoin is only the most prominent among them.

In that way, the current mania is similar to the dotcom bubble in the 1990s. That is typical for new and speculative markets. Any new technology, even if it is successful like railroads, radio or the internet, results in financial bubbles.

Blockchain and bitcoin are no different.

Today, Cary estimated the entire blockchain universe is worth only about $160 billion. That’s equivalent to the market capitalization of Cisco Systems (CSCO).

Cary said that if blockchain were a clock, we would still be in the first 2 or 3 seconds of an hour.

Assuming blockchain and bitcoin go the way of all new successful technologies, they will mint their share of millionaires and billionaires.

The real question is whether those billionaires and millionaires will get to keep the money.

Here are the challenges I see for blockchain, and cryptocurrencies like bitcoin in particular, in the years ahead.

First, the real-life applications of blockchain are still weak. Today’s blockchain reminds me of the internet before web browsers. Remember Compuserve, AOL CDs in the mail in the early 1990s? It was all a bit awkward and unpolished, and no one had any idea how it would all play out. In the meantime, paper fortunes were both made and lost.

Second, there is tremendous uncertainty how “legacy finance” and governments will react, particularly in the area of currencies.

Just consider what has happened in the past few weeks.

The Chinese government has come down hard on cryptocurrencies. The world’s oldest bitcoin exchange, BTCC in China, closed its trading platform over the weekend.

The Office of the Comptroller of the Currency, part of the United States Department of the Treasury, has suggested that bitcoin companies, exchanges and trading platforms should apply to gain regulated bank status within the United States.

Members of the panel preferred to focus on other jurisdictions, including Hong Kong, Singapore, Dubai and Luxembourg, which have embraced cryptocurrencies as the wave of the future. However, it would be naïve to underestimate what other major regulators could do to cryptocurrencies with the stroke of a pen.

How this plays out is anyone’s guess.

As Nicolas Cary, founder of Blockchain, warned the Harvard audience:

“The world is about to get very weird.”

In case you missed it, I encourage you to read my e-letter from last week about strategies to prepare for upcoming bear markets.

P.S. For decades, hedge funds called it Warren Buffett’s “unfair advantage.” Today, it has become the billionaire’s worst nightmare. Learn about the company that has bested Berkshire Hathaway by over 3 to 1 since 2015… and is giving investors the kinds of returns they can retire on — here in my new research report.