Nobel Calling: A Painless Way to Triple Your Retirement Income 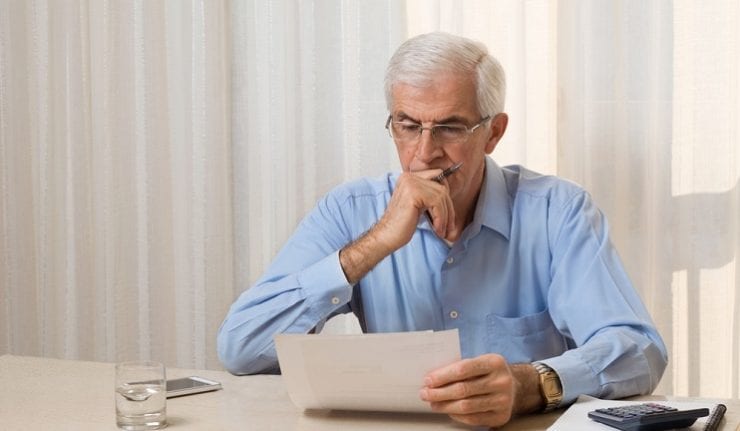 Do you live in fear that you haven’t saved enough for retirement? Join the crowd.

The clear majority of investors have not saved enough for retirement, and live in fear of running out of money before they die, leaving themselves too dependent on Social Security and their heirs for assistance, or significantly downsizing their lifestyle. According to the latest report by Fidelity Investments in Boston, the average combined IRA/401(k) balance is $273,600.

That’s the highest average combined account balance ever. It is not bad, but hardly enough to live on. Experts say you need 80% of your pre-retirement income to maintain your lifestyle. Use the 4% rule on the funds you have in your IRA/401(k) — that will be the amount you will have to live on for the next 30 years. Suppose that number is $500,000. That means you can expect to receive $20,000 a year for the next 30 years to supplement your Social Security payments.

If that’s not enough — and it probably isn’t — you need to save and invest more, much more, before you retire.

Chicago Economist to the Rescue

And that brings me to this year’s Nobel Prize-winning economist Richard Thaler. He teaches and writes books (“Nudge”) and academic articles on what is known as “behavioral economics.” He’s one of the few Nobel laureates who lives up to Alfred Nobel’s aim in giving out the Nobel Prize to individuals who have come up with ways that confer “the greatest benefit to mankind.” In the recent past, the prizes have been given for the most esoteric reasons, even in economics.

But Thaler’s contributions are in applied economics. Essentially, Thaler and other behavioral economists (such as Robert Shiller) argue that investors, consumers and business people don’t always act according to the standard “rational behavior” model in economics. Instead, people often suffer from overconfidence, overreaction, fear, greed, herding instincts and other “animal spirits,” to use a term from John Maynard Keynes.

For example, consumers overspend and under save in today’s inflationary consumer society. Thaler proposed several institutional changes to encourage but not force people to boost their savings.

In the late 1990s, he began an experiment called the “SMART” savings plan with five corporations in the Chicago area. He convinced these companies to adopt his idea to have workers enroll “automatically” in their 401(k) investment plans. Traditionally, most corporations treat 401(k) plans as a voluntary program and, as a result, only half of employees choose to sign up. In Thaler’s plan, employees are automatically invested in their 401(k) plans unless they choose to opt out. It is what he calls “libertarian paternalism.”

The result? Instead of 49% signing up (as they do in a typical corporate investment plan), 86% participate!

How to Triple Your Saving Rate Painlessly

In addition, Thaler also asked workers to automatically invest most of their pay increase in higher contributions to their 401(k) plans. With the pay raise, workers see their take-home pay go up, but so does their 401(k)-investment rate. Consequently, employees under this SMART plan have seen their average personal savings rate increase from 3% to 11%.

Now we’re going to see the same results on a nationwide level. And a higher national saving rate will translate into higher economic growth rates. It’s a win-win situation.

In 2006, the Pension Protection Act was signed into law by President George W. Bush that encouraged workers to spend less and put more of their money into their 401(k) and IRA plans. A small change in the law has had a BIG impact: For the first time, employers will automatically enroll workers in their 401(k) plans, but they can always opt out.

Since then, an estimated 30 million workers have seen their saving and 401(k) plans expand rapidly.

You can triple your savings rate yourself just by arranging an “automatic investment plan” with your employer or your bank. Just have a specified amount of funds withdrawn automatically each month from your paycheck or checking account and have them invested in a brokerage account. And watch your retirement money grow. You also can do this for your children or grandchild to help them save for college.

Notch another triumph for Chicago economists!

Thaler Highlighted in Chapter 1 of my Book

I highlight Thaler’s SMART saving plan in chapter 1 of my book, “EconoPower: How a New Generation of Economists is Transforming the World” (Wiley, 2007) with the title, “Economist Discovers a Painless Way to Triple Your Savings Rate.” 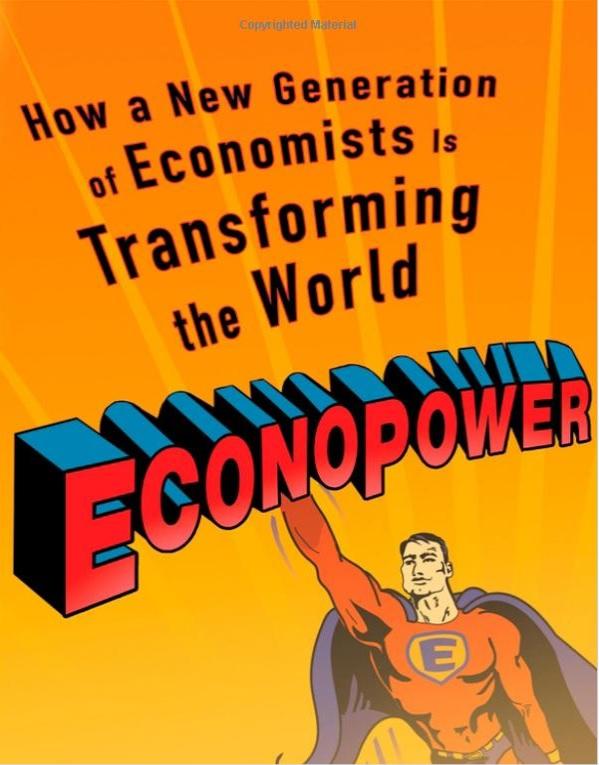 My book highlights Thaler’s ingenious idea and many other ways economists have changed the world for the better. It even has a chapter on my revolutionary GO statistic. It has been translated into several languages — a Korean publisher paid an advance of $100,000 to have it translated into Korean.

If you’d like an autographed copy of “EconoPower,” call Harold at Ensign Publishing toll-free at 1-866-254-2057. The price is $25 for the hardback copy, and we pay the postage. (Add $15 extra to mail to Canada or outside the United States).

While you are at it, feel free to pick up copies of “The Maxims of Wall Street “ — over 60 attendees bought copies at the Dallas Money Show. Kim Githler, president of the MoneyShow, told the audience that it is her favorite financial book. The first copy costs only $20, and all additional copies are $10 each. Lots of people buy multiple copies for their friends, clients, relatives and favorite stockbroker/money manager.

Anyone who orders copies of my books this week and next will be able to receive inscriptions from me with the date October 19, 2017, my 70th birthday. Call today!

In case you missed it, I encourage you to read my e-letter from last week about what GO tells about the economy.

Apple Makes an about Face

I recently sold Apple (AAPL), which surprised my subscribers who had already made 30% on the stock this year.

One subscriber told me he had made $1 million on this recommendation alone. Why not let the good times roll?

At the Dallas MoneyShow, a subscriber asked why I sold Apple and I responded, “We’ve made good money on Apple. Why get greedy?” So, we took our profits.

Apple may well move higher, and that’s fine. We have other technology stocks that potentially can do as well or better.

But there’s another deeper, darker reason why I sold Apple. It has to do with this picture of CEO Tim Cook from when the company released details of the new iPhone X: 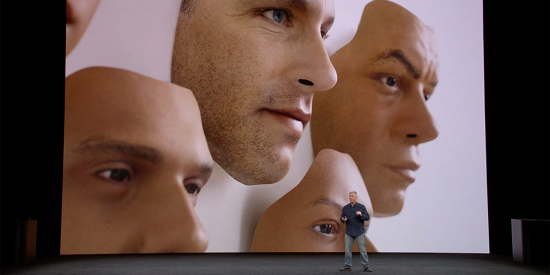 Investors were all abuzz about the new surprise features on the 10th anniversary iPhone. We were surprised alright, but it’s not what I wanted to see: facial recognition software to unlock your phone.

As Matthew Carr wrote in an Investment U column: “It didn’t help that, during the presentation, two tries were needed to unlock a phone using Apple’s Face ID. Not to mention that the Twin Peaks-esque backdrop for the whole thing was a wall of disembodied faces…” He added, “Apple’s Face ID announcement isn’t just creepy… or a colossal letdown… or a massive privacy violation waiting to happen. It’s the future.”

Sadly, other smartphones, such as Android, are exploring the same technology. I consider it a major invasion of privacy. I noticed that facial recognition is already being adopted by cruise ships and immigration when you enter the United States. Global facial recognition technology is growing rapidly for security reasons. But it also can be used to monitor your behavior or your whereabouts.

You would be wise to place tape over your laptop webcams and microphones to protect your privacy. And maybe just avoid buying the latest Apple iPhone X.

1. Conservative Recommendation McDonald’s Corporation (MCD) McDonald’s is a current recommendation in the Alpha Algorithm and is held by seven different strategies. Analysts continue to be bullish on McDonald's heading into earnings season. Stephens’ analysts maintain an Overweight rating on McDonald's stock with a $175 price target. That’s about 7% upside from current levels. McDonald’s is scheduled to report earnings on Oct. 24 Technic