This Aerospace and Defense Fund Gets the Job Done 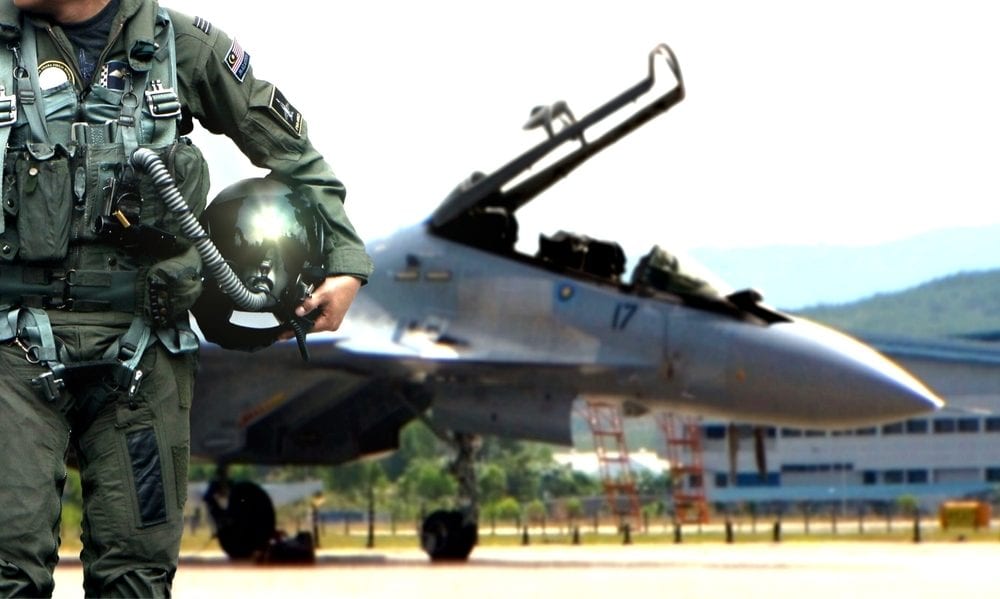 This fund offers a traditional take on a market sector by investing in defense companies. The defense industry makes up about 5% of U.S. gross domestic product (GDP).

The fund allocates to the companies it holds by using a market-cap-weighting strategy. As a result, more than half of PPA’s assets are invested in large-cap securities, with mid-caps making up another 35%.

The companies held in the portfolio range between value and growth, with a greater percentage of the companies characterized as growth investments, but only narrowly so. This fund pays out a dividend yield of slightly more than 1%, while the expense ratio comes in at around 0.6%. Assets managed currently total $775 million.

Over the last 12 months, PPA has had a strong showing, rising 39.63%. Compared with the 19% return of the S&P 500 Index over the same time, PPA’s return is virtually double the amount. This performance is slightly weaker than that of the other defense funds, but is not far behind. As the chart below shows, PPA has seen fairly smooth sailing all year long, as the fund’s share price has come nowhere near its 200-day moving average. 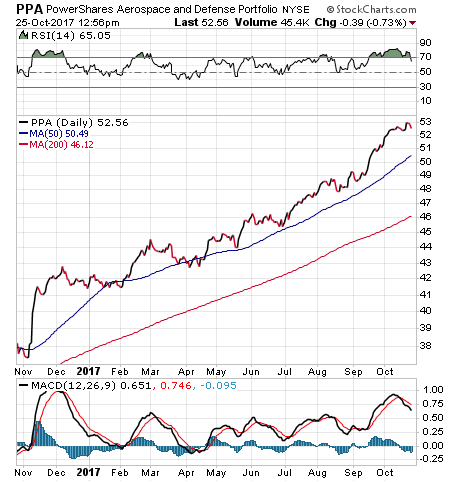 For investors seeking a typical ETF investment strategy in the aerospace and defense sector at a cheaper price than other options, the PowerShares Aerospace & Defense ETF (PPA) makes for a solid and uncontroversial choice.

previous article
Carl Icahn Shines as His Tech Bet Continues to Soar
next article
The Tax Plan Favors the Rich, Because That’s Who Pays