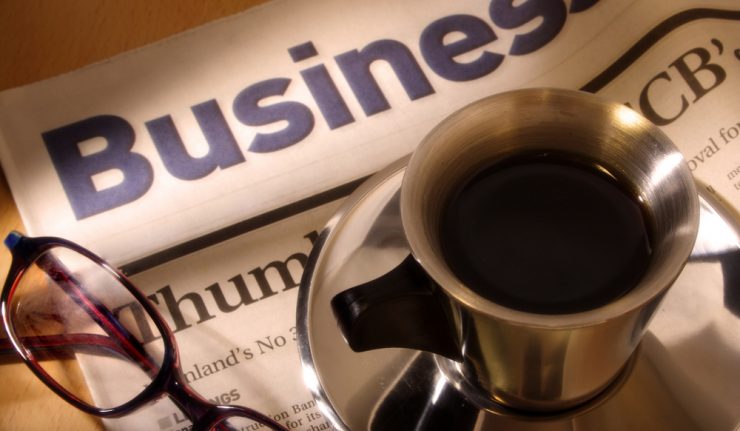 Anyone interested in financial markets loves to get inside the heads of the world’s best investors.

Thus, there is the long-standing popularity of books like Jack Schwager’s “Market Wizards” series, which first was published in 1989. Consisting of interviews chock full of investment advice from the likes of George Soros to Jim Rogers to Paul Tudor Jones, “Market Wizards” offered an insight into the life, minds and thinking of the world’s top traders.

I have had the good fortune to meet and interact with a handful of these top investors over the years. None was more intriguing than a soft-spoken investor who U.S. investors have never heard of.

At the time of his death in 2008, Nils Taube was widely considered the doyen of London fund managers.

I met Taube when he reluctantly accepted an invitation to speak in November 2006 at the London Junto — a meeting of leading investment minds that I founded and ran in London. Taube was so shy that he asked me to stay next to him on the dais while he spoke.

With a 50-year career behind him, the reticent Taube boasted one of the longest financial memories in the world. He also had an investment track record that was likely unmatched in the world of global investing.

Seventy-eight years young when he spoke to our group in 2006, Taube had been running his first fund continuously since 1969 — the same year his friend George Soros launched his investment career.

While Soros retired on several occasions from the daily tribulations of money management, Taube had kept his hands firmly on the reins, and with great success.

Taube’s funds outperformed their benchmarks by an astonishing 5-8% a year after their launch. His European fund had grown in value 200-fold since 1969.

Like George Soros, Taube was a refugee from Eastern Europe.

Born in Estonia during 1928, Taube fled to England in 1946, soon after the Soviets occupied his country. He then embarked upon a long and distinguished career at a leading London brokerage firm. By 1982, Taube had become the principal investment adviser to Lord Rothschild. In 1996, he formed Taube Hodson Stonex Partners, of which he remained chairman until his death.

Global Investing in Times Past

Global investing was a different game when Taube started his career. Although he co-founded the Society of Investment Analysts in 1955, Taube himself readily admits that he never had formal training in investment analysis. In fact, there was no such thing as a “financial analyst” in those days. The “efficient market hypothesis” and “modern portfolio theory” that garnered Harry Markowitz and William Sharpe Nobel Prizes in Economics in later decades were still far in the future.

Instead, financial analysis was about grinding through technical documents and unearthing information on sectors that others had overlooked.

Taube was skeptical of today’s Wall Street research. In Taube’s view, a research note on Coca-Cola by a Morgan Stanley analyst was as much a part of Coke’s marketing strategy as buying billboards in Bangalore, Budapest, or Buenos Aires.

Global investing was also a much smaller and more personal game. Taube recalled how he would swap investment ideas with the young George Soros during their walks in St. James Park in London, and over drinks at London’s Quaglino’s — a restaurant from which Soros had been fired as a busboy when he was a student. Taube was surprised when I told him that Karl Marx had lived in an apartment in the same building while writing “Das Kapital” — exactly 100 years before Soros’ unsuccessful stint there.

Lessons from the Grandmaster

Taube said that he owed much of his success in global investing to his willingness to go against the crowd, to recognize and invest in long-term trends, and to unearth investing opportunities ignored by others.

Taube’s summarized his investment philosophy in the following Golden Rules:

Taube considered this his most important insight. Taube believed that markets were manic depressive, suffering from either extreme depression or euphoria. Having seen countless financial crises come and go, Taube understood that financial markets always come back. It’s precisely when newspaper headlines are screaming gloom and doom that it is the best time to invest. This bit of market wisdom had much in common with another, better-known investor in the United States, Sir John Templeton.

I would add one caveat to Taube’s observation: markets always come back — but only in politically stable countries. Taube’s own home country of Estonia was wiped off the map after the Second World War. The four most popular financial markets at the turn of the 20th century were Russia, Argentina, Austria-Hungary and the United States. Only two of those countries were even around 20 years later, and you made money investing only in the United States.

Taube credited his best ideas in global investing to watching concepts that were successful in the United States and investing in companies that could make the same concept work elsewhere in the world. He cited the example of the U.K.-based retailer Tesco — a chain similar to Wal-Mart. Tesco has become a familiar name not only in its home market, but also in many emerging markets around the world.

So what was Taube’s big idea? Middle classes around the globe will flock to large retailers for the sake of convenience and price — whether they live in Turkey, India or South Africa. Find a company that executes that basic concept well, invest in it and go along for the ride.

As 50-year veteran of the financial markets, Taube had seen financial fads come and go. He treated all “hot ideas” with skepticism. Sure, financial fads could make a few investors a fortune overnight, but as the collapse of the internet bubble showed (2008 was still in the future!), investors lost their fortunes just as quickly as they made them.

So where was Taube putting his money a decade ago? Australian land.

He had just returned from Australia, having purchased several tens of thousands of acres in the “Lucky Country.” Regional droughts had made land extraordinarily cheap in parts of Australia.

Taube’s investment thesis? After the government installed some planned irrigation works, the value of strategically located land would skyrocket. The investment oportunity was vintage. Taube saw it was a terrific value, was below the radar screen and was likely to double or triple in value during the next few years.

What Taube Would be Investing in Today

Nils Taube passed away in March of 2008, sitting in front of a Bloomberg terminal.  He never witnessed the full-blown global financial crisis that ensued later that year.

Today, I bet that Taube would be focusing on the stock markets of his native central and eastern Europe. These markets have all the makings of a classic Nils Taube investment. As I discussed in The Global Guru in May, these markets are cheap, trading at a 70% discount to U.S. stock markets. Nobody cares about them.  Also, they are likely to double or triple over the next five years.

No doubt, Nils Taube would be pleased.

P.S. While I can only guess what Nils Taube would be buying today, there’s no need for guesswork concerning today’s top investors.  Each month, my newsletter, Smart Money Masters, profiles one of today’s top investors and recommends that person’s largest single current investment. Click here to find out more about how you, too, can invest like the world’s best investors.