This Vanguard Fund Emulates the S&P 500 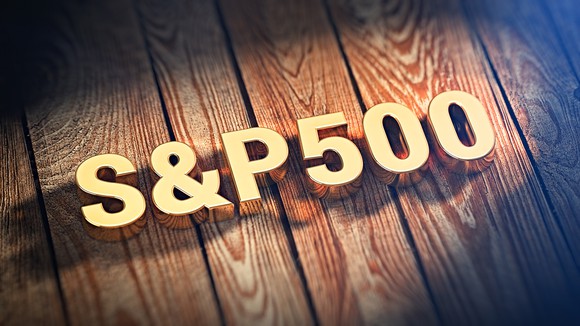 The Vanguard S&P 500 ETF (VOO) is an exchange-traded fund (ETF) that, as its name implies, invests in stocks that compose the S&P 500 Index.

The Standard & Poor’s 500, commonly known as the S&P 500, is one of the most popular American stock market indices. S&P 500 includes 500 of the largest U.S. companies, based on market capitalization.

These are some of the most well-known and most traded companies in the world. As a result, the S&P 500 has been considered by many analysts to be one of the best representatives of the U.S. stock market and even the overall economy.

VOO’s goal is to track this index, which it does with a great degree of precision. Consequently, VOO has enjoyed great popularity among investors who are seeking exposure to large-cap stocks in the U.S. market.

The S&P 500 typically has been tech-heavy, and this fact is reflected in VOO’s portfolio. The fund invests 23% of its assets in the information technology sector, roughly 14.50% in financials and health care, and 12% in consumer discretionary companies. The effect of this skew is that VOO offers high potential for investment growth.

The fund’s managers have stated that VOO is “more appropriate for long-term goals” for investors who want growth in their investments greater than usually can be achieved by holding bonds. However, this also means that the fund comes with its fair share of risk. Vanguard classified VOO as an aggressive fund, and gives it a risk rating of four, with five representing the highest risk.

Exclusive  Consider This Fund to Invest in Gold

VOO is a huge, liquid fund, with assets under management totaling $79.82 billion and a daily trading volume of $370.51 million. Its expense ratio is 0.04%, which 96% lower than the average expense ratio of funds with similar holdings. 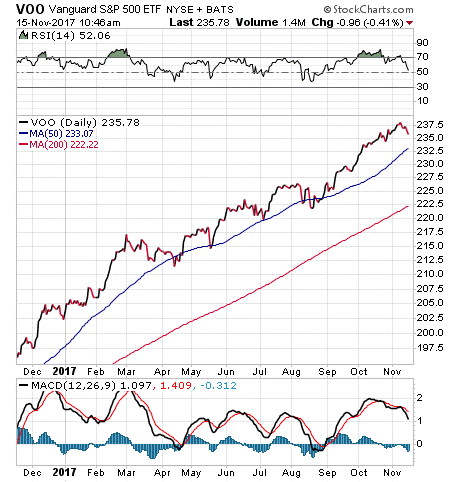 For investors who believe in the strength of the U.S. stock market, I encourage you to look into Vanguard S&P 500 ETF (VOO).

U.S. and global stock markets closed their first negative week across the board in recent memory. The S&P 500 fell 0.36%, while the Dow Jones pulled back 0.48%. The Nasdaq tumbled 0.37%. Bucking the positive seasonality of Q4, the MSCI Emerging Markets Index closed the week down 1.46%. Prem Watsa’s bet on BlackBerry Ltd. (BB) continued its strong recent run, jumping yet another 4.52%. This position is now up 26.03% over the past month. Chase Coleman’s bet on