Why This Value Investor Is Betting on GM and against Tesla 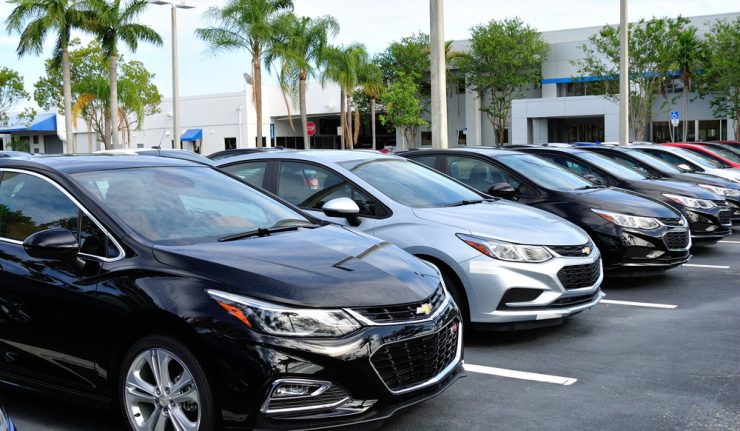 David Einhorn is one of this generation’s best-known value investors.

After launching Greenlight Capital with $900,000 in 1996, Einhorn chalked up an average annual rate of return of almost 30% in the fund’s first decade.

But since 2007, the underperformance of value strategies compared to growth has weighed heavily on Greenlight’s investment returns. In a recent letter to investors, Einhorn lamented the apparent death of value investing. As Einhorn wrote:

“Given the performance of certain stocks, we wonder if the market has adopted an alternative paradigm for calculating equity value.”

Einhorn was, of course, being ironic.

In reality, Einhorn believes that with so many bubble stocks in the market, such as Tesla (TSLA), Netflix (NFLX) and Amazon (AMZN), today is a good time to be a value investor. That’s why Einhorn’s biggest current bet is on American icon General Motors Company (GM), which, according to Securities and Exchange Commission (SEC) filings, accounted for 22.24% of Greenlight Capital’s holdings at the close of Q3.

Einhorn began investing in GM back in Q1 of 2015. Today, Greenlight is one of GM’s most significant shareholders, owning 3.7% of the company’s outstanding shares.

On January 27, 2017, Einhorn wrote about his view of General Motors in his quarterly letter to clients:

“GM’s valuation is extreme: at its year-end price of $34.84 per share, GM trades at less than 6x earnings. It is rare for a company to pay out only a quarter of its profits in dividends and still yield 4.4%. GM has substantial foreign operations that (other than China) barely contribute to profits and could improve over time. Finally, we believe that GM can unlock substantial value through modest changes to its capital structure.”

Soon afterward, Einhorn began an activist campaign to persuade GM’s management to deploy its $20.4 billion cash hoard profitably. And if they were unable to do so, Einhorn argued, GM should return the funds to shareholders.

In the spring of 2017, Einhorn proposed that GM issue a new dual class of common stock: a dividend stock and a capital-appreciation stock. Einhorn calculated that the value of those shares would be between $42 and $60 per share. The dividend stock would also give GM a vehicle to return cash to shareholders, including, of course, Greenlight Capital.

GM’s Board of Directors dismissed Einhorn’s proposal as “a high-risk experiment in financial engineering that is not in the best interests of GM shareholders, would result in a downgrade of GM’s credit rating, and would not increase value for shareholders.”

When Einhorn bets big on a stock, he likes to offset it with a bet against a stock that he expects to fall.

In this case, Einhorn’s long position in GM is balanced by betting against — or going short — Elon Musk’s electrical vehicle company, Tesla (TSLA).

Sadly, both sides of this trade have been frustrating for Einhorn.

Meanwhile, Tesla, which has already burned through most of the cash it raised in the first quarter, is up by more than 51% in 2017. Tesla’s market capitalization even briefly surpassed GM’s in April.

As Einhorn put it:

“The enthusiasm for Tesla and other bubble-basket stocks is reminiscent of the March 2000 dot-com bubble… As was the case then, the bulls rejected conventional valuation methods for a handful of stocks that seemingly could only go up. While we don’t know exactly when the bubble will pop, it eventually will.”

Signs are that Einhorn is becoming frustrated with his bet on GM and against Tesla.

Recent SEC filings confirm that following his unsuccessful activist campaign against GM, Einhorn reduced his position in GM from 30.86% of Greenlight’s holdings at the end of Q2 down to 22.24% by the end of Q3.

Meanwhile, Greenlight is having yet another tough year.

So far, Einhorn is sticking with his massive position in GM and presumably his bet against Tesla.

Still, Greenlight’s positions underscore the pain of being a value investor in today’s stock market.

“The market can remain irrational longer than you can remain solvent.”

In case you missed it, I encourage you to read my e-letter article from last week about why exchange-traded funds are a disruptive innovation in investing.

P.S. General Motors Company (GM) is the most recent recommendation in my monthly investment service, Smart Money Masters. This service is where I recommend the latest and best “smart money” picks just like this one.

The current Smart Money Masters portfolio includes Warren Buffett’s, George Soros’ and hedge fund manager Bill Ackman’s top investment bets. One recommendation follows a strategy that is beating Buffett at his own game. You can read about it here.