Is the January Effect a Valid Concept or Just a Myth? 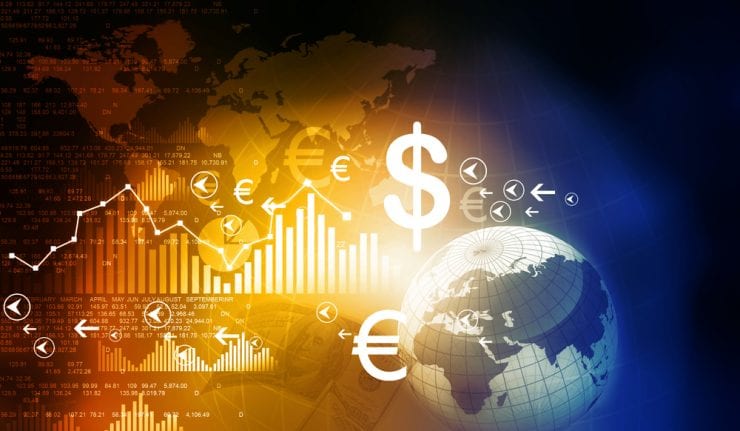 Market momentum that was lagging for a good part of December is back, with relative strength indicators pointing to higher prices for stocks in most sectors. There is nothing more encouraging for students of technical analysis than seeing a broad-based rally versus a market with narrow leadership.

I believe the hot start to the New Year is attributable to a global wake-up call about what the passage of tax reform in the United States will mean to rising corporate profits, as well as the impressive recent buying wave fueled by cash coming off the sidelines. Some market professionals have expressed that the strong market gains are a result of what has been coined the “January Effect,” and several theories have been put forth to explain it.

One explanation of the “January Effect” is that mutual fund managers sometimes will go shopping at the end of December to purchase stocks that have appreciated significantly during the year. The practice, known as “window dressing,” is an attempt at deception.

Any holdings that a fund owns at the year’s end will be listed in the fund’s annual report to shareholders, and it always looks good when a portfolio contains a few extra winners among its published holdings. Demand from these institutional investors can sometimes drive stock prices higher.

Furthermore, as the end of the year approaches, many investors unload shares of underperforming stocks. Some of them may be simply trying to cut their ties to bad investments in order to get a fresh start to the new year. Primarily, though, year-end trading is heavily influenced by tax considerations, and many people will sell their losing positions to realize capital losses that can be used to offset capital gains elsewhere. Once the new year begins, the proceeds from those sales are often redeployed back into the market, thereby sending stock prices higher.

There also is the notion that a boost in stock prices can be attributed to investor psychology. For many people and corporate retirement fund managers, the beginning of January represents a good time to fund retirement accounts and benefit from the greatest amount of time during the calendar year for assets to grow on a tax-deferred basis. It makes sense as positive money flow is the oxygen for higher stock prices.

Quite frankly, the January Effect is a bit of a myth and hasn’t played out on more than one occasion in recent years. My take is that all three of these elements are contributing to the current elevation of stock prices against the investing landscape of synchronized global growth, structurally low interest rates and low risk of core inflation spiking.

So, now that the Dow has crossed 25,000, the S&P has cleared 2,700 and the Nasdaq has topped 7,000, what does that mean for the market on a short-term and intermediate-term basis? Is the market rich and overvalued or does the bull trend have a higher valuation perspective in store? There is no substitute for the Wall Street adage of “the trend is your friend” and this time around is no different.

For investors nervous about a big market pullback, the use of trailing sell stops can take much of the guesswork out of potentially getting hurt badly if the market suddenly turns lower, even for a brief time. It is interesting that the majority of investors do not have in place a sell-stop discipline and thus end up suffering in market corrections.

Let’s look forward six months to see what that time will hold for traders and investors alike. My forecast is for a solid move higher for the S&P 500 to challenge 3,000 by the end of June. Trying to predict beyond a six-month time frame is akin to fortune telling because all manner of market-changing events can occur and visibility is very limited for all practical purposes.

Last week’s move up through 2,700 for the S&P 500 was like a hot knife through butter, led by none other than the financial sector that is banking on higher interest rates for the year ahead. Technology, aerospace/defense, industrials, energy, homebuilding, materials, health care, biotech, consumer discretionary and transportation stocks are all taking part in the strong rally that is being accompanied by swelling trading volume, which is another bullish technical indicator that this rally isn’t hollow.

However, the stock market doesn’t move straight up without bouts of intense short-term selling to relieve technically overbought conditions. Following a torrid week of gains, I would expect the market to pause in front of the fourth-quarter earnings season that comes into full bloom the week of Jan. 15. Not only should the companies that make up the S&P 500 post a solid fourth-quarter 2017, the bigger story will be what forward guidance commentary looks like with tax reform providing a major tailwind for further gains.

Capturing profits from the best-positioned stocks using long-dated call options, or LEAPS (Long-Term Equity Anticipation Securities), is a fantastic method of leveraging expensive stocks like Boeing and Caterpillar to harvest huge profits. We’ve been using these two stocks, and other institutional darlings, all throughout 2017, posting excellent results by using a fraction of the money required to buy these big blue-chip stocks outright. My service utilizing a LEAPS strategy is called Instant Income Trader. Click here to learn about this service and why investors are making a New Year’s resolution to up their game for big portfolio gains in 2018.

In case you missed it, I encourage you to read my column from last week about what investors can reasonably expect in 2018.