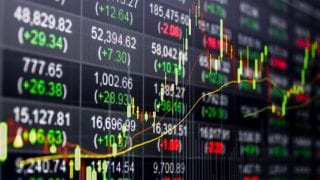 Do Stocks Go Down Anymore?

The Global Guru: “Prediction is Difficult… Especially About the Future”

In ancient times, humans predicted the future with animal entrails. Today, we scan the astrology section of the newspaper.

You do the same when reading the financial media. Yet, for all of our relentless commitment to divine the market’s future by reading this morning’s Wall Street Journal, these predictions are hardly more reliable than those we find in the astrology columns.

Just consider the case of the of London Financial Times columnist Wolfgang Munchau’s  prediction made on November 27, 2011, that “The eurozone has 10 days at most.”  Almost a year later, the Eurozone has been kicked farther down the road than Munchau ever expected. Back in 2009, several high-profile doom and gloomers emphatically predicted $5,000 gold by the end of 2012. Gold would have to triple between now and New Year’s Eve for that forecast to come true. Then, of course, thousands of investors bet alongside Goldman Sachs’ Jim O’Neill and the “China Miracle” to make them rich. These folks are down about 40% compared to the S&P 500 over the past five years.

Here’s what’s surprising. No Goldman Sachs oil analyst has ever been fired for, say, making a prediction about the oil price that was wildly off the mark. Contrast that with the fate of any surgeon, airline pilot, or even a burger-flipper at McDonald’s — all of whom would be long out of a job for showing similar levels of incompetence.

Prediction Is Hard: “Fast and Frugal” versus Rocket Scientists

Most of us suspect that both newspaper astrology columns and financial predictions are bunk. Yet, we still cling to the irrational hope that a 26-year-old Goldman Sachs analyst, armed with her elaborate spreadsheet models, can tell us something about the future oil price.

One of the myths of Wall Street high finance is that the more variables financial models account for, the more accurate its predictions. But the dirty little secret of financial analysis is that any trained analyst can construct a model that generates seemingly accurate predictions based on past data. But test the model on a different set of data and the predictive ability of the most elaborate models simply evaporates.

The irony is that, as psychologist Gerd Gigerenzer points out in “Reckoning with Risk: Learning to Deal With Uncertainty.” Goldman’s elaborate models for predicting the future are likely to be more wrong, more often, simply because they are so complicated.

Gigerenzer’s fundamental insight is that “fast and frugal decision making” trumps complicated predictive models almost every time. And the more complicated the model, the larger the likely error. An outfielder doesn’t do calculus in his head when estimating where to run to catch a fly ball. Yet the outfielder’s “fast and frugal decision making” — focusing on the one thing that really matters — that is, keeping the angle of the ball in relation to his line of sight constant — beats complicated models of optimization every time. In the same situation, the Goldman Sachs analyst would try to do the calculus and end up dropping the ball.

Prediction is Hard: Manage Your Risks Instead

Now you may think that, as the editor of three financial publications, I shouldn’t be throwing stones in glass houses. After all, I make predictions about how I expect an investment to perform dozens of times a year, both in my investment services and in managing my clients’ funds at my firm Global Guru Capital. And there are times when I am wrong.

Here’s the difference. Prediction — whether complex or “fast and frugal” — matters little in investing, unless you have a plan to manage your downside. That’s why I consider it my #1 job to manage risk. A “fast and frugal” plan to cut your losses at 20% in all your investments in 2008 would have trumped the hundreds of gallons of virtual ink spilled on analyzing the causes and consequences of the global market meltdown. That’s also why simple Wall Street aphorisms such as “cut your losses and let your profits run” work better than overly complex statistical models.

Gigerenzer recounts how Harry Markowitz, the economist who shared the Nobel Prize in economics in 1990 for developing the core insights of Modern Portfolio Theory, never used his own insights when investing his retirement funds. Instead, this Nobel Prize-winning economist used a “fast and frugal” heuristic (“rule of thumb”) to guide his investment decisions.

The end result? Markowitz actually made more money with his rules of thumb than if he had stuck to his own Nobel Prize-winning theory.

Perhaps the economist John Maynard Keynes had the healthiest relationship to predictions, when he observed: “It is better to be approximately right than exactly wrong.”

P.S. Today’s challenging market conditions require even more knowledge than ever for private investors and traders, like you, to keep pace with the latest market intelligence, safeguard your portfolios, and profit from opportunities that may only be available for short periods of time. Don’t miss this year’s World MoneyShow London, November 2-3, 2012, at the Queen Elizabeth II Conference Centre. Be there as recommendations and advice are revealed for how to best position your portfolio for profit — in 2012 and beyond. Don’t miss out… To obtain free registration, call 1-800/970-4355 toll free and mention priority code 028860.

Do Stocks Go Down Anymore?