FedEx to Invest and Distribute Portion of Tax Cuts 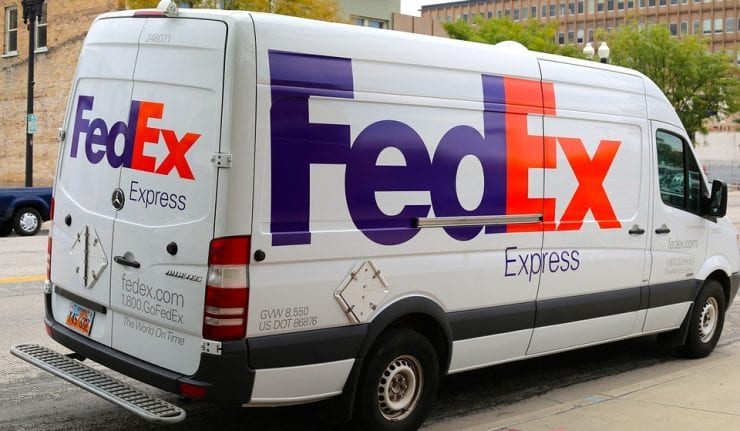 The FedEx Corporation (NYSE:FDX) is the most recent among more than 260 companies that announced using the recently enacted federal tax cut to give its employees bonuses or wage raises, as well as investing a portion of the funds to expand the business.

Reuters reported that FedEx announced on Friday, January 26, 2018, its plans to spend approximately $3.2 billion of the funds it will save in corporate taxes on raising wages, increasing incentive programs, funding employee pensions and expanding its operational facilities. The tax cut bill passed in December lowered the federal corporate tax rate permanently from 35% to 21%, which puts U.S. tax rates at a more competitive level with other developed countries.

In addition to cutting the tax rate, the new bill includes a provision that should spur investing and expansion by allowing companies to deduct 100% of capital costs immediately, instead of depreciating the capital investments over three, five, seven or more years. Out of the $3.2 billion that the FedEx Corporation will spend, nearly half – $1.5 billion – will go to capital expenditures to expand FedEx’s 2.4-million-square feet facility at the Indianapolis International Airport. The Indianapolis hub is currently FedEx’s third largest U.S. facility and hosts nearly 4,000 employees – approximately 700 of whom are full-time workers.

The company also will make a $1.5 billion voluntary contribution to its pension plan, which will help ensure that FedEx retains its status of providing one of the best-funded corporate plans in the United States. Additionally, the company allocated approximately $200 million for wage increases in 2018. Nearly two-thirds of that amount will go towards increasing wages for hourly employees and one-third towards increasing incentive programs for salaried employees.

While FedEx’s share price rose only 0.28% during trading on Friday January 26, 2018, just five days after peaking at its all-time high, the company’s main competitor, United Parcel Service, Inc. (NYSE:UPS), saw its share rise more than 1% during the same day of trading. However, FedEx managed to grow its share price 37.2% over the past 12 months, which was three times higher than UPS’s share price growth of 12.4% over the same period.

previous article
Japan is Back — Nikkei Hits 26-Year High, and Yet…
next article
BMW Sets Target on Tesla with Upcoming Electric Model