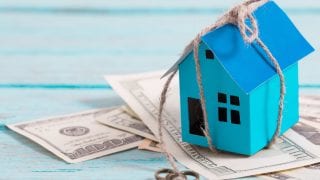 Closing Your Leveraged Bets — And Betting Big “South of the Border”

It was another solid week in the markets during the holiday-shortened week. The Dow Jones rose 1.80% and the S&P 500 advanced 1.14%. Global markets, however, pulled back with MCSI Emerging Markets Index dropping 1.37%.

With global markets soaring in January, and due for a correction this week, I am recommending that you take profits in your leveraged bets on global stocks.

Sell your position in ProShares Ultra MSCI Emerging Markets (EET) for a 6.46% gain and your bet on China through the ProShares Ultra FTSE China 25 (XPP) for an 8.99% gain. Remember, you’ve already booked both big double and triple-digit percentage gains in these positions.

I am also recommending that you close your leveraged bet on Japan through the ProShares Ultra MSCI Japan (EZJ) for a gain of 3.75%. Close your related option position on iShares MSCI Japan Index (EWJ), as well. The large swings in the Japanese yen are wreaking havoc with this unhedged position and limiting its upside. Remember, whenever we sell or stop out of an equity position, sell any related options as soon as possible.

This week’s Bull Market Alert recommendation takes you to Mexico, our much-neglected neighbor “South of the border.”

I’ve already written about why I think Mexico is a terrific long-term investment opportunity over the next few years. In fact, iShares MSCI Mexico Investable Mkt Idx (EWW) is a current recommendation in the Alpha Investor Letter and it is up 17.75% since I recommended back in August. This week, I want to focus on another Mexico-related play that I think may generate even bigger profits over the next few months.

Fomento Economico Mexicano SAB (FMX), or FEMSA, has been a long-time favorite of emerging market investment managers back in the 1990s when I was managing Canada’s largest emerging markets fund in London.

FEMSA is one of Latin America’s largest beverage producers with a particularly dominant position on Mexico. And latching onto a dominant player in a hot market always spells big profits for investors.

FEMSA owns a majority stake in Coca-Cola FEMSA (KOF), the world’s second-largest bottler. That’s important because Mexican consumers drink more soda than any other country outside of the United States — 146 liters or 38.5 gallons per year. Through its ownership of KOF, FMX has a stake in 37 bottling plants in Latin America in countries such as Colombia, Brazil, Venezuela, Nicaragua, Panama, Argentina and Costa Rica.

FMX is also a huge player in beer, and is the second-largest shareholder of Heineken, owning 20% of the Dutch brewer.

FMX also operates nearly 10,000 “OXXO” convenience stores across Mexico and Latin America. OXXO also happens to be the fastest-growing convenience store chain in Mexico, adding around 1,000 stores a year. Think of it as Mexico’s answer to 7-Eleven.

It’s a simple but compelling business model. One part of FMX makes the soft drinks. Another part, OXXO, distributes them.

FMX also has the tailwind of an appreciating currency. Over the past year, the Mexican peso has gained over 7% against the U.S. dollar. This, in turn, has boosted U.S. investors’ returns in peso-denominated stocks by that much.

Bank of Ireland (IRE) dipped 1.10% over the four-day market week. Short-term profit-takers took charge last Wednesday by driving IRE’s stock down on significant volume. However, in an impressive display of force, buyers came out and used the dip as an opportunity to ready for the next move up in IRE. IRE is a BUY.

Michael Kors Holdings Ltd. (KORS) powered 6.61% higher last week as Goldman Sachs reaffirmed its “Conviction Buy” rating on KORS last Friday. KORS will report earnings on Feb. 12 and I expect a positive news cycle will benefit KORS over the coming weeks as “chatter” ramps up. KORS also is once again nearing its 52-week high, which the company last attained in October 2012. So, expect some gyration as investors attempt to push up through this level. KORS is a BUY.

PowerShares Listed Private Equity (PSP) gained another 1.03% last week. Private equity firms have been buying the long-term property and infrastructure debt weighing on European bank balance sheets in an effort to capitalize on the resurgence of Europe. With PSP significantly weighted in financials, this strategy may pay off handsomely in the future. PSP is a BUY.

HollyFrontier Corp. (HFC) had a fabulous week, jumping 6.80%. HFC has an interesting chart that clearly shows an upside bias on the stock. HFC is back to its 52-week high for the fourth time in five weeks. The 50-day moving average (50MA) makes the picture even brighter with a rising and unyielding support level under the stock, squeezing HFC ever higher. Couple this with the fact that HFC has taken two mighty bounces off its 50 MA in just the past 20 days, and things truly look rosy. HFC is a BUY.

Qihoo 360 Technology (QIHU) ended the week flat. On the heels of last week’s price target increase by Jefferies & Company, Macquarie also raised its price target a whopping 48% to $40. This target is 25% higher than Friday’s close. Macquarie currently has an “Outperform” rating on QIHU. QIHU is a BUY.

Plum Creek Timber Co. Inc. (PCL) ended the week flat as traders positioned for PCL’s earnings report later today after the markets close. Analysts’ estimates are $0.29 per share on revenue of $300.73 million. PCL is a BUY.

Banco Santander, S.A. (SAN) rose 2.92% for its first week in your portfolio. Emilio Botin, the chairman of Banco Santander, remarked last Tuesday that his bank will boost its Brazilian credit portfolio 15-20% year-over-year in 2013. This $122 billion investment in the booming Brazilian economy should yield handsome gains for SAN. SAN is a BUY.

Investors who wait to make decisions based off of hard economic data are preparing to embrace numerical nirvana this week.