Global markets ended the past week pretty much where they started. The Dow Jones was up 0.06%, the S&P 500 rose 0.41% and the NASDAQ rallied 0.30%. The MCSI Emerging Markets Index ended the week up a hairsbreadth.

On the flipside, the Gulf States Index ETF Market Vectors (MES) fell 2.89% over the course of the week, thanks mostly to what is happening in Dubai.

As I looked at the front page of today’s European edition of The Wall Street Journal, I saw the picture below.

Images like this always remind me of “My #1 Contrarian Indicator.”

Dubai’s stock exchange fell 6.7% yesterday on news that Arabtec, the United Arab Emirates’ largest building firm, was laying off workers. Arabtec is known for its wildly ambitious construction projects, including the world’s tallest building, the Burj Khalifa, and more recently its plans to build the world’s largest mall and 100 hotels. Having dropped more than 20% since its peak, the Dubai stock exchange is now officially in a bear market.

As painful as these drops are, more often than not, they are opportunities to pick up stock in a market where selling is indiscriminate.

That was the case with the recent pullback in biotech and small caps in the United States. This is likely to be the case with the Gulf States Index ETF Market Vectors (MES) ETF as well. From all press reports, the selling in Dubai has been indiscriminate, as investors are throwing out the baby with the bathwater.

Technically, this ETF is severely oversold and due for a bounce. Trading at a price-to-earnings (P/E) ratio of 16.84, it is now back to reasonable valuations. Sure enough, the Dubai stock market has already bounced over 5% as I write this.

My recommendation is the same as it was for biotechs and small caps: hold on tight, as there is still more gas in the tank. If you’re really daring, this is probably a good time to add to your position.

So, I would expect things to feel worse, before they resume a steady uptrend. But for now, “Keep Calm and Carry On.”

iShares MSCI Ireland Capped Investable Market Index (EIRL) dipped 1.52% last week as it touched down to significant support at its 200-day moving average (MA) for the second time in a month. Ireland remains on the road to recovery. Ireland’s record low yields on its 10-year bonds make Irish borrowing costs lower than those of the United States. EIRL is a HOLD.

Google Inc. (GOOGL) gained 3.98% last week, reflecting the buzz around Google’s annual “Google I/O” conference, which begins today. Google is expected to unveil its latest effort to capture the living room TV-viewing experience by showing off a new Android TV device today. Although Google’s recent foray onto your TV via its Chromecast product was a success, Android TV could potentially add billions of dollars to Google advertising revenue. GOOGL is a BUY.

WisdomTree Japan SmallCap Dividend (DFJ) gained 1.32%, marking the fifth week of gains in a row. DFJ is benefiting from the same positive news as your other Japanese bet on DXJ. DFJ hit a new all-time high last week as it broke new ground and continued its bullish trend. DFJ is a BUY.

Market Vectors Biotech ETF (BBH) added 3.50% last week. Although you wouldn’t know it based upon the lack of news coverage lately, the biotech sector is making a stealthy comeback from its recent correction. Already up nearly 20% in your portfolio, your BBH holding is positioned to gain for many months to come. BBH is a BUY.

PowerShares Dynamic Energy Exploration & Production ETF (PXE) closed the week flat, but still managed to hit a new 52-week high late in the week. PXE’s top-five holdings include some of the crème-de-la-crème of the players in the oil exploration industry including EOG Resources (EOG), Marathon Oil (MRO), Chesapeake Energy (CHK), Apache (APA) and ConocoPhillips (COP). PXE is a BUY.

I encourage you to read the newly updated version of The Top 12 Stocks You Should Buy Right Now, which features three of my top investment recommendations for the second half of 2014, as well as bonus picks from each of my fellow investment newsletter editors at Eagle Financial Publications. 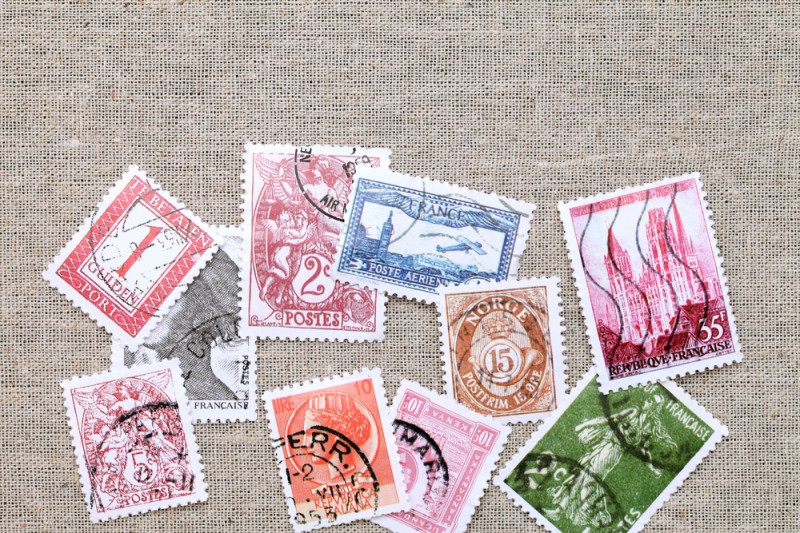 If you're like most retail investors, you've probably never thought of stamps as an investment.