Markets Recover as the Best Six Months of the Year Beckon

The Guggenheim Spin-Off (CSD) had a strong opening week in your portfolio, rising 4.21%. The KraneShares CSI China Internet ETF (KWEB) rose 4.07%, as well as the Vanguard Russell 2000 Index ETF (VTWO), which moved back above its 50-day moving average to a buy.

After a remarkably strong recovery in the markets in October, having now entered the strongest six months of the year, I think we can safely say that the August and September sell-off is now officially over. The S&P 500 is back near record territory. Market sentiment, according to the CNN Fear and Greed index, now stands at 74 out of 100, back from near 0 in August.

This also means that the market is panning out pretty much as expected as I set out in my free e-letter, The Global Guru, on Aug. 25, the day after the market bottomed.

So far, I am pleased with the results of more than $50,000 in personal investments I made that week, including Alpha Investor Letter recommendations like The Walt Disney Company (DIS), Markel Corp. (MKL) and Berkshire Hathaway (BRK-B).

That said, there still are some chinks in the market’s armor.

First, the rally has been concentrated largely on large-cap and tech stocks. Small-cap stocks, such as the ones that populate the portfolios of value seeking stock pickers, have been seriously lagging up until the last week.

Second, leading sectors such as biotech and cybersecurity have yet to make full recoveries, despite the broader market’s strength. Biotech has been hit by fears of price controls and the scandal surrounding biotech giant Valeant Pharmaceuticals International, Inc. (VRX). Cybersecurity is all about growth and thus tends to do well when markets are very optimistic.

Nevertheless, I generally am optimistic about the markets between now and the end of the year. Frankly, I am waiting for the current oversold market to pull back a bit to allow me another bite at the apple. I’m betting a lot of other market players are thinking the same way. And that means there is more upside in the market, particularly in sectors that have lagged in this U.S. large-cap-driven recovery.

Vanguard Russell 2000 Index ETF (VTWO) jumped 4.07% last week. Small caps have lagged overall as markets recover from the summer’s losses. VTWO was the lone holdout in last week’s Alpha Investor Letter update, standing as the only position (out of 17!) to be listed as a “Hold.” VTWO broke above its 50-day moving average (MA) last week and so moved up to a BUY.

Markel Corp. (MKL) dipped 0.72%. MKL will report earnings today after markets close. This stock closed out yesterday just 4% below its 52-week high. A positive earnings report should push MKL over this line and could clear the way for significant fourth-quarter gains. MKL is a BUY.

Alphabet Inc. (GOOGL) rose 2.18%, ending the past week just short of its 52-week high. GOOGL reported yesterday that its Project Wing drones could be flying deliveries as soon as 2017 — joining Amazon and Walmart on the short list of companies to have made such an announcement. Although the comparative advantage of Amazon and Walmart is delivering your online order within hours, Alphabet believes that a flock of drones could quickly deliver emergency supplies to hard-to-reach locations. GOOGL is a BUY.

Exclusive  Despite 2020, It’s a Benevolent Universe

The Walt Disney Company (DIS) rose 1.56%. Disney continued its unbroken five-week run higher last week as it gets ready to report third-quarter earnings on Thursday, after markets close. The analysts’ earnings per share (EPS) estimate is $1.16. DIS is a BUY.

PayPal Holdings (PYPL) jumped 5.45% last week. PYPL reported better-than-expected earnings last Wednesday of $0.31 earnings per share (EPS) vs. a $0.29 EPS estimate. Revenue was $2.3 billion vs. a $2.27 billion estimate. PYPL will become a component of the NASDAQ-100 Index prior to the market’s open on Nov. 11, replacing Broadcom Corporation. PYPL is a BUY.

Guggenheim Spin-Off (CSD) had a strong opening week in your portfolio, rising 4.21%. CSD is a play on corporate spin-offs — an action with a strong track record of yielding higher stock prices for the spun-off company. CSD is a BUY.

iShares MSCI Philippines (EPHE) dipped just 0.87%. This bet on a rise in the Philippines’ markets is the second position to join your portfolio last week from the Watch List. EPHE is a BUY.

Biotech ETF Market Vectors (BBH) climbed 1.74%. BBH is the third of three investments the Alpha Investor Letter portfolio re-entered last week. The biotech sector has been a stellar performer for several years, save a few corrective bumps in the road along the way. After pulling back significantly during a recent market correction and political headwinds, BBH is well positioned for strong future gains. BBH is a BUY. 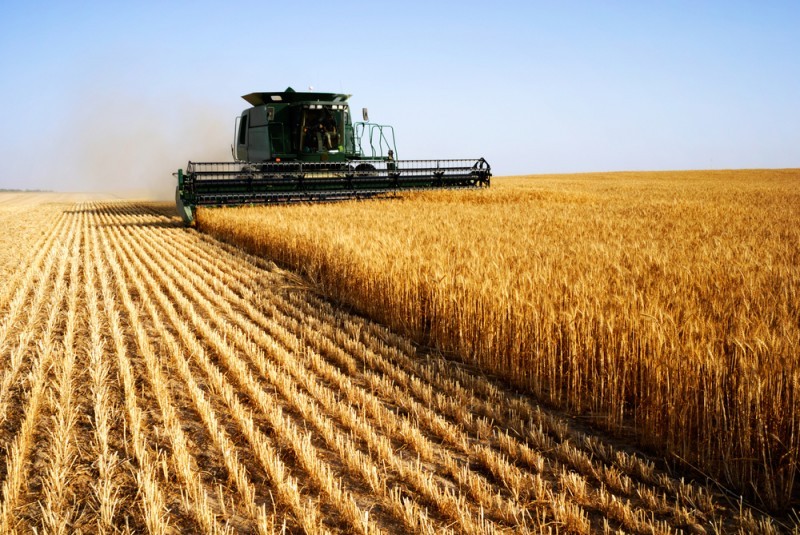 Have Commodities Reached a Bottom?

Global investment expert Nicholas Vardy examines the global commodities market to determine whether it has bottomed.