WisdomTree Emerging Markets High Dividend Fund (DEM) has been delivering market-beating returns for more than a year by tracking the performance of high-dividend-paying companies in economically ascending emerging markets.

The lure of income is a key reason to own a dividend-paying fund, but DEM also has surged in share price during the past year and could outperform again in 2018 as the World Bank forecasts emerging markets will grow 4.5 percent, compared to 2.2 percent for advanced economies. Another plus with dividend-paying investments is that they tend to retain their value better than non-dividend-payers when the market falls.

DEM’s dividend yield for the past 12 months reached 3.47 percent, its 30-day average daily trading volume is 305,426 shares and its expense ratio is 0.63 percent. That yield helps to boost the fund’s returns significantly, compared to non-dividend-paying investments.

With a closing share price of $48.40 on Monday, March 12, DEM trades at a slight premium of 0.26 percent to its net asset value of $48.23. The following chart shows its performance for the past 12 months. 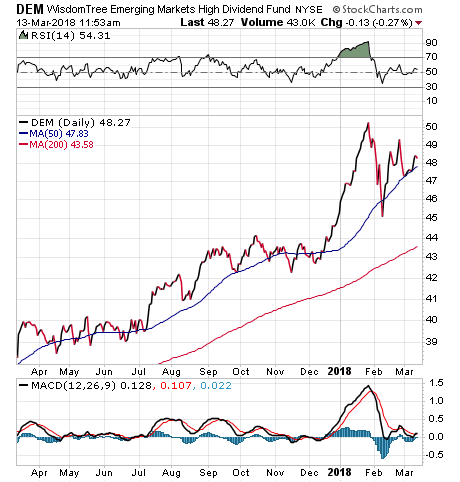 DEM is one of the top current recommendations of Jim Woods, the editor of the Successful Investing investment newsletter. Woods described DEM to me as a “standout.”

With bonds, even those focused on emerging markets through iShares J.P. Morgan USD Emerging Markets Bond ETF (EMB), now “out of favor,” DEM is particularly appealing because it is spurred by rising global growth, a still-low U.S. dollar and improving demographic trends in many countries in that sector, Woods said.

For investors who crave income and want exposure to emerging markets in creating well-diversified portfolios, DEM is worth considering while it produces outsized returns that show no signs of slowing anytime soon.

Exclusive  THE SPECIAL FORCES OF THE OIL INDUSTRY 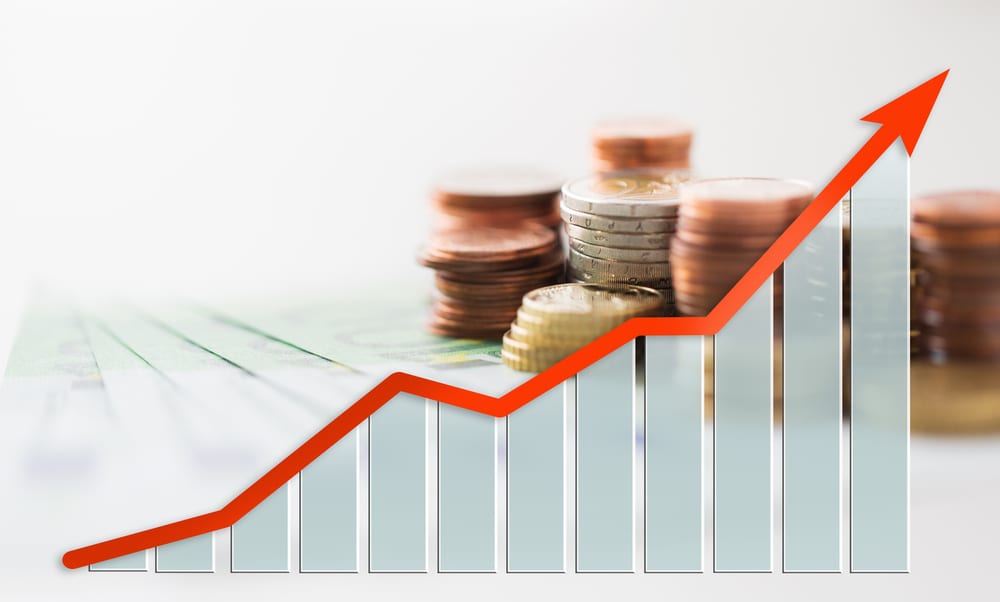 By: Bruce Miller, CFP® In my previous article, I discussed dividend yield, which is probably the best known and most used selection factor for evaluating dividend-paying equities. However, the dividend yield conveys only limited information and must be supported with additional selection factors to ensure a significant probability that a given equity might rise in the future. Most investors have heard the “past performance is not a guarantee of future results” saying, which is invaria

Exclusive  McDonald’s Fattens the World; The Rich Get Richer… at a 75% Discount; Chinese Data Boosts Emerging Markets to Three-Month High