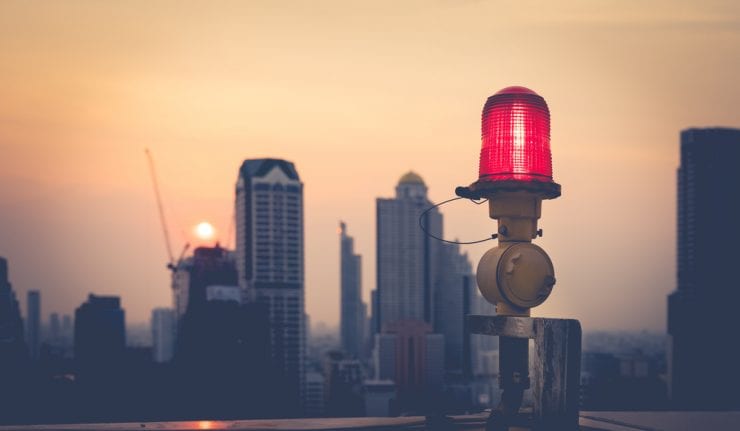 For if the TRUMPet give an uncertain sound, who shall prepare himself to the battle?” — 1 Corinthians 14:8

The Trump administration has given new meaning to “March Madness.”

I warned last week that the only thing that could kill the bull market on Wall Street was bad public policy. The market had gotten ahead of itself at the end of 2017 and had been looking for an excuse to correct downward. Now, it’s here, brought on by a series of bad policies and negative financial news. The bull market has stalled out, and tech stocks have entered a bear market.

The first year of the Trump Administration had mostly positive results, with much needed tax and regulatory relief for American businesses and workers. The stock market soared on the policy changes.

However, 2018, an election year, is turning out to be an entirely different matter under this imperial president. What brought about this sudden change?

First and foremost, there’s the new trade war under Trump. The above quote from the Bible seems appropriate in describing the president’s off-again and on-again protectionist trade policies and their effect on the stock market and our portfolio.

As Alex Green says, “This is no way to run a railroad, much less a nation’s trade policy.”

Based on my sources in Washington, the Trump administration is determined to engage in a confrontation with China and other trading nations that could undermine the whole global free market economy, with grave political implications in November.

“It’s bad,” I was told by one of my confidantes in the White House. “The President is determined to double down on its fight with China, in an attempt to bring them to the bargaining table.”

And yet there’s still the strong possibility that the mercurial president may have ignited a “chain reaction” and a global trade war where everyone loses, including the United States. Higher prices, another recession, even war could be on the horizon…

Like many of you, I am hopeful that supply-side economist Larry Kudlow can blunt the influence of Peter Navarro, author of “Death by China,” and possibly the most dangerous anti-trade protectionist in the White House since the Hoover days. We shall see, but so far, it appears to be an uphill battle.

There is more troubling news: Trump named John Bolton, a hawk who is known for taking a hard line against Russia and advocating military force against North Korea and Iran, as his national security adviser. This could mean increasing tensions abroad in the near future.

It is not only the prospect of a major trade war that has investors and citizens running scared. It is his new Fed Chairman Jerome Powell who is aggressively raising interest rates. Mortgage rates are now approaching 5%, the highest in years, threatening to cut off a growing real estate market.

At the same time, Trump and the Republican leaders on Capitol Hill pushed through a gigantic $1.3 trillion federal omnibus budget that is bankrupting the nation. In a period that economists regard as full employment, we should be running a surplus. Instead, the deficit is expected to exceed $1 trillion next year, ballooning our national debt to $22 trillion or more. With interest rates rising fast, this spells doom for our economic sanity.

Instead of draining the swamp, Trump is drowning in it!

In many ways, the Trump White House is in chaos, as reflected in the numerous firings and resignations — more than any other administration in recent history.

One other factor is at work undermining the bull market in tech stocks: the Facebook (NASDAQ: FB) scandal. This controversy has affected the major players across the board, and now all technology stocks have fallen sharply. It may take a while to sort out the best privacy policies in social media.

Big Brother Is Watching You: The Giant Conspiracy to Destroy Your Right to Privacy

Last week, the entire high-tech sector fell out of bed after new reports revealed that private companies were selling and politicians were buying the personal information of 50 million Facebook users, prompting government regulation of social media.

Howver, the Facebook scandal is just the tip of the iceberg. Apple’s iPhone and Samsung’s Galaxy know your every move, even when your cellphone is turned off. And now Amazon and Google have carried invasion to its zenith with the acquisitions of companies making smart doorbells, thermostats and other home security devices. As one analyst put it, “Now they can see your door and hear what’s going on in your house. They can tailor marketing to your consumption patterns. They can fine-tune delivery to catch you when you’re home. In theory they can even let themselves in.” Scary!

CNBC’s Rick Santelli, father of the Tea Party movement, told me this is a “biggie” and could derail the tech and social media industry for some time as government intervenes and starts regulating Amazon, Facebook, Apple and other tech companies. Investors, beware!

Action to take: “Big Brother Surveillance Panel” has just been added to our “Emergency Summit” at FreedomFest. We will have a special session with top security and privacy experts “CAN YOU KEEP A SECRET? How Business, Government and Even Your Doctor are Monitoring You and Mining Your Data, and How You Can Once Again be a PRIVATE Citizen.” Join us at www.freedomfest.com.

For these reasons, we have decided to hold an emergency “Economic Summit” at FreedomFest, July 11-14, at the Paris Resort, Las Vegas. All FreedomFest attendees will be invited to attend this special private meeting.

Normally, we record all sessions at FreedomFest, but upon request of many of our speakers, we will turn off the tape recording so they can speak freely. You must be there in person to hear it all. For more details on speakers and topics, see the announcement below. And note: Our “early bird” discount ($200 off the retail price) ENDS this weekend on March 31.

We’re getting a big response to this announcement, with over 100 people registering each week. Please join us.

Here are the experts and insiders we have invited to present at our Emergency Summit at FreedomFest, July 11-14, 2018, Paris Resort, Las Vegas:

Jim Rogers, Doug Casey, Keith Fitz-Gerald, Peter Schiff, Robert Kiyosaki, Alex Green and a host of other financial experts will prepare you for the impact of the new Trump and Federal Reserve policies on your investments. FreedomFest is the only liberty event with a full three-day investment conference (our “Fast Money Summit”). Why? Because financial freedom is essential to personal freedom. We want you to have both. For more information, click here.

Why meet at FreedomFest? Steve Forbes says it best: “FreedomFest is where the best ideas and strategies are fleshed out.” That’s exactly what we plan to do at this special meeting — determine the best strategies to protect ourselves and our money from the unfolding Trump crisis.