Can My New Supply-Side Statistic Predict the Future? 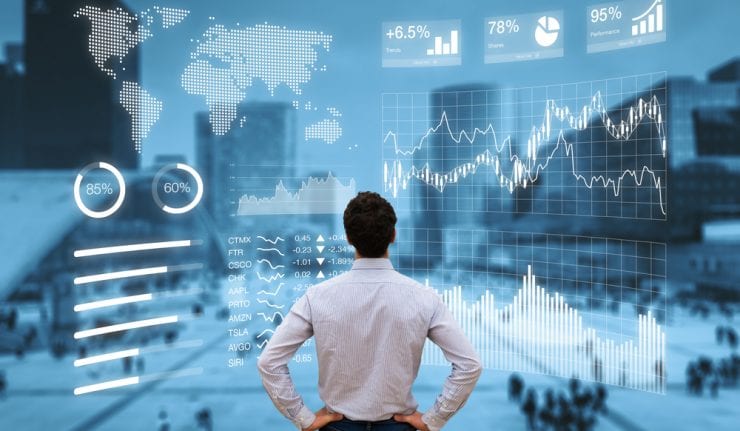 “This truly is a major development. Not only is your GO becoming accepted, but you have truly changed the perspective on measurement. It is a paradigm shift, something that happens very rarely.”

On Tuesday, April 24, the Wall Street Journal published my opinion editorial, “If GDP Lags, Watch the Economy GO,” about how the supply chain grew much faster than GDP in the fourth quarter of 2017, suggesting that the economy is picking up steam.

You can read the article here. It is also available at www.grossoutput.com.

Gross output (GO) measures spending at all stages of production. Unlike gross domestic product (GDP), it includes the value of the supply chain. It rose 4.6% in the fourth quarter, much faster than 2.9% for GDP. The Bureau of Economic Analysis, which measures GO and GDP every quarter, may underestimate GO growth, since the federal agency does not include all spending at the wholesale and retail trade level. When you include those, adjusted GO grew 5.6% in real terms. And business-to-business (B2B) spending increased a real 9%!

GO also has predictive power. It suggests that the first-quarter estimate of GDP will be much higher than the consensus number of 2%. We will find out on Friday.

The response has been largely positive to my article. In addition to the comments above, here’s an interesting perspective from a New York bond trader: “Making the Opinion page of the Wall Street Journal is an awesome accomplishment… Really, congratulations! The article is very well written and argues the point well. It is funny to me, the GO measurement seems so clear that it needs little defending. As is always the case, the private sector figured it out well before the government… ask the world’s richest man, Jeff Bezos, how good of an indicator profits (GDP) are vs. revenues (GO)! He figured out long ago there is no need to worry about profits as long as you can grow revenue (and Wall Street is willing to keep writing checks along the way)... and every tech initial public offering (IPO)… who needs profits? Investors nowadays seem to be happy to measure success only by revenue. But, as you pointed out, the increase in revenue, if consistent, will usually manifest itself in profit (Amazon chose instead to keep plowing it back into growth) and when they eventually choose to “harvest” they became unstoppable. This is the new Economic Model!”

Another analyst responded: “I get the Amazon metaphor, but I wonder if it explains it adequately. It might be better to use a less specific simile, after an explanation of what GO is, and how it relates to GDP. Then you can illustrate it by saying, It is rather like the relationship between a corporation’s operating costs and its return to shareholders: a lot goes on in any business before its owners get any benefit.”

A commercial property developer wrote, “Congratulations, Mark! Your long and cogent arguments I first encountered years ago in your seminal The Structure of Production, building originally on Hayek’s brilliant insights, have been immensely successful. We are now witnessing some truly beneficial progress in the study of economics.”

He compared GDP to the final score in baseball game and GO to the box score, which includes how the game was played and how the final score was achieved. You need to know both to understand what happened, and what the future is for each team and player. Good comparison.

For more information on GO, go to www.grossoutput.com.

You Nailed It! Ben Franklin Identifies the “Way to Wealth” in Three Simple Words

I appeared as Benjamin Franklin, founding father extraordinaire and the founder of the American enterprise system, before the Los Angeles Chapter of the American Association of Individual Investors (AAII) last Saturday, April 21. 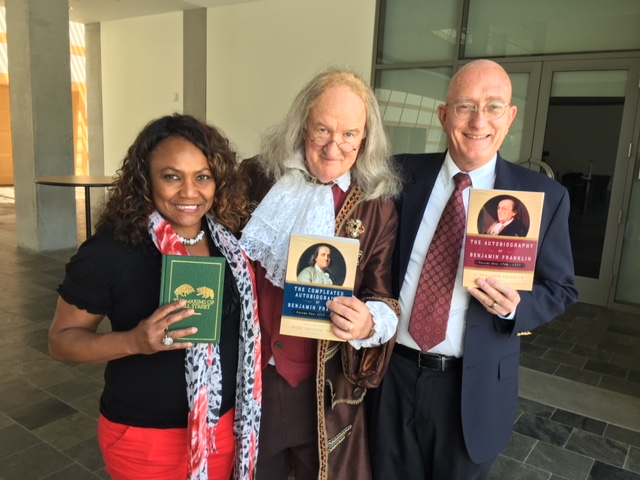 Gena Lofton and Paul Wendee are shown with me appearing as Ben Franklin.

Most people know of Franklin’s rags-to-riches story in his autobiography. But how did he keep his wealth from being decimated during times of war, depression, runaway inflation and illness? In “The Compleated Autobiography,” which my wife and I compiled and edited, Franklin reports how he suffered and survived major financial setbacks during the final 30 years of his eventful life.

Fortunately, he practiced what he preached, and had over the years garnered considerable assets through frugality and economy — in stocks, bonds, bank accounts and rental properties.

His motto was “In prosperous fortunes, be modest and wise, so you are prepared for ill winds that may come your way.”

Many states have a “rainy day fund” to help them out when the boom times turn into a bust. Investors should have the same — safe funds to draw upon if troubled times and bear markets occur.

To quote Franklin, “There is much revenue in frugality, and no revenue is sufficient without economy.” If only our government leaders understood this principle!

Franklin ended up a rich man when he died at the age of 84 in 1790. He said that when he died, he hoped people would not remember him for his wealth, but that he “lived usefully.”

In 1757, he wrote a pamphlet, “The Way to Wealth,” that has been reprinted many times. In it he wrote, “The way to wealth is as simple as the way to market.” He said it depended on three words: industry, frugality and prudence. “He that gets all he can honestly, and saves all he can, will certainly become rich.”

But to stay rich, you must develop the virtue of prudence. “Experience keeps a dear school, but fools will learn in no other.”

I quote Franklin 17 times in my “Maxims of Wall Street” — he offers much sage advice for today’s investors. One of my favorites is: “Genius without education is like silver in the mine.” To be successful financially, you must stay informed and know the signs of the times.

There’s much wisdom in these “Maxims of Wall Street.” I urge you to get a copy or read a line or two each day. Commodity guru Dennis Gartman has a copy on his desk and refers to it often in his newsletter. It has been endorsed by Warren Buffett, Jack Bogle, Richard Band and Alex Green, who says it is destined to be a classic.

It also makes an excellent gift to friends, clients and colleagues. I encourage people to buy several copies — you pay only $20 for the first copy and all additional copies are only $10 each. I sign each book and pay the postage. If you buy a whole box (32 copies), you pay only $300 postpaid.

It now is in its 5th edition and has sold over 25,000 copies. When you receive your copy, you’ll know why.

To order “Maxims,” call Harold at Ensign Publishing, toll-free 1-866-254-2057, or go to www.miracleofamerica.com. (For orders from outside the United States, call Harold for a quote on additional shipping charges.) 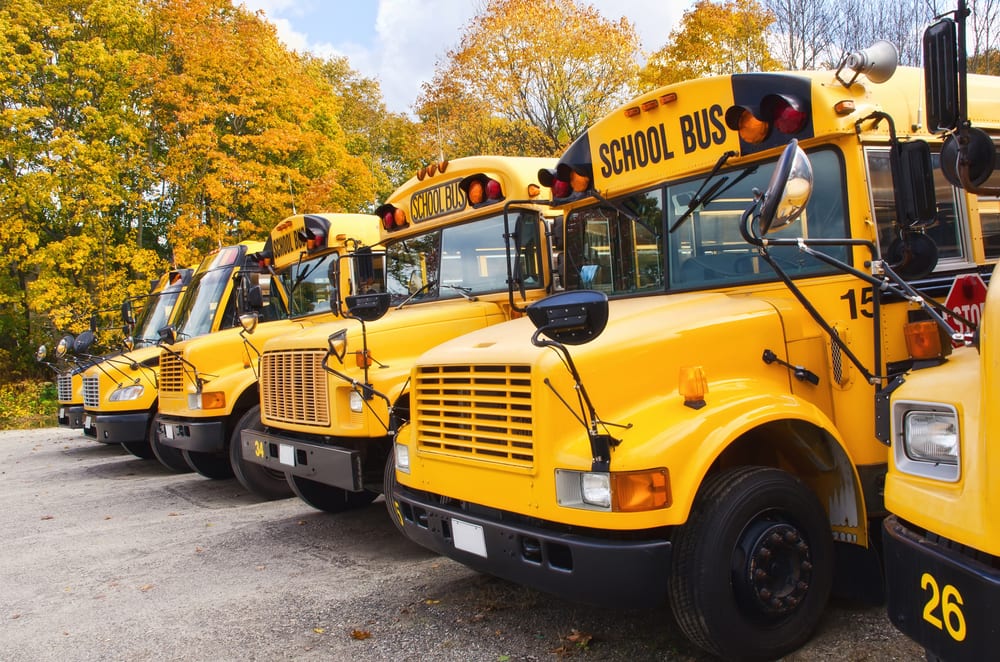