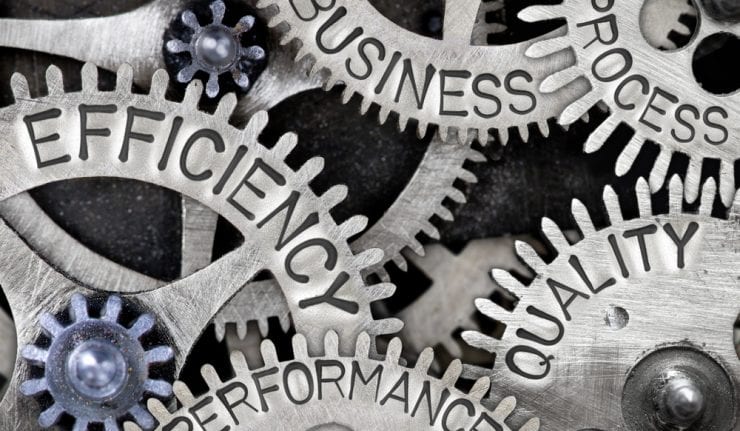 As many of my readers know, I teach a course in the spring called “Financial Economics” at Chapman University, where I am a Presidential Fellow.

Financial Economics is about the contributions and insights of economists in the field of finance and investing. Over the years, there have been many breakthroughs, such as those from University of Chicago economists Eugene Fama, who championed the efficient market theory and the development of index funds, and Richard Thaler, who advanced the study of “behavioral finance.”

Two of the textbooks used by my class are “A Random Walk Down Wall Street,” by Princeton University Professor Burt Malkiel, and “Stocks for the Long Run,” by the University of Pennsylvania’s Jeremy Siegel, who is known as the Wizard of Wharton.

The course also includes the contributions of the great Austrian economists, such as Ludwig von Mises and Friedrich Hayek. Students are required to read my book, “A Viennese Waltz Down Wall Street: Austrian Economics for Investors,” in which I argue that the stock market is more like a dance than a random walk.

Last Monday, I had an eureka moment in my class. I was explaining the Austrian theory of the business cycle to them using my 4-stage model of the economy (a form of Hayek’s triangles). I pointed out that the theory suggests that revenues, profits, employment and even stock prices for certain industries tend to be more volatile the further they are removed from final use (retail). See the diagram below. 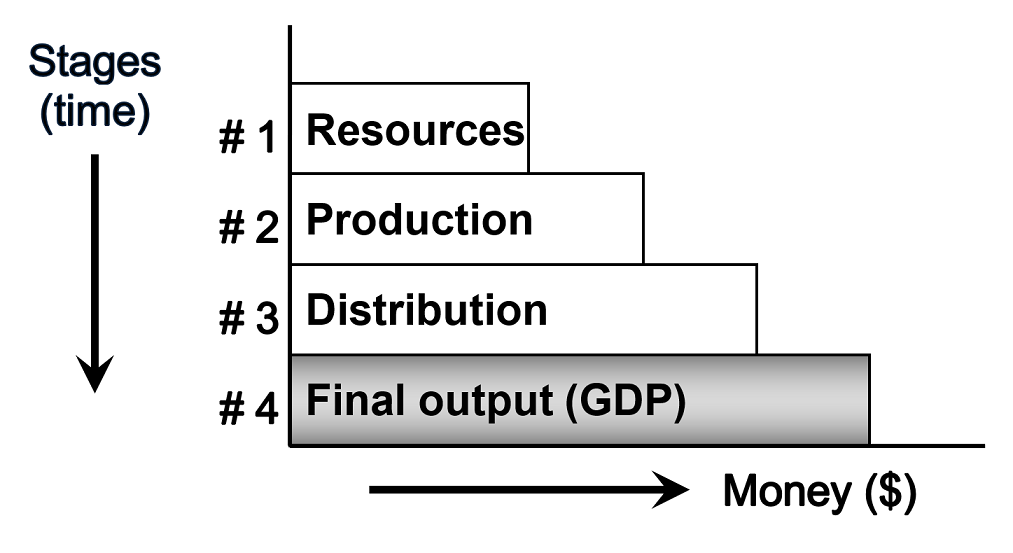 I argue that the stages of the economy are like a fan — the top of the fan moves back and forth more than the bottom.

Testing My Thesis with Five Stocks

The students were asked to test this theory by looking up the beta (a measure of price volatility) for energy stocks based on their distance from final use. The categories included: oil drillers and exploration (upstream), pipelines (midstream), refiners (downstream) and gas stations (retail). Note: I chose each of the following major energy stocks for each category without knowing in advance what their beta was. Here are the five stocks I chose and their corresponding category:

The students looked up the beta for each stock, and here is what they discovered:

The conclusion was clear: energy stocks further from final use tend to be more volatile.

Of course, this was just a sample test and may not apply on a universal basis. A fellow finance professor pointed out that Getty Realty is a real estate investment trust (REIT) that invests in gas stations rather than gasoline itself. So, the test may not be ideal.

If one could create a stock index of each intertemporal market, we could more fully confirm this Austrian theory of finance.

Testing My Hypothesis with ETFs

After class, I duplicated the test with exchange-traded funds (ETFs) in three categories in the energy field:

Once again, my Austrian “fan” thesis seemed to hold.

What’s the implication for investors? If you want less volatility and risk in your portfolio, stay with stocks that are closer to final use. Commodity-based stocks, such junior oil & gas or mining companies, are inherently volatile.

You Blew It! The Economist Endorses Socialized Medicine

Last month, two-year-old British child Alfie Evans was fighting for his life. After developing a mysterious, terminal degenerative disease, the government-run National Health Service decided to pull the plug on the child.

The parents protested (along 500,000 Facebook protestors, including Pope Francis) and demanded the right to seek care abroad. The judge ruled in favor of the State — and the child died.

After this crisis, I was shocked to see the U.K.-owned Economist magazine do a cover story endorsing socialized medicine. “Within Reach: Universal Health Care, Worldwide” is newspeak for the government telling you how to run your life. This is doubly tragic because the Economist used to be a consistent defender of free-market economics. Somehow over the past few decades, it gradually has become a tool of the State and Keynesian economics, favoring deficit stimulus packages and progressive taxation. About the only remaining “good” philosophy they still endorse is free trade.

It is clear that the Economist has an agenda, judging from its 10-page report “An Affordable Necessity.” The editors claim that universal health care — by which they mean government-mandated medical care — is “affordable,” but they don’t say how.

The writers completely ignore health savings accounts (HSAs), the free-market alternative that John Mackey’s Whole Foods Market has so successfully incorporated. Also, there is nothing about the world’s most successful private-public partnership, Singapore’s Medisave and Medishield System, that Business Week claims is the most successful national medical service system in the world. Under Medisave, residents pay payroll taxes of 7-9.5% that go toward health savings accounts, out of which residents pay routine medical expenses. Thus, there is an incentive to keep costs down because consumers get to keep the money they don’t spend.

Medishield is a giant state insurance plan that covers catastrophic illnesses. The cost is $1,400 a year with high deductibles, so again, customers are encouraged to live healthy lives.

However, in the 10-page report on universal health care, the Economist somehow didn’t have room to report on it.

Economist Sean Flynn, who teaches economics at Scripps College in Clermont and is running for Congress, is a big advocate of Singapore’s medical system, and has spoken about it before at FreedomFest.

How to Order ‘A Viennese Waltz Down Wall Street’

My book, “A Viennese Waltz Down Wall Street: Austrian Economics for Investors,” is written for the intelligent layman who wants to know more about Austrian economics and the answer to questions such as:

— How can you improve your chances of forecasting the future?

— Can the Austrian theory of the business cycle improve your skill in identifying the tops and bottoms of markets?

The book is 256 pages long and is available in quality paperback for only $20 postpaid by calling Harold at Ensign Publishing, toll-free: 1-866-254-2057. (Call for the additional cost of mailing outside of the United States.)

You can get a free copy by signing up for this year’s Fast Money Summit at FreedomFest, July 11-14, Paris Resort, Las Vegas. For details about this conference, click on this link.

Everyone coming to the Fast Money Summit will receive a complimentary copy of “A Viennese Waltz Down Wall Street,” plus a ticket a private reception to meet with Steve Forbes, and a free ticket to FreedomFest.

This Is My New Favorite Economic Indicator