Since early March, equity markets have been singing a faint, yet increasingly loud, song that is giving the bulls reason to pause.

That song should probably be titled “Trade War Blues,” and the latest verse includes whiskey, tailpipes and a whole lot of economic tribalism. Last week, stocks traded sharply lower in a completely rational reaction to a development I’ve been warning readers about for months.

That warning is all about tariffs and a potential trade war, and the heated-up rhetoric from the Trump administration, China and Europe. That talk of tariffs caused the Dow Jones Industrial Average to suffer its biggest one-week decline since March.

Not coincidentally, March also is when the original “Trade War Blues” jam started to be heard on the corner of Wall and Broad in Manhattan.

Now, from a purely global and domestic economic growth standpoint, tariffs are never a positive. Markets know this and last week, and again on Monday, it has looked like markets are really starting to take the prospects of a profit-killing trade war seriously.

The way I see it, trade wars are a misguided form of tribalism in economics that are, ironically, bad for all tribes. Tariffs only serve to punish a country’s citizens via increased taxation on goods and/or services, and via higher prices of goods and services.

And though there are some companies/individuals who benefit from specific tariffs and/or trade decisions, they do so at the expense of other companies, other industries and nearly all consumers. And, many, many more individuals are harmed via higher product costs, higher taxes, more government and less economic freedom.

Of course, every good blues song needs a lyric or two about a favorite way to drown your sorrows, and that way usually involves whiskey. In the “Trade War Blues,” we’re drinking the ultimate Tennessee whiskey, Jack Daniel’s.

This week, Brown-Forman Corp. (BF-B), makers of the iconic libation, announced it would be raising prices by 10% on its flagship brand that is sold in many European countries in order to combat the 25% tariffs imposed by the European Union (EU) on U.S. bourbon.

Oh, and why did the EU impose those tariffs? It did so to combat the original tariffs placed on steel and aluminum imports to the United States by the Trump administration.

Then we have another favorite of the blues song genre, motorcycles.

I’m referring here to another American icon, Harley-Davidson (HOG). On Monday, the Wisconsin-based motorcycle maker announced plans to move some of its production overseas to avoid the EU’s retaliatory tariffs.

According to Harley-Davidson, the EU tariffs on the company’s motorcycles increased to 31% from 6% and will raise the cost of the average motorcycle to the EU from the United States by about $2,200. The company also announced it expects the tariffs to cost about $30 million to $45 million for the rest of 2018 and could cost $90 million to $100 million on an annual basis.

Here again, we have another verse in the “Trade War Blues” that means damage to an iconic American company’s bottom line, as well as fewer jobs here in the United States.

This is the kind of negative fallout from the economic tribalism of tariffs and a trade war. And, you know it’s tribal based on the reaction from the head of the tribe… President Trump himself.

In a series of Twitter (TWTR) posts reacting to the Harley-Davidson announcement, the president essentially scolded the company’s management for “surrendering” and “quitting” with its decision to do what’s in its financial best interest.

Check out the disturbingly granular tweet, which essentially threatens the company for making a business decision based on financial merits, as its management sees it:

I consider this a disturbing form of tribalism, because the threat is designed to make Harley-Davidson act in what the president thinks is in the best interest of the country.

Well, Mr. President, Harley-Davidson and its shareholders demand that the company act in its best fiduciary interest, not in the interest of the tribe — even if that tribe is the America you would like to make great again.

All this said, I am a fan of much of what the president has done for the economy, for the business community and for individual taxpayers. The tax bill passed late last year was outstanding, and companies now can breathe easier with a lower corporate tax rate. Moreover, the reduction of regulation has been a much-needed and much-appreciated development that wouldn’t have come to pass without President Trump leading the charge. For that, the president deserves to be commended without equivocation.

However, if the president follows through by moving ahead and imposing more tariffs (the latest idea being floated is another $400 billion on Chinese goods at a 10% rate, and another 20% tariff on all European auto imports), and more restrictions on foreign investment in technology (a policy he threatened on Monday), the “Trade War Blues” won’t just be sung on Wall Street — it will be belted out loud the world over.

We just received a historic video from investment guru Mark Mobius, longtime manager of the Templeton Emerging Markets Fund, which we will be showing exclusively at our Fast Money Summit at FreedomFest in two weeks, July 11-14, at the Paris Resort, Las Vegas.

Based on his long-time experience investing in emerging markets (his fund is ranked the #1 foreign fund over a 30-year period), he will reveal his three most important lessons of investing.

We just watched it and it’s a must-see! After we show the Mark Mobius video (recorded in London), Jim Rogers will give us his own commentary on investing in Asia and around the world.

Nearly 1,300 people have now signed up for FreedomFest, and many will want to attend our Fast Money Summit in the Vendome A room. The excitement is building. We are getting dozens of sign-ups every day. Steve Forbes and John Mackey, co-ambassadors, will be our final speakers at the Summit on Saturday, July 14, followed by a private reception. I can’t wait.

The entire agenda is posted online! We have an incredible lineup of big-name speakers and experts, panels and debates. Go to https://www.freedomfest.com/agenda-3/. There is nothing like it in any conference anywhere.

Liberty and Security for All

“He that would make his own liberty secure, must guard even his enemy from oppression.”

Sound philosophic principles apply to every person. Founding Father Thomas Paine knew this, and that’s why he made the point here that it is important to preserve liberty for everyone. To shed the destructive vagaries of tribalism, we need to understand and apply this equality of rights principle. If we don’t, we are doomed. 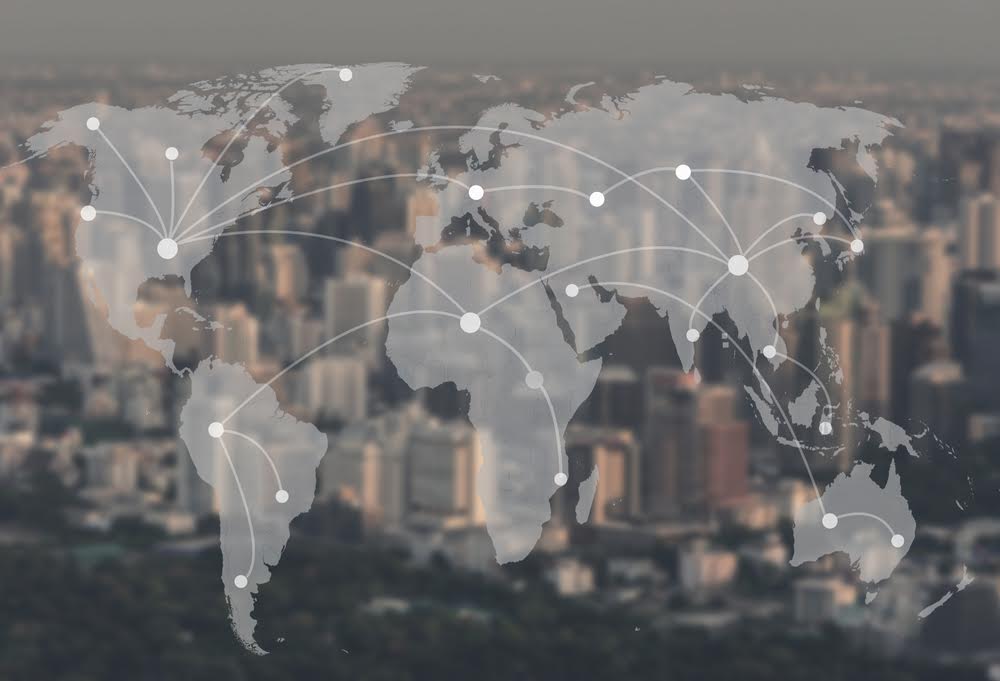 Investment expert Jim Woods shares the details on this fund that effectively grants exposure to international investing without the hassle.