Did You Miss Out on ‘The Mother of All Bull Markets?’ 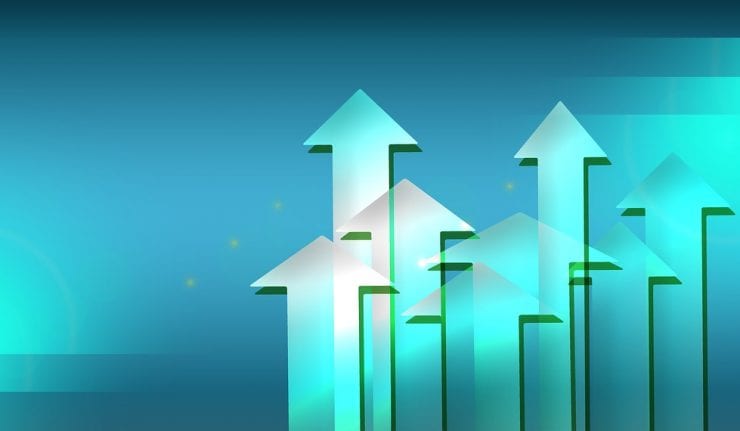 “Businessmen [and investors] can profit handsomely if they will disregard the pessimistic auguries of self-appointed prophets of doom.” – J. Paul Getty, “How to Be Rich,” as quoted in “The Maxims of Wall Street.”

In 2013, Robert Kiyosaki, author of #1 all-time bestseller “Rich Dad, Poor Dad,” doubled down on a book he wrote in 2002 entitled, “Rich Dad’s Prophecy: Why the Biggest Stock Market Crash in History is Still Coming… and How You Can Prepare for it and Profit from it!” In his updated edition, he boasted of having forecast the 2008-09 crash, although he didn’t pinpoint this date in his 2002 book.

We all still are waiting for the crash. Meanwhile, since 2002, the stock market has more than tripled in value, and that includes the devastating 2008-09 bear market.

Kiyosaki wasn’t the only one whose prophecy proved disastrously wrong for himself and any of the millions who followed his advice.

— In late 2011, Stansberry Associates issued a special report, “The End of America,” predicting total collapse of the American economy and the dollar “within 12 months,” and urged investors to sell their stocks and buy gold. It was the most successful promotion in history.

— In 2015, former Congressman Ron Paul warned investors that America was headed for a huge disaster that would be “worse than 2008, Black Monday, and the Great Depression.”

— Right before he died in late 2015, Richard Russell, editor of the fabled “Dow Theory Letters,” forecast the “Mother of all Bear Markets.”

It turns out that all these Pied Pipers proved to be dead wrong. Instead of a bear market and crashes on Wall Street, we ended up with “The Mother of All BULL Markets.” This week, the S&P 500 Index hit an all-time high, and just won out as the longest bull market in history, lasting 3,454 days, beating out the October 1990 – January 2000 bull market of 10 years.

I’ve been lucky enough to be on the right side of the markets since 2002, and some subscribers have profited handsomely. We sold our gold in late 2011, and have been fully invested in the traditional stock markets since 2009, when the latest bull market began.  On December 7, 2017, I reflected this optimism when I appeared on Rick Santelli’s Exchange on CNBC. 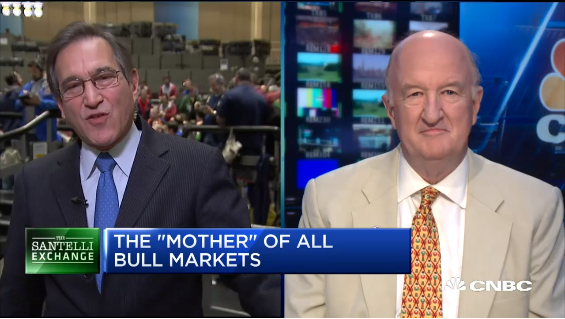 Mark on CNBC discussing the “Mother of All Bull Markets.”

Who knows how long this bull market will last. Few believe in it. This is the most disrespected bull market in history. We will stay fully invested until it becomes clear that it’s over.

Personal Notes: Last Friday, I was interviewed on a great radio show “The Soul of Enterprise” about my receiving a Triple Crown in Economics, and my contributions to economics, business and finance. Here is a link: http://thesoulofenterprise.com/skousen.

I’ll be at the San Francisco MoneyShow this weekend. See you there!

How to Protect Yourself from the Permabears

If you are tempted to follow the advice of the permabears and the gold bug crowd, please first read the timely quotes on pp. 102-103 of my classic work, “The Maxims of Wall Street.” It is available for only $20. I autograph each copy and mail them at no extra charge, as long as they are mailed inside the United States. You can buy additional copies for only $10 each. They make great gift books. (If you order a whole box, containing 32 copies, the cost is only $300.) To order, call Harold at Ensign Publishing, 1-866-254-2057, or go to www.miracleofamerica.com. (If you order from outside the United States, call Harold for prices on extra shipping charges.)

The Trump administration has done a lot of good things, such as cutting business taxes and deregulating the economy. But not all is well.

Attorney General Jeff Sessions is an old-style conservative who advocates the “war on drugs” and recently has imposed an extension of federal civil asset forfeiture laws that the Obama administration ended in 2015. The law allows the Feds to confiscate property even when your crime is unproven.

Forbes.com recently explained: “Under these forfeitures, state and local agencies can seize cash and other valuable property, transfer what they have confiscated to federal agencies (like the DEA or ICE), who then ‘adopt’ the property to pursue forfeiture under federal law. Typically, forfeiting property under federal law is easier or more lucrative because safeguards for property owners found in many states’ laws are often missing.

“Moreover, under adoptive forfeitures, participating state and local agencies can collect up to 80 percent of the proceeds from forfeited property. That provides a significant incentive to skirt state law and police for profit. In the year before Holder’s announcement, local and state law enforcement collected $65 million in funding from adoptive forfeitures.”

Congress was so incensed by Sessions’ return to abusive power that the House of Representatives approved several amendments to block Sessions’ initiatives and not a single representative voted against them. Civil asset forfeiture laws are extremely unpopular — only 19% of the public supports them. Unfortunately, President Trump only appears to know Sessions’ views and largely seems unaware of the unconstitutional nature of these laws that treat you as guilty until proven innocent.

Sadly, none of the amendments made their way into the final version of the omnibus spending bill President Trump signed in March. So, the abuse remains.

— Toronto MoneyShow, Sept. 14-15, InterContinental Toronto Centre: I will have a main stage appearance on “Everything You Need to Know about the Markets,” as well as a breakout session on “The SWAN Strategy: My Five Low-Risk Ways to Earn High Dividends and Capital Gains.” Other speakers include Kim Githler, Tom Sosnoff and Gene Simmons. To register and attend for free as my subscriber, call 1-800-970-4355 and mention priority code 045972. Or go to MarkSkousen.TorontoMoneyShow.com.

New Orleans Investment Conference, New Orleans Hilton, Nov. 1-3: The granddaddy of hard-money conventions, I’ll be there this year to speak on a controversial subject: “Investors, Beware! Why Gold Bugs and Austrian Economists Often Offer Bad Investment Advice.” They are often right in theory, but their timing is off, and that can hurt your portfolio. Don’t miss other celebrity speakers including Mark Steyn, Jim Grant, Jonah Goldberg, Dennis Gartman, Rick Rule, Robert Kiyosaki and Brien Lundin. Be sure to mention you’re a subscriber to Forecasts & Strategies when you register. Go to http://neworleansconference.com/wp-content/uploads/2018/08/NOIC_2018_Skousen.html. Or call toll-free: 1-800-648-8411. 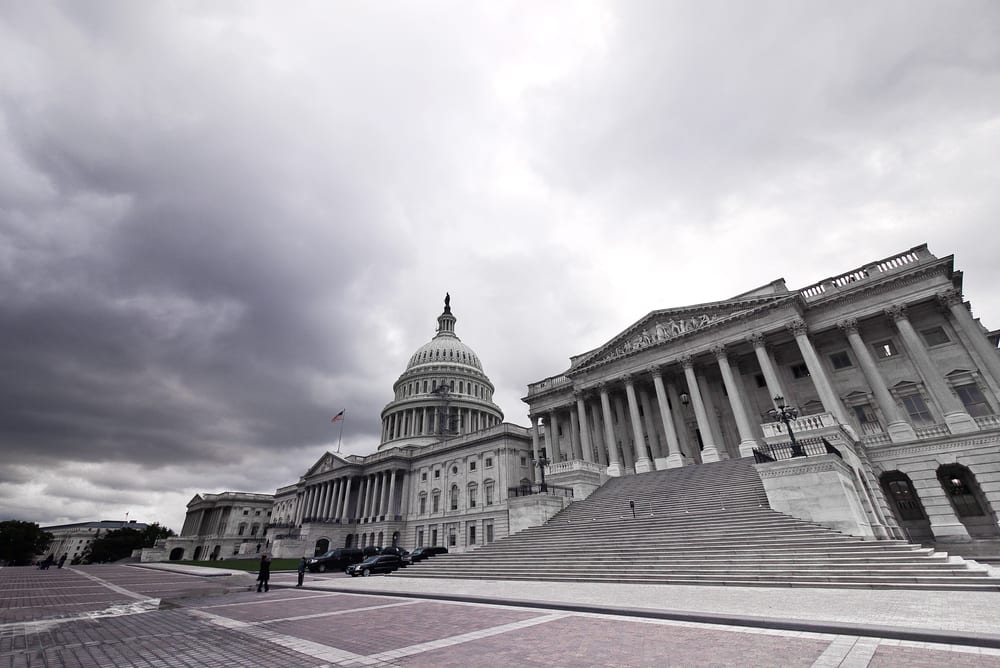 Jim Woods examines the consequences of recent political developments for the market.