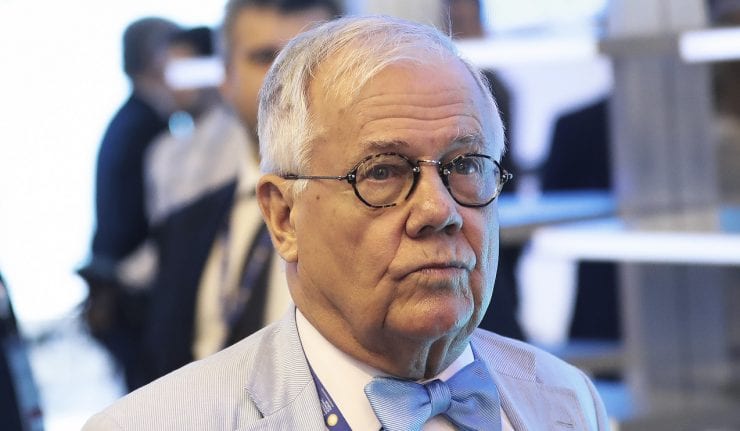 Jim Rogers is an American businessman and investor, who co-founded the Quantum Fund and created the Rogers International Commodities Index (RICI).

From 1970 to 1980, the Quantum Fund zoomed 4,200%, while the S&P climbed 47%. Clearly, the Quantum fund was a huge success and Rogers decided to retire in 1980. Since then, he has continued to manage his own portfolio, served as a professor of finance at the Columbia University Graduate School of Business and became a favorite financial commentator with the media.

Rogers gave a presentation at the recent 2018 San Francisco MoneyShow entitled, “How I See the World and What I Am Doing About It.” Rogers offered the audience invaluable information about the economy and where it may be heading.

Rogers currently lives in Singapore and is raising his two daughters there. He said that the future of the global economy relies on Asia. Specially, the 21st century is the century of China, he added.

As for the United States, interest rates are the lowest they have ever been. Once interest rates go back to normal levels, Rogers predicted that the next bear market will hit.

Before that event occurs, Rogers opined that people should invest in the agriculture industry. He thinks that buying land in agricultural regions is a smart idea. People can use this land to farm, but on top of that, can use the land to set up shops and homes for farmers. Rogers feels that farmers are going to be rich in the future. Therefore, having any type of land that relates to the farming industry is a good investment, according to Rogers.

Jim Rogers’ insight into the U.S. and global economy is appreciated. To learn more about the interesting life that Rogers has lived, simply search his name online.

previous article
What are VIX Options? – And how to trade them
next article
Buy-and-Hold vs Market Timing – What is the Better Investment Strategy?
share on:
Exclusive  Is Terra’s LUNA the Best Cryptocurrency?